India realises it can't afford to miss the unfolding revolution in nanoelectronics. It has already made its move with two incubation centres 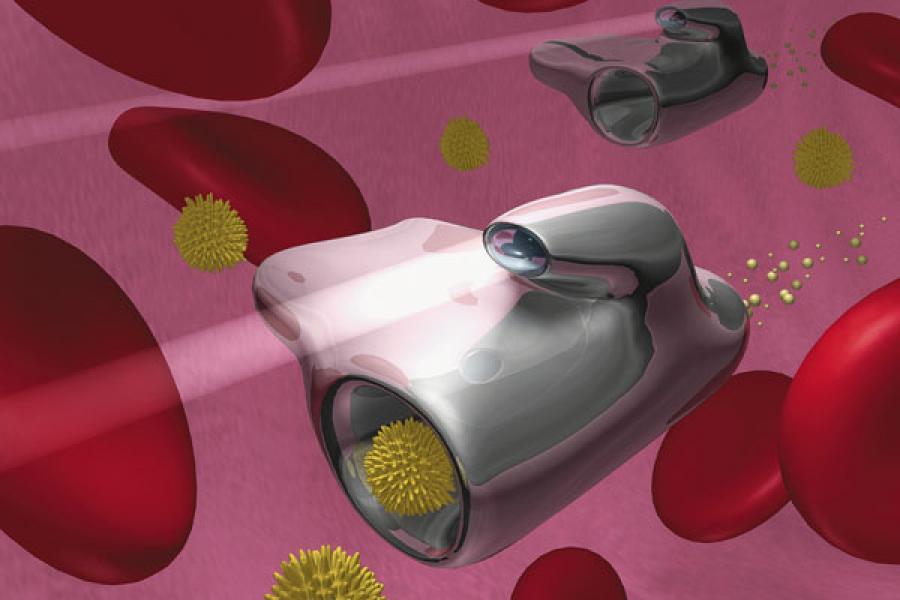 As the year began, a large congregation of scientists at the 98th Science Congress in Chennai got a dose of Prime Ministerial advice: Enhance the research environment with more public funding and increase linkages with the industry. Exhorting them to think ‘big’, Manmohan Singh ushered in the ‘Decade of Innovation’.

Meanwhile, in a quiet ceremony in Bangalore, a new Centre of Excellence in Nanoelectronics (CEN) was opened at the Indian Institute of Science. As one of the two such centres — the other being at IIT Bombay — that have come up at a cost of Rs. 400 crore, its mandate is to help India leapfrog into the nanoelectronics age since it ostensibly let the semiconductor, and hence microelectronics, wave pass by more than two decades ago. “We can’t afford to miss this bus,” says principal scientific advisor to the government, R. Chidambaram, the force behind these centres. The two CENs are largely funded by the ministry of communication and information technology (MCIT) to train people in nanotechnology, develop new technologies and commercialise them.

So how tiny can these devices get? A nanoelectronics sensor (one nanometre is one-billionth of a metre) is so tiny that it can measure the mass of a single molecule. That’s too small for Indian industry’s level of expertise — the industry has found even regular electronics hardware tough to crack. A task force report lying with the MCIT for consideration, projects that the gap in demand and domestic supply of electronics hardware will increase from $83 billion in 2014 to $296 billion by 2020.

But what will it really take to make these centres the seeding ground for cutting edge technology and businesses? A few crore in annual operating expenses, a large band of industrial partners to co-develop and commercialise products, and above all, a grant corpus that will help researchers incubate their technologies.

In this, there is already a good model to follow, one that has guided the setting up of the CENs — the National Nanofabrication Infrastructure Network (NNIN) in the US. This network facilitates users from universities and industries in research, engineering  and technology development. More than 300 small companies in the US use NNIN, which comprises 14 universities. Its director Sandip Tiwari says more than 120 companies have been founded on technologies developed through NNIN and about 20 of them have gone public.

IISc CEN chairman Rudra Pratap nurtures a similar goal. The industry here is nascent, geared to making low-end products like nanopowders that go into coating textile or hard materials. “We are here talking of devices that are three to four orders of magnitude higher… those that go into implants and diagnostics,” he says. A horde of startups is needed that could take up small parts and ready them for bigger systems or devices. “They could then sell it to companies like Philips, Agilent, GE, HCL and others. But for that we need something like Small Business Innovation Research (SBIR), the backbone of NNIN’s commercial success in the US.” 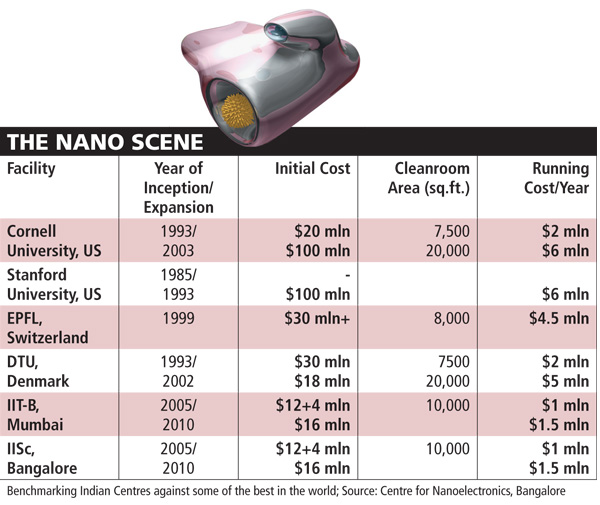 SBIR is a 19-year-old programme that utilises small business to meet federal research and development needs and increase private sector commercialisation. Chidambaram says, “The ministry of communication and IT should look at SBIR model,” but the fact is the ministry hasn’t even committed an annual working capital to the two centres.

Could it be a chicken-and-egg problem? Should the SBIR counterpart come first or the industry participation? Chidambaram says American industries wait for research coming out of the local academic institutions but in India, this is restricted to nuclear and space research.

A modest beginning has been made. Companies like GE, Boeing, Tokyo Electron and Agilent have research programmes at the CENs; Applied Materials, the world’s largest equipment maker for advanced semiconductors, will spend $10 million at these centres. “We are at the threshold of a [nano] technology which has relevance to manufacturing, products, materials, health care, energy, etc. These also have great societal impact,” says Madhusudan V. Atre, president of Applied Materials India.

In the absence of any strategic financing for incubation, only a few technologies developed so far are being commercialised — an explosive detector by diagnostics start-up Bigtec; automotive sensors by auto parts maker Pricol. In about a year, two more diagnostics will be ready to go, says principal investigator at IISc CEN, Navakanta Bhat. But he has already begun worrying about the commercialisation. “That’s our weakest link.”
His devices are based on two bio-sensors: One is for measuring the intra-cranial pressure in the brain, which is a critical parameter during head injuries; the other is for measuring glycated haemoglobin, a surer, but cumbersome, test for diabetes. Bhat believes the industry should participate even at the design stage so that development of technologies is faster. But that needs financial incentives.

In the US, where venture capitalists are a dime a dozen, you still have SBIR funding, even for feasibility studies and prototype development, says Pratap. “In India, inherently averse to risks, you have soft loans for such steps. There’s no encouragement for original thinking in this country.”