The book comes to life in the second half 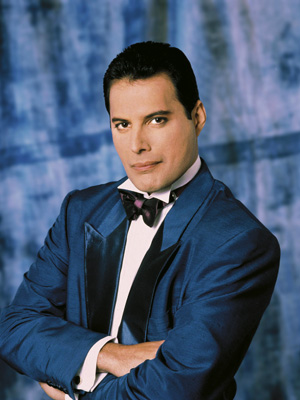 The biography begins with Queen’s performance at Live Aid in 1985, where they stole the show. And that should have set the context for a riveting, breathless tale about one of the world’s leading frontmen. It doesn’t.

Lesley-Ann Jones tracked Queen and Freddie Mercury through their hey-day, all the way to Mercury’s death. She had access to those closest to Mercury. But she bores the reader in the first half of the book by focussing for much longer than required on Mercury’s vanity, insecurity, frailty and narcissism.

Don’t get me wrong. The demons inside Mercury’s head were his curse as well as his boon. He wouldn’t have been half the performer he was without them. But to spend a disproportionate portion of the book trying to analyse them through the eyes of other people is futile.

It didn’t help that personal manager and once-a-upon-a-time close friend Paul Prenter sold him out to News of the World as the paper carried a sordid expose on his personal life. His fight with AIDS, the way he fought the disease and died on his own terms are portrayed beautifully by Jones. The episode where he invites the whole band and entourage for dinner at a fancy restaurant shows the man’s strength. His guests start talking about their troubles, and Mercury, who is literally on his last legs, pulls up his trousers to show a wound that just won’t stop bleeding because his immune system is shot to bits. He then continues dining as if it were the most normal thing in life. It puts his struggle with AIDS in perspective. All those people who were with Mercury in his last days have been spoken to and about. Mercury was the fulcrum around which his friends were bound. Apart from surviving Queen members, most friendships that formed when Mercury was alive crumbled within days of his death. He left his Kensington home to his soulmate Mary Austin who then forced his coterie to move out. Her research is extensive.

This book is worth a read if you can get through the first half. Maybe you don’t have to. Read the first two chapters and then jump straight to the 12th. Tweets by @forbes_india
Over Regulation Keeps Foreign Universities Out of India
I.T. Around the World