Roll in luxury with Jaguar XE

The most serious threat to the trinity of Audi, BMW and Mercedes 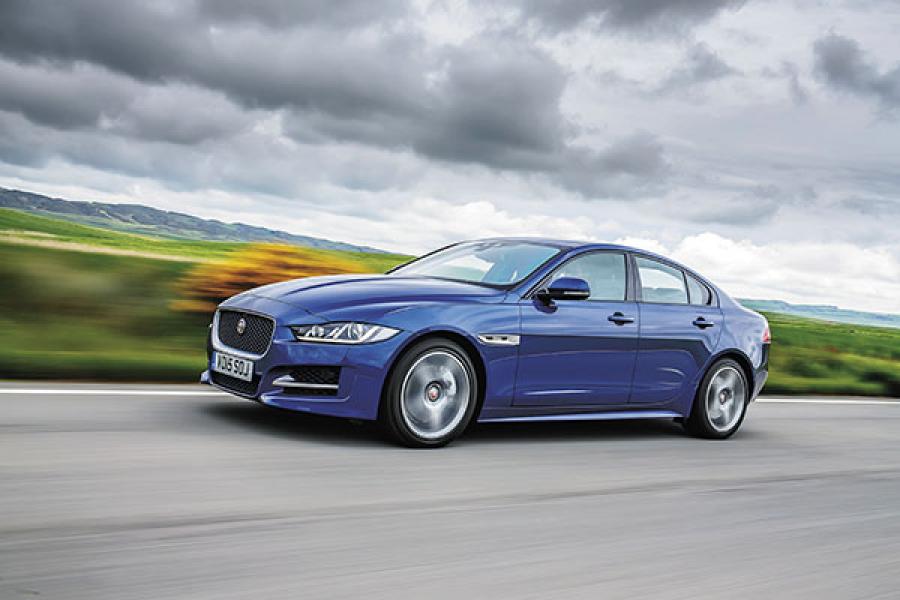 The Jaguar XE is a whole new car that has been in the pipeline for nearly two years. It’s a compact premium sedan, billed as a competitor to the BMW 3 Series, Mercedes C-Class and Audi A4.

First off, the styling. There is no mistaking the fact that the XE is a Jaguar. The cut of the line, the broad shoulders, the huge grille across its face, it’s something we’ve seen on the XF. The XE refines that image, adding a little more focus, strength and clarity to chief designer Ian Callum’s vision. What you get is a car that’s clean to look at, stunning even. The car I drove was the R-Sport variant which gets beefier accents. The only problem is that the forthcoming XF is going to look exactly the same.

The interior of the XE is visually pleasant. There’s an abundance of intuitively placed buttons that feel rich in function. The quality, however, is nowhere in the league of the new C-Class. The one critical change from previous Jaguars is the flip-open air-con vents. Once a Jaguar highlight, they have been replaced with more conventional vents at the top of the centre stack.

Jaguar also has a new infotainment system in the XE and it’s the best it has achieved. Called the iConnect, it plays your music or guides you to your destination. However, dial in at Jaguar’s tech division and what you get is a system that can do a lot more: You can connect your smartphone and allow the system to access your apps; use it as a Wi-Fi hotspot or access the car remotely through your phone and pre-cool, pre-heat, lock or unlock your car.

The XE heralds new technologies that will be seen in other Jaguars. The most important is the new modular monocoque body shell. Made of almost 75 percent aluminium bonded to some steel bits to enhance strength and torsional rigidity, the XE establishes new benchmarks for handling. Jaguar’s tastiest suspension bits keep the tyres firmly glued to the road.

The XE is what Jaguar claims a sports sedan should be like. It is planted and stable at high speeds but it’s only on a racetrack that you get a sense of what it is truly capable of.

The new electronically assisted power steering is probably the best I have experienced. It’s not about precision or ease of use, but about how the weight feels just right and how there is enough feedback on road or track.

Power comes from a choice of three engines, the new 2.0-litre four-cylinder Ingenium diesel, a four-cylinder petrol that is available in the XF and XJ and a supercharged V6 petrol that also powers the F-Type. Power delivery is linear, so while acceleration is rapid, it’s never jumpy or rushed.

With the XE, Jaguar poses a serious threat to the trinity of Audi, BMW and Mercedes. Expected to come down to India in 2016, the XE should be a very good option for those looking for a stylish and dynamic premium entry-level sedan. But everything will hinge on pricing.

Tweets by @forbesindia
EPFO to invest Rs 5,000 crore in stocks this fiscal
Indian parents want to give their children wings to fly: HSBC study