Noni Purnomo and the tale of Indonesia's biggest taxi operator 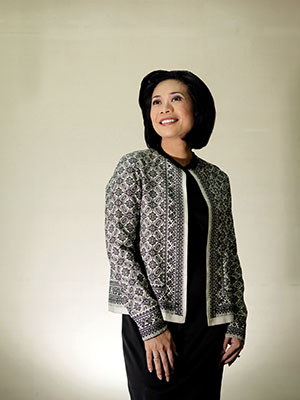 As hundreds of rival cab drivers barricaded a hotel in the resort city of Nusa Dua on the Indonesian island of Bali, Noni Purnomo slipped through a service entrance to talk with managers. The hotel planned to hand its lucrative airport shuttle services to her company, Blue Bird, but local drivers were having none of it.

With tempers running high, she brokered a truce—the lone woman in a hotel meeting room with dozens of angry men. Alternating between charm and steely resolve, she recounts how she pressed protest leaders to be specific about their complaints. Eventually the two sides agreed to divvy up the business, with her company overseeing quality standards and pricing.

“They were ready to fight,” the 45-year-old Purnomo says, declining to name the resort at the centre of the dispute. “Maybe my gender helped. They saw I was there to find a solution. Besides, no one wants to be seen hitting a lady.”

Three years later, fresh from the $230 million IPO of Blue Bird TBK, the taxi division, Purnomo has a new challenge. Since her grandmother set up the company more than 40 years ago, Blue Bird has become Indonesia’s biggest taxi operator and one of its most successful brands. Its immaculately kept Toyota Yaris compact cars and polite drivers have turned hailing a cab into a safe bet rather than a calculated gamble. But with its 30,000 or so taxis dominating most major cities, the company is looking for new growth.

While father Purnomo Prawiro is still at the wheel of the taxi company, Purnomo, as president-director of Blue Bird Group Holding, oversees the entire land-transport portfolio and looks for new opportunities in logistics: The art of sorting and supplying just about everything. From its roots ferrying people from A to B, Blue Bird aims to grow into a company that will transport goods as varied as ice cream, dish soap, fresh food and electronics to Indonesia’s burgeoning middle class.

It won’t be an easy task. The country’s decrepit ports, meandering roads and even traffic cops who badger drivers for money can add hours to a journey of a few dozen kilometres. Wilted spinach and $8 peanut butter are standard fare in Jakarta grocery stores. An orange from Medan on the island of Sumatra costs more than one shipped from Southern China, which is triple the distance.

Purnomo’s strategy involves merging the group’s three logistics companies—Iron Bird Trucking, Iron Bird Logistics and Ocean Air, a freight forwarding company—into one. The goal is to move away from simple shipping to and from ports, creating a company that offers a full range of logistics services, including warehousing, to big-name clients such as convenience store chain 7-Eleven and consumer products giant P&G that will pay to ensure their mineral water, instant noodles and shampoo are on tap for consumers.

Blue Bird’s fleet-management skills, its emphasis on human resources and its reputation make the pivot into logistics easier, says Purnomo. “We are very confident we can use the skills of passenger transportation for the logistics business,” she says.

“It makes sense to expand now,” she adds, as the new government of President Joko Widodo spends big on ports, rail and public transport. “The Indonesian economy is growing. We need foreign direct investment, and all this needs logistics.”

Consulting firm McKinsey says some five million Indonesians—roughly equal to the population of Singapore—join the ranks of the consuming class every year. It’s a trend that is expected to continue for at least the rest of this decade. For now logistics is a tiny share of Blue Bird’s business. At $7.8 million last year it was a rounding error relative to the listed company’s revenue, which is estimated to have hit $370 million in 2014, resulting in net profit of $62 million, according to an analyst at Jakarta-based Danareksa Securities.

Hally Hanafiah, vice president of sales and marketing at Iron Bird Trucking, would like to see sales growth from logistics of 25 percent a year as the business unit lands bigger clients. That’s thanks in no small measure to Purnomo, he says. “I was so happy when I heard that she would lead the logistics business,” Hanafiah recalls. “She’s humble, but she brings big clients to Iron Bird. I won the P&G business because of her.”

For investors, and some of its staff, Blue Bird’s biggest drawback is its labyrinthine ownership structure. In part this is because of local laws that restrict taxi licensing to any one company, but family infighting has boiled over into public view.

A district court in Jakarta dismissed a lawsuit in February last year lodged by an aunt opposed to the IPO. The action threw a wrench into raising capital, forcing Blue Bird to halve the planned sale, which went ahead in November 2014.

The company is eager to point out that the suit has been put to rest and that the taxi business was never at risk. Blue Bird shares have almost doubled to about $1 since they first changed hands on the open market in November last year.

“It’s a well-run company, but people were confused about who was getting sued. Investors saw that the impact on the company itself was limited,” says Verdi Budiman, head of equity at Eastspring Investments in Jakarta. Eastspring participated in the IPO. 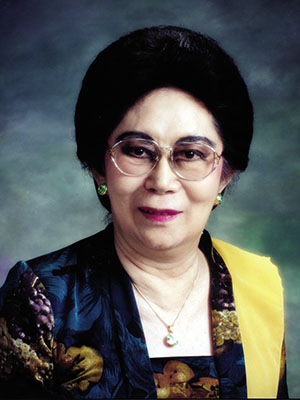 The company, which says it has no ambitions abroad, continues to push into remaining Indonesian markets such as Bali, where its airport limousine service, Golden Bird, caters to well-heeled holiday makers. Its executive transport services—a fleet of sleek Mercedes Class-E sedans—and even its motor coaches help the company land higher-paying fares. Its overall fleet size will climb to more than 34,000 vehicles by next year.

There may be more room to grow. Indonesia is one of the world’s least-served taxi markets.

According to a Euromonitor report, Jakarta has 1.4 taxis per 1,000 residents, compared with 5.3 in Singapore and 10 in Bangkok. While car-sharing services such as Uber have made a start in the local market, Blue Bird has a wide lead. Its closest competitor, PT Express Transindo Utama, is about one-third the size of Blue Bird.

Blue Bird’s management, Purnomo in particular, seems to inspire loyalty in workers. The company makes a point of offering training and support, including free health clinics that dispense basic care. School tuition and a guaranteed percentage of the day’s receipts represent a huge opportunity for its 38,000 drivers.

On a rainy weekday evening Budi, a 35-year-old driver from the highlands town of Bogor, west of the capital, says he will likely take the company up on its offer of a low-cost loan to buy a motorbike. “People like Blue Bird. It’s easy to pick up passengers,” says Budi, who used to work for rival Express. “I can drive for anyone if I move on from here.”

Blue Bird is one of those rare companies that has defined its industry. Rivals try to ape it, painting rusting Chinese imports in Blue Bird’s colours in the hope of stealing some of its lustre. Bars catering to expats post signs advising drunk patrons to ask a staffer to hail them a Blue Bird taxi.

Blue Bird drivers receive five days of training over six months that focuses on etiquette, driving techniques and, in Jakarta and major tourist areas, basic English. Every two years they return for a day-long refresher course. The company conducts secret audits of Blue Bird taxis to ensure drivers are using their meters. When US President Barack Obama visited Jakarta in 2010, the US government hired Blue Bird to ferry much of his entourage.

Purnomo has spent most of her career at the family company, which was launched in 1972, when she was three. Even as a child, she spent much of her free time with the drivers.

After graduating from the University of Newcastle, Australia, with a degree in engineering she headed to the US for an MBA at the University of San Francisco. She recalls that during academic breaks she was at home, working either in the office or the garage. She still drives a cab one day a year to “better understand our drivers”.

Empathy for the drivers and their families inspires the company’s charitable work. A women’s empowerment effort started by Purnomo and an employee has reached out to 200 wives of drivers, offering them small loans and training to start businesses out of their homes. Extra income from baking or sewing can make the difference between sending a daughter to school and marrying her off young, says Nova Hapsari, who helped found the effort.

Hapsari, who pitched the idea to Purnomo, says: “She is always nice with people. She can juggle her family, her job and social things all at once. She’s Superwoman!”

Executive, wife, mother, Noni Purnomo seems to manage it all with aplomb. But eight years ago, she says, that was far from the reality.

Three months after her second daughter was born, she was pregnant with her third, now seven, and even though the children were young and demanding, she tried to maintain her hectic schedule as vice president under her father, who was grooming her for succession.

“I was juggling a lot of responsibilities, all equally, all at the same time,” she says. In strikingly honest terms, she paints a picture of overwork, fatigue and depression. “I was a perfectionist, and apparently that’s impossible,” she says. Counselling helped her to give herself permission to take her foot off the accelerator every now and again. “I had to accept that I could do that. I didn’t have time for everything.”

On weekends, the office is not supposed to contact her unless it’s an emergency, and she is often home on weekdays by 6 pm. Purnomo challenges her daughters, the eldest of whom is 15, to tell her the day’s good news, the bad news and the ‘fun news’. “My eldest added that last one. She said, ‘Life should be fun, too’,” says Purnomo. Whether Purnomo wholeheartedly agrees with that notion is unclear. Her hobbies have a utilitarian edge.
She alternates between various forms of martial arts, including, in the past, Muay Thai kickboxing and Taekwondo. Now it’s Brazilian jiu-jitsu, which she says “is more about technique”. “It needs persistence and feeling.”

Armchair culinary pursuits round out her pastimes. “It’s my balancing aspect,” she says. On most nights, she reads cookbooks before she goes to bed. British chef Heston Blumenthal, whose titles include In Search of Total Perfection, is among her favourites.

“I don’t cook anything from them. I just like seeing how everything fits together.”