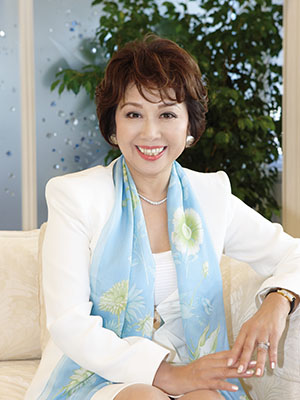 The chief executive officer and founder of Poppins, Noriko Nakamura, 64, knows a bit about juggling family and career. The struggle to find adequate day care for her child led her to start a nursery care company in 1987. Named after the nanny character in the book series, movie and musical Mary Poppins, the company plans to double its nearly $100 million in annual revenue by the end of 2020 and may list its shares.

With Japan’s push to expand the labour force, the country desperately needs greater day care to enable more women to work. Nearly 60 percent of women surveyed in the Tokyo metro area said they had given up on going back to work after childbirth because of a lack of child care, according to a 2012 report by the Benesse Educational Research & Development Institute, an affiliate of day care and education-services provider Benesse. While, in other parts of Asia, extended families help with child care, fewer households with children in Japan include grandparents or other relatives that can help. Nakamura’s success is all the more compelling considering government hurdles, including prefectures dragging their feet on approving day care centres run by for-profit corporations and much higher taxes imposed on privately owned child care centres compared with competitors run by social welfare organisations. Nakamura is also founder and chairman of the Japan Association for Female Executives, which aims to improve opportunities for women. We spoke with her in Tokyo.

Forbes Asia: With Poppins posting strong growth in recent years, what are the longer-term goals for the company?
Noriko Nakamura: Our operating profit [margin] goal is 8 percent. Hitting 8 percent in the service sector in Japan is really tough; ours is now 5 percent. In our midterm plan through 2020 we want to take that to between 8 percent and 10 percent. We are targeting $150 million in revenue in 2017 and $200 million in 2020 [from the $100 million expected this year or 2015], with 300 day care centres in Japan and overseas from 136 now.

Q. What are the reasons for the strong growth expectations?
Over the past four years, revenue has been rising by 15 percent to 20 percent annually. Now there is the tailwind of Prime Minister [Shinzo] Abe’s child-rearing-support programme and the decision to use part of the increase in the sales tax in April [to 8 percent from 5 percent]. Seven billion dollars of that will be set aside for child-rearing support. With that, I think that Poppins will grow quite a bit this year and over the next few years.

Q. Are there plans for an IPO?
We were prepared to list on the Jasdaq [Securities Exchange in 2008] but decided against it in the end because we didn’t see enough merit. If we’re going to do an IPO, it ought to be on the Tokyo Stock Exchange’s First Section. Some of my conditions for that would be to have $100 million in annual revenue and, at the least, a stable 10 percent [operating] profit [margin]. We are reaching that point, and I think that the next CEO will make that decision, if she thinks that’s the right decision. That handoff will be in the next few years; my successor was announced when we recently celebrated our 25th anniversary.

Q. Why was the listing cancelled?
We decided against the IPO then because the Japanese stock market had dropped so much, and we wouldn’t have gotten much [capital] by listing. We did accomplish one thing that I wanted to do: Put the company in order. Because we were growing so fast I wanted to improve our internal controls by preparing for the listing. That meant our compliance, governance and our financial base would become crystal clear.

Q. What are the main roadblocks to more women having careers and becoming managers and executives in Japan?
There are the $10,300 and $13,000 barriers that the government has put up against women. So if one is a housewife and working part-time and considered a dependent, there is no need to pay income taxes up to $10,300. She can keep that entire amount. Then there is the $13,000 barrier. Above that, she has to pay income taxes and can’t be counted as a dependent. Then, her husband, who is getting a pay benefit for an extra dependent from his company, loses that. So, while on the one hand, the government says it’s trying to increase women in the workforce, it’s thwarting them.

One other thing is the lack of support for child care. Prime Minister Abe has called for increasing the number of day care slots by 400,000 over the next five years. That’s good, but in reality there are 850,000 children waiting to get into [nationally licenced] day care. It’s like pouring water on a red-hot stone.

One of the reasons that more nurseries haven’t been built is because of overly strict regulations. It’s much deeper than just regulations; it goes down to the bedrock. There is a whole “nursery tribe” of politicians and [non-profit] social welfare organisations. These organisations have attached themselves to the [ruling Liberal Democratic Party] and made these strict regulations. As such, despite for-profit corporations being quick, rigorously pursuing quality and offering strong cost performance, the government is tightly restricting their entrance.

Q. Do you think that Japan will be able to hit the government target of 30 percent female corporate managers and executives by 2020?
It’s not just society—companies and bosses bear responsibility [for the lack of female managers and executives]. Women also bear responsibility for the other half of it. Women need to change their mindset [about taking risks and responsibility]; they haven’t done that yet. So I question whether Japan will meet the goal of getting women into 30 percent of the corporate positions of responsibility by 2020. But I am thinking about how to reach that target. For example, we need to think about expanding visas for people to help with housekeeping and child care, too, such as for Filipinos [because they speak English and have much experience working overseas].