Singapore's Cordlife harvests stem cells of newborns and stores them for years, in case of a rare disease. Increasingly, Asian parents can afford this luxury 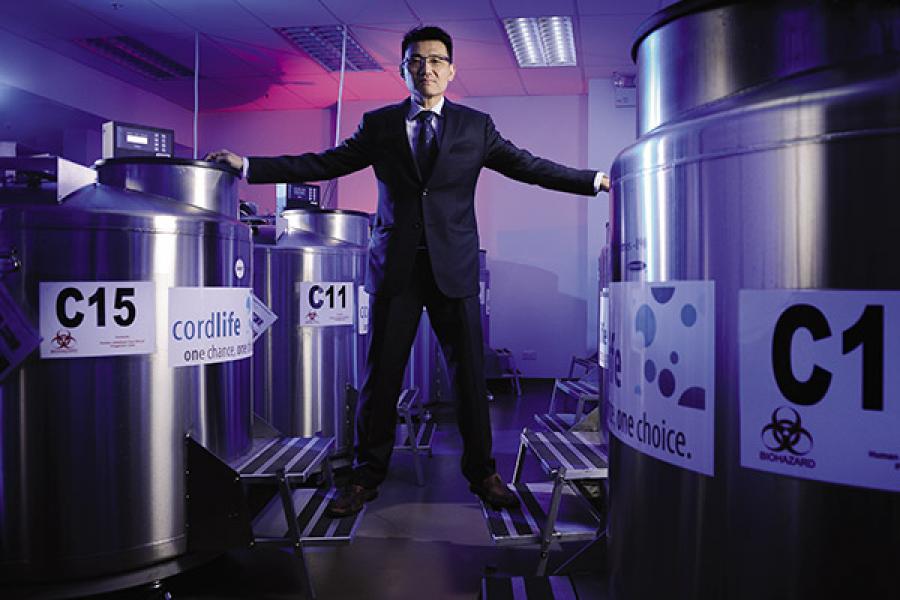 Image: Munshi Ahemad for Forbes
CEO Jeremy Yee: “Our strategy is to empower everyone to store.”

Walking down a hallway at the headquarters of Singapore healthcare company Cordlife, Chief Executive Jeremy Yee points to plaques commemorating 18 successful stem-cell infusions over its 14-year history. Georgia Conn’s cerebral palsy has improved after getting blood from her own umbilical cord when she was two years old. One 16-year-old is now in remission from leukaemia, thanks to receiving his sister’s cord blood. “The odds of fighting off disease in a family are much higher if you store your own cord blood,” says Yee. “Our strategy is to empower everyone to store.”

Cordlife has cord-blood banks in five countries and rallies expectant parents with the emotive tagline, ‘One chance, one choice’. It’s like an insurance policy against a rare disease: The stem cells derived from the blood are used in transplants to combat types of cancer and blood disorders. But customers are looking beyond current medical uses as advances in stem-cell therapy continue. Researchers hope cord blood will be used for a host of other conditions, such as diabetes, heart disease and stroke. “Our role as a custodian is very much like a bank,” says co-founder Ho Choon Hou, a principal at Southern Capital Group, a Singapore private equity firm. Ho also chairs Cordlife’s board.

In Singapore, new parents can choose to have their child’s cord-blood stem cells stored for 21 years under a $4,000 plan. Storing the umbilical-cord lining costs another $4,450. The plans can be renewed.

Banking umbilical-cord blood has caught fire in Asia, and Cordlife is well-positioned to cash in. The company boasts more than 100,000 customers and 700 employees for the region’s largest network of cord-blood banks. Singapore and Hong Kong are its most developed markets, with India, Indonesia and the Philippines quickly advancing. It also has a stake in Malaysia’s StemLife Bhd, which gives the company indirect access to Thai StemLife.

Investors are piling in. Cordlife’s  shares on the Singapore Exchange are up 25 percent this year, and analysts continue to rate the company a buy. Net profits more than doubled to $24.2 million for the year ended June 30, 2014. Analysts forecast lower net profits for the year ended last month but also a 13 percent rise in revenue, to $43 million.

The business has its sceptics, however. Several government health agencies and doctors’ associations in the West doubt that storing cord blood is a good way for parents to spend their money. The UK’s National Health Service cautions that the “probability of an average child requiring a transplant of their own stem cells before the age of 20 is estimated at between one in 5,000 and one in 20,000.” For leukaemia, it states, the use of a child’s own cord blood is “extremely unlikely”.

Intent on driving down costs, Yee champions a no-frills operation. An energetic, 45-year-old trained accountant, he’s Cordlife’s “longest surviving employee”—he joined in 2002. His own small office is tucked in among a hive of 110 employees.

Steps from his office Yee peers through a window overlooking the lab. Here no expense is spared. Twice a day technicians receive deliveries of cord blood from hospitals around Singapore. They cull the maximum number of adult stem cells from each specimen, placing the CryoBags—marked and sealed—inside one of 15 temperature-controlled metal tanks, where they remain for the duration of the plan. 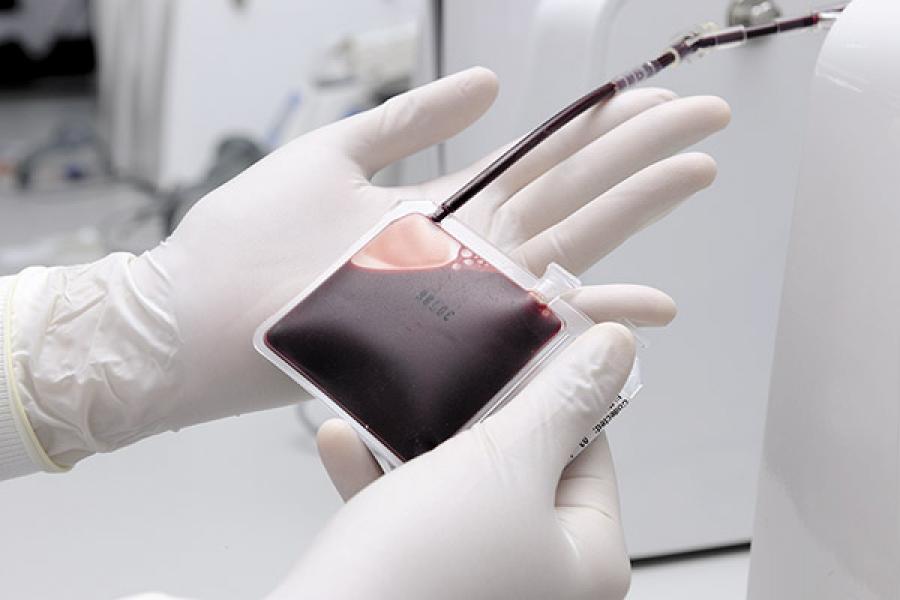 Similar operations exist across Cordlife’s Asian network. In India, where the charge for storing cord blood is $860 for an 18-year policy, Cordlife stores blood in Kolkata, has service centres in 42 cities and faces stiff competition. “Currently India is the largest contributor of new clients, though margins are lower,” says Yee, noting that volume jumped 50 percent in the fiscal year just ended.

To capture more market share in India, Cordlife launched a pricey advertising campaign last year. While that hurt the bottom line, Yee believes the awareness of parents required a jump start. Analysts liked the move. “It’s a one-off shot,” says Conrad Werner at Macquarie Capital Securities. “Make a blitz and reap the reward. Next year we forecast a 46 percent jump in net profits.”

This year Cordlife agreed to sell its stake in the Chinese cord-blood bank operator CCBC, mainly because that company may be taken private. The sale is expected to generate net proceeds of $65 million, money that could help Cordlife build a business in China: “We will start organically now in China, licensing technologies to hospitals and launching new screening services,” says Yee. “We hope it will be a huge share of our revenue stream.”

Though Cordlife is now well established, its startup days in 2001 were tough. Singaporeans had to be persuaded to save their children’s blood and to pay top dollar to do so. The venture was the brainchild of entrepreneur Steven Fang, a Singaporean who is no longer with the company. Fang sought venture capital funding for an Asian version of New York’s then nine-year-old government cord-blood bank, while Ho focussed on talking to regulators and doctors.

In those early days the 21-year plan was pricier, but Cordlife still managed to sign up between 20 and 30 new mothers every month, stressing its promise of the highest-quality storage possible and its American Association of Blood Banks accreditation. “Our drive to transparency and [good] governance was key for us,” recounts Ho. The company went public in 2012.

Western parents rely less on private-sector cord-blood banks than Asians do. In the US and Europe, market penetration rates for private banks hover at just 5 percent of all live births; in Singapore it’s 22 percent, the lion’s share going to Cordlife rather than to its two competitors, while government banks get just a tiny percentage of the rest. “Asian parents invest an enormous amount in their children,” says Ho.

In India, Indonesia and the Philippines penetration rates are under 1 percent. However, analysts predict that they will rise as parents’ awareness—and ability to pay—ratchets up. Cordlife’s “addressable sweet spot” is households with annual incomes of at least $50,000, according to Werner at Macquarie.

For now Cordlife will hold off on opening offices and banks in more countries, choosing instead to build its key storage business in existing markets and expand its services. It wants to sell more services to doctors and hospitals in other countries, including China. Yee cites plans to roll out at least five new mother/child products and services, which will focus on children up to age 7.

“I used to be afraid of the share price,” admits Yee, “but after soul-searching I realised that is not the way. My endgame is to satisfy shareholders and be value-adding to humankind. I’m hot about that.”

Tweets by @forbesindia
Top jocks: 100 highest-paid athletes
Best under a billion: The top 200