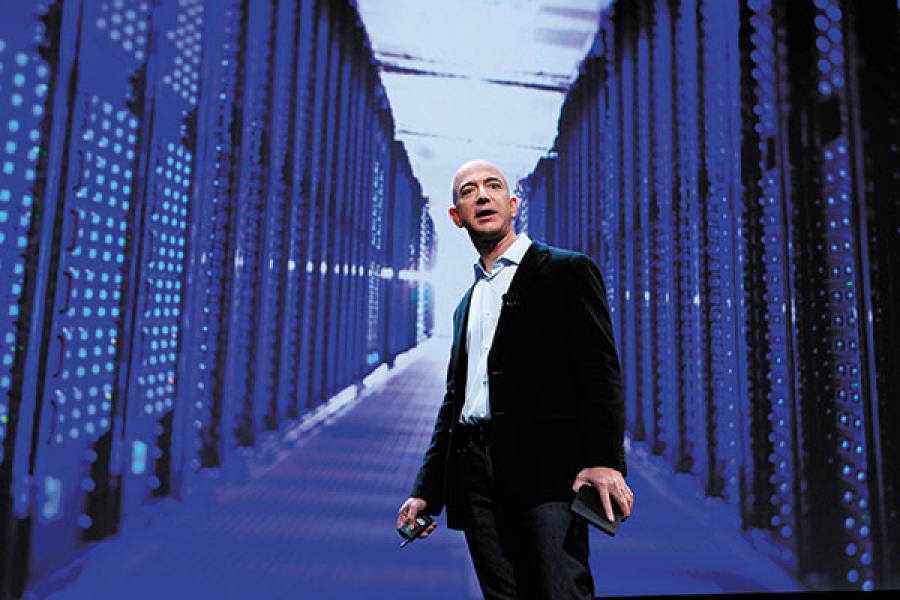 On June 5 Amazon launched www.amazon.in . The consensus opinion among most internet watchers was that founder Jeff Bezos and Amazon would need to work very hard to play catch-up in the Indian ecommerce market that homegrown players like Flipkart had largely sewn up. Worse, Amazon was starting off as a third party marketplace (ie, it provides the platform for others to sell), instead of selling directly.

But reality may be exactly the opposite. Amazon seems to have chosen an entry date and strategy that allows it to use its strengths to maximum advantage.

Advantage 1: Others have done the groundwork already
Despite all the frantic coverage it generates in the media, the size of the Indian ecommerce market last year was estimated to be only between $1-2 billion (around $1 billion said McKinsey, while Forrester Research pegged it at $1.6 billion). These estimates exclude $6-7 billion worth of travel bookings that are made online.

For a company like Amazon whose 2012 revenues were over $61 billion, a sub-billion-dollar market is simply not worth the effort. It would have been happy to see the likes of Flipkart, Jabong, Myntra and numerous others (many of whom have shut down) spend millions of venture capital dollars on advertising, logistics, technology, discounts and customer service over the last five years to convince the notoriously sceptical Indian consumer to transact more often online.

Their results have now started to pay off. Forrester estimates that the Indian market will grow at a compounded growth rate faster than any other country in the Asia-Pacific region to reach $8.8 billion in 2016.

So, not only is Amazon entering a sufficiently large market, it also knows the tactics that have enabled Indian players to win market share—cash-on-delivery payments, liberal return policies, free or subsidised shipping and in-house logistics. All of these it has incorporated into its operations right from day one.

Perhaps the biggest advantage Amazon is coming with, which many confuse as its weakness, is its third-party marketplace model.

A few years ago marketplaces were rare in the Indian ecommerce space; eBay was the only exception. But over the last 6-12 months many leading players like Flipkart, Jabong and Shopclues have started focusing on selling through a marketplace model. Snapdeal, once a Groupon clone, is now a pure marketplace.

Marketplaces are attractive propositions because the costs of running one are significantly lower than direct sales, thus resulting in faster and fatter profits. Marketplaces are the dominant ecommerce models in large markets, including China, South Korea, Japan and Latin-America.

Given that marketplaces are only just taking off in India, no one player has a clear lead over Amazon.

Advantage 2: AN Exhausted Competition
Amazon is also entering India at a time when almost every player is struggling to conserve cash and yet grow business. After a boom in ecommerce venture funding, the last two years have seen a progressive withering away of additional rounds. Smaller players have had to shut shop, while even larger ones are realising that catching the chimera of profit requires an almost endless source of funding.

Take Flipkart, the industry’s leader by far. After having grown at a breakneck speed using over $180 million in venture funding, the company has in recent times been forced to lay off employees, streamline operations, reduce discounts and shipping subsidies, and slash categories in an attempt to bring down the amount of money it loses every month, or ‘burn rate’. Sources say it managed to bring that down from the $8 million to about $6 million over the last six months, with around $80-85 million still left in the bank.

Amazon knows this, and is twisting the knife where it knows Flipkart is hurting. Having launched with books, movies and TV shows to begin with, it is attacking Flipkart’s undisputed area of strength by throwing in ‘introductory’ offers of free shipping; higher referral commissions (10 percent versus the industry’s 5-6 percent) and lower prices on many books.

Flipkart, the incumbent, has to defend itself. In doing so, its burn rate has again started creeping up even as sales aren’t growing as fast as in the past, say the same sources. This will further push back its deadline to turn a profit, which in turn will make attracting the next reported $100 million in funding even tougher.

Amazon in contrast, with its deep pockets and uncharacteristically long-term stock investors (who give it a really long rope, compared to most other ecommerce investors), can easily keep increasing its investment in India with nary a blip on its financial operations. And once it launches mobile phones and electronics over the next few weeks, Amazon will be competing with nearly three-fourths of Flipkart’s overall revenue base.