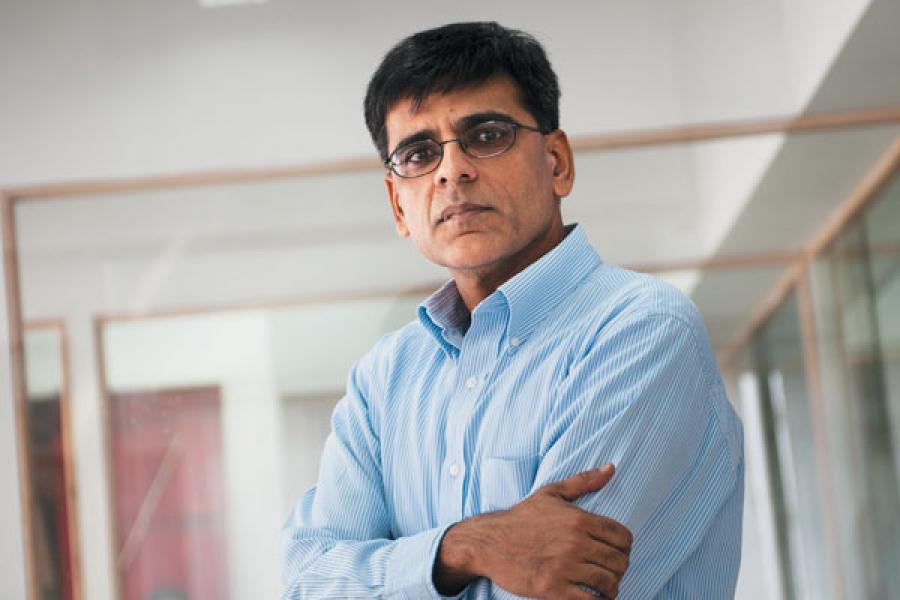 For a man steeped neck-deep in the financial markets, Ajit Dayal holds some unconventional views. For one, he believes that people in the markets are generally crooks. And that their salaries must be capped. He also thinks mutual funds don’t always make ‘buy’ and ‘sell’ decisions in the interest of investors. And that they are wrong in their single-minded focus to become larger and larger asset gatherers.

So far, so good. Every market has its share of non-conformists and whiners who sit in a corner and see the rest of the world profit from what they hold to be insanity. These guys are great candidates for writing magazine articles and being the counterweight speakers in seminars. But in the long run, their outbursts fail to shake the status quo.

The one difference with Ajit Dayal, however, is that he is also a doer. The 50-year-old has a track record of pioneering change in India’s stock markets and making the right calls before others. He was hawking Indian equities to smart money abroad before anyone else and seeded the birth of equity analysis in the country. He identified early on, the power of Internet in investment advice and even used comic strips to educate investors.

So, when he does something as outrageous as selling mutual funds directly to investors and bypassing distributors, it is bound to shake up established conventions. Now, there are hundreds of schemes competing for investor attention and the ones not vigorously marketed by distributors stand little chance of garnering money. So, a fund that does not go through distributors at all should not be on anybody’s horizon.

Yet, for the past several months, Dayal’s Quantum mutual fund has been one of the most watched asset management houses in the country. The assets under its India-focussed overseas equity fund, Q India, have grown by 10 times in the last 29 months to $1.1 billion (including separately managed accounts). Ironically, the growth began in September 2008 in the aftermath of the Lehman crisis, when the assets of most funds started depleting. “We are surprised ourselves,” says Dayal.

For two years since he began in 2006, Dayal had to make do with meagre assets and the neglect by large sections of investors. But he believes the time for his distributor-free business model has now come. He is upping the ante for Quantum Long-Term Growth Fund (QLGF), a tiny Rs. 65-crore domestic retail-oriented fund. And the regulatory change in India that has outlawed upfront levies linked to distributor commissions has put Quantum in a sweet spot.

Value vs. Valuation
Dayal says he can never forget what a friend told him years ago: “The closer you get to money, the more it stinks.” And the smell of money was never more unbearable to him than when he saw it leaking to the middlemen in the mutual fund chain. For years, Indian fund houses charged entry loads on mutual funds, an upfront levy for investing with them. This was passed on to distributors as commission, causing a typical 2.5-percent loss to the investor the day he or she invested.

Distributors, in turn, pushed only those schemes that gave them the best commissions, not the ones suited for investors. Dayal says the system where investors paid for their own disadvantage worried him.

In 2005, Dayal got a licence to start a mutual fund in India and went about talking to distributors on ways to market the new fund house. He says distributors didn’t bother asking him about his track record; they were only curious to know what kind of commission they could expect. Some even gave him a rate card that gave different rates of commission based on the expected fund size. It was then that the thought of launching a fund without distributor involvement struck him.

Dayal had worked with Tom Hansberger, the legendary co-founder of Templeton Mutual Fund and a value investment maven, in a previous job. He had been the deputy chief investment officer for the global fund of Hansberger Investments during 1997-2004. In 2000, Hansberger Investments had got the mandate to manage Vanguard International Value Fund (assets $1.7 billion) and Ajit Dayal was made the lead fund manager of the portfolio. It was here that Dayal understood how direct marketing to investor works. “His overall experience with Hansberger and later on managing the Value Fund helped us in Quantum to really take the bold decisions of going direct to the investors,” says I.V. Subramaniam who heads equity investment strategies at Quantum.

The arguments in favour of distributor-free funds were compelling. Funds sold through distributors often come under a compulsion to keep invested even in the face of imminent crash because otherwise, distributors won’t bring more money. Going into cash would temporarily depress the net asset value and distributors wouldn’t like that. But the flip side was that when the crash did happen, the damage was heavier and the redemption pressure intense. Quantum’s funds, on the other hand, were largely safe from such outcomes. But its funds weren’t really overnight successes. Being a value investment house, Quantum isn’t likely to set investors’ hearts on fire in a rising market. Its funds do better than the broader market typically in bad times. So, in the boom time before 2008, getting investors was tough business.

Dayal hit the road. He had been a global commuter since the mid-1980s, dividing his attention between India and the US. He took to doing what he loved best — facing investors eye-to-eye and telling them why they must invest with him. Little by little, the overseas fund reached a fund size of just above $100 million by September 2008. Surely, it looked like a long haul.

And then, the Lehman crisis happened. With stock markets plunging sharply, investors started looking for defensive options. Many of them chose the Q India fund, given its value investment strategy and plenty of liquid assets. And it was clear that the gambit had begun to work.

The domestic retail fund, on the other hand, is still stuck at Rs. 65 crore, a tiny speck in the $155-billion Indian mutual fund industry. The overseas fund is focussed on institutions where it is easy to sell directly. But going to retail investors without the benefit of the distribution muscle has been difficult.

Dayal says the local fund will now ride the wave started by the overseas counterpart (both funds have the same portfolio). Dayal is now working on giving the local fund more visibility among retail investors. Though small, the fund already has a stellar record. It has been rated as the best performing fund for a three-year track record by research firm Morningstar. For the last three years, QLGF has delivered a return of over 13 percent against the largely flattish BSE 30 index.

Dayal believes the ban on entry loads that Securities and Exchange Board of India imposed on mutual funds is the breakthrough the local fund was waiting for. Now, no fund can push itself down investor’s throat by offering lucrative commissions to distributors. This has levelled the field. Now distributors will be forced to sell the best-performing fund to the investor and Quantum may just get their attention.

Ajit Dayal credits C.B. Bhave, the outgoing SEBI chairman, for the courageous deed. “No regulator has been able to take on the might of the financial mafia before and that includes the SEC. Bhave has managed to do that successfully,” he says.

Bottoms-Up Approach
The cornerstone of Dayal’s investment philosophy is to find neglected value and keep portfolio turnover ratio — the repeated buying and selling of stocks — to a minimum.

He bought Bharat Petroleum three years ago when the stock had not yet caught investor fancy. He figured that the value created by the oil refinery and the marketing strengths of BPCL were much higher than the market capitalisation of the company. Later events proved him right and BPCL gained handsomely. It also helped that the government took baby steps towards freeing fuel prices thus unlocking more value.

On the other hand, Quantum doesn’t touch stocks even of strong companies if the valuations are too high for its comfort. Its equity fund is a true maverick on this count, having never invested in Reliance Industries, ICICI Bank, ITC and Larsen & Toubro.

“Quantum mutual fund was built to go against the crowd. It had a clear philosophy that was more favourable to its investors than the distributors and never depended on star fund managers for its performance,” says Devendra Nevgi who was the CEO of Quantum Mutual Fund for three years till
March 2008.

Dayal has his critics who think that Quantum may never be a big fund house. “The top 10 funds in India, which account for almost 80 percent of the total assets, were sold through a distribution network. The bottom funds have survived but they will never ever achieve a critical size in the domestic market,” says the CEO of another small mutual fund.

But Dayal is unwavering. For him, the priority is to keep the money he handles from stinking.

“When you shake hands with somebody ensure that you get your five fingers back else it is a crooked management,” he says.

Tweets by @forbes_india
Phone: Palm Pre 2
The Latest in Tech, Book and Auto