Will the For-Profit Model be Accepted in the Social Sector?

Governments have proven to be too inefficient, the non-profits too small and the corporates too greedy to provide basic services. What about for-profit social enterprises? 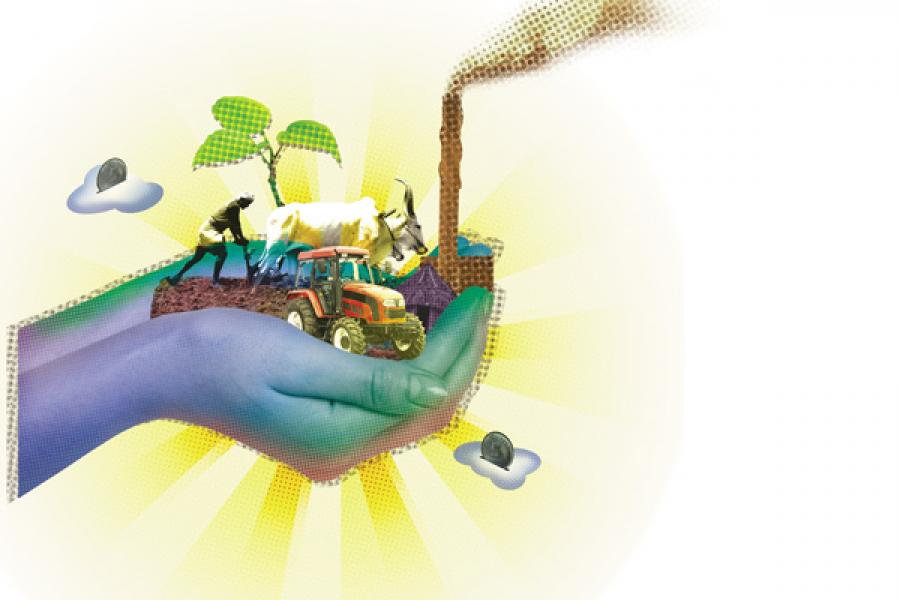 India is very large and poor, with more than 75 percent of people earning less than $2 a day. We have much to do in terms of providing even basic services to our citizens.

In an ideal world, the government would tax the rich and efficiently offer free basic services to citizens. There would then be no need for philanthropy or for the private sector to provide these services.

However, unfortunately, we are very far from achieving this ideal state.  Thus, the first step in the search for alternative approaches is to recognise the limits of the government’s ability to finance and manage basic services for all citizens.

In theory, non-profit private sector offers an alternative for the delivery of these services. Non-profits are immune from the greed associated with the for-profit sector and do not suffer from the mixed motives of the government. However, in practice, non-profits cannot scale as much as the government or for-profit players.

We tend to forget the underlying need for massive scale when evaluating the work of non-profit private models and are quite content to see small pockets of intensive work.

In our view, while philanthropy can usefully augment the resources (financial and human) available to the government and the for-profit private sector, it can never be the mainstay of any sector in a country, particularly one the size of India.

There is an important role for private for-profit models in the social sector. In recent years, we have seen the emergence of several promising private efforts in India in the domains of financial services for low-income households, healthcare, rural drinking water, and skills. While this will likely continue in 2012, the experience of a state government using political force against a thriving microfinance sector in Andhra Pradesh will no doubt haunt social sector entrepreneurs and investors for a while.

Unless there is a commitment to enforce existing regulatory frameworks, we fear there would be no meaningful growth in 2012. In fact, we may cede the progress achieved in recent years.

Regulations aren’t the only problem. There are significant fault lines in the way for-profit private players operate. They would need to be dealt with before their significant presence in the social sector is seen to be acceptable.

1. Firstly, for-profit companies are not disciplined. They can veer off track and even end up acting against consumer welfare, in the absence of strong regulations and civil society watch-dogs.

2. Secondly, investors punish or reward managements based principally on quarterly performance, leaving little room for solutions that may be profitable but require longer horizons.

3.  Thirdly, most managers are often followers of traditional business models rather than pure profit maximisers. The joint-liability-group model of lending  is a good example. It has a low default record for more than a decade in India — much longer than is available for even highly rated corporate risk or mortgage finance. However, despite being sharply critical of the very high profitability of the few non-bank finance companies that chose to work with this model, no mainstream bank in India has entered that market directly at more reasonable interest rates while continuing to allocate capital to far more risky and less profitable businesses, such as credit cards, which have traditionally been seen to be the preserve of banks.

A similar story is true in primary healthcare, with for-profit providers staying focussed on secondary and tertiary care, despite the largest quantum of consumer spending being at the primary level.

4.  Finally, in services such as finance, healthcare, and education, it’s possible that the consumer is not well informed and, therefore, behaves, at least apparently, in ‘irrational’ ways. Healthcare companies, for example, will find that demand for curative services (injections, drugs) far exceeds that for preventive services (screening, diet counselling). Businesses that respond to these ‘irrational’ demands may become quite profitable but may actually end up exacerbating existing problems or create new ones while appearing to solve them.
There is justifiably a deep suspicion of the role of for-profit players in the delivery of social services, and the value it can add, particularly when it seeks to deal with the most vulnerable sections of our society.

What is the appeal  of private for-profit models in the social sector? With its deep access to risk capital, managerial talent and performance pressure, it’s often able to deliver enormous scale to the problems it chooses to solve — think consumer goods distribution and mobile telephony services.

Why would we not want to bring this power to bear to solve the challenge of delivering health, education, clean drinking water, sanitation, financial services to the citizens of our country?

Tweets by @forbesindia
Will Molecular Gastronomy Go Out Of Fashion?
Will 2012 Belong To Wind Power Or Solar Power?