Will Molecular Gastronomy Go Out Of Fashion?

Ferran Adria of El Bulli restaurant and Heston Blumenthal of Fat Duck are considered the experts of this style of food, where the lab meets the kitchen. But with El Bulli closing down and the world in economic slowdown, will people still want experimental cooking? 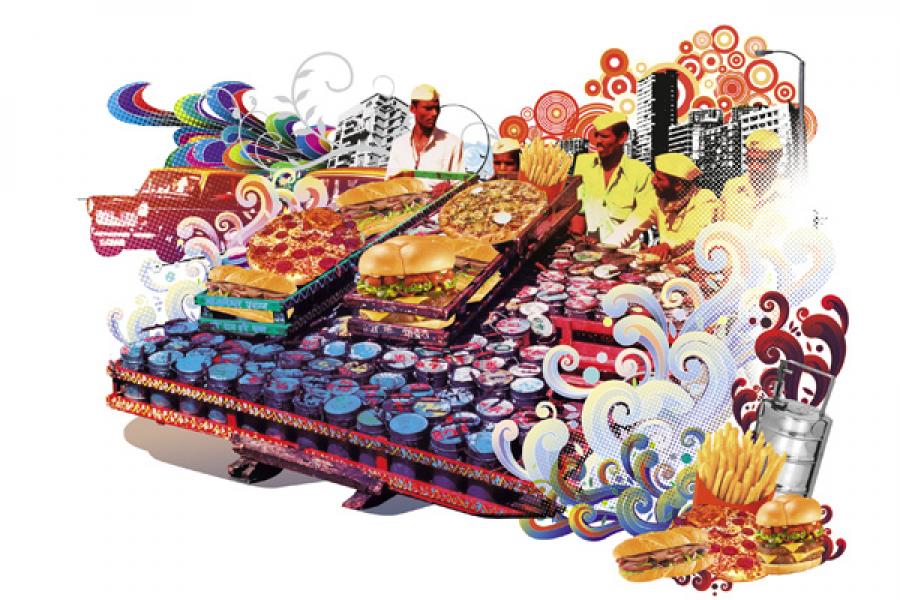 Firstly, let me just say that I am not a fan of that kind of cuisine [molecular gastronomy], I believe that food is about making you feel good rather than the chef feeling good. That being said, there are more and more people playing with it, but not very many people doing it successfully.

I think knowing the science behind what happens is very, very important. What makes good cooks great chefs? They understand what happens to an ingredient when you apply the laws of chemistry and physics to it. Because that is when you can execute your food at a very high level. If you put excess heat to a piece of protein, it is going to burn. All cooking has some science behind it. But at what point do you need to move away from that science? Over the past few years, cooking has gone over so much to the other side that it needs to come back.

In India, we use agar agar; in China too. But in the West it wasn’t used. So when someone uses it here they say, “That’s molecular gastronomy!”

Liquid nitrogen, for instance, could play a role. I have seen raspberries frozen by liquid nitrogen, which are then cracked open with a hammer into small round balls. That’s a good application of nitrogen.

I once had a meal at a restaurant in London that I would rather not name. They gave me a small piece of mud pie frozen with liquid nitrogen to put on my tongue. It burnt my tongue! That’s the wrong way to use it.

I once had a chef ask me about curry leaves: “How do I dehydrate curry leaves and then rehydrate them to get their essence?” And I asked him: “Why don’t you just use curry leaves?”

Is there room for high-end fancy restaurants? Yes. But that room is getting smaller and smaller. I think people want to eat in a friendly environment. They don’t want to think about it; they want to be comfortable. I think restaurants have to move in the direction of being easy to eat, user-friendly and enjoyable.

Will there be some molecular gastronomy in there? There will be some of it. There are some really cool techniques that you can incorporate. But flavours of India, using spices, will become popular. The other day I went to a restaurant in Manhattan. [There was an] Italian chef, doing a shrimp dish in black pepper and coriander seeds. That is something that I used to do. So, if an Italian restaurant can do that, which is very terrific in its flavour, people tend to think anyone can. The adaptation in flavours, techniques, use of tandoor, use of naan — people are accepting the use of Indian ingredients. There are stores selling mustard oil, which is very east Indian.

I had a chef come up to me and say, “Hey what’s kokum?” There is a vast store of ingredients that people know are great but most don’t know how to use it. I think there’s so much to be gained from India; more people will be borrowing from Indian cuisines. In the old days it was thought as a worldwide cuisine, but there are regional cuisines, which are so different.

I firmly believe that the cuisines from Southeast Asia, India being a big part of it, will be on everybody’s lips. The cuisines of India are not tapped anywhere. That’s where food is healthy, food is flavourful and the utilisation of ingredients is done very, very well. In India and China, we believe in not wasting anything, we extract the maximum amount of flavour from any ingredient. Today, every chef wants to do that.

Floyd Cardoz, executive chef of North End Grill, New York, he was formerly the executive chef of Tabla, a New Indian restaurant in New York. He also won the Top Chef Season 3 this year with his variation on the theme of upma. He is a trained biochemist.

Tweets by @forbes_india
Will Broadband Make Content Streaming Viable?
Will the For-Profit Model be Accepted in the Social Sector?