The Advantages of Being an Indian Corporate

With innovations that originate in poor countries, cannibalisation could be a problem for Western multinationals, but is an opportunity for Indian corporates 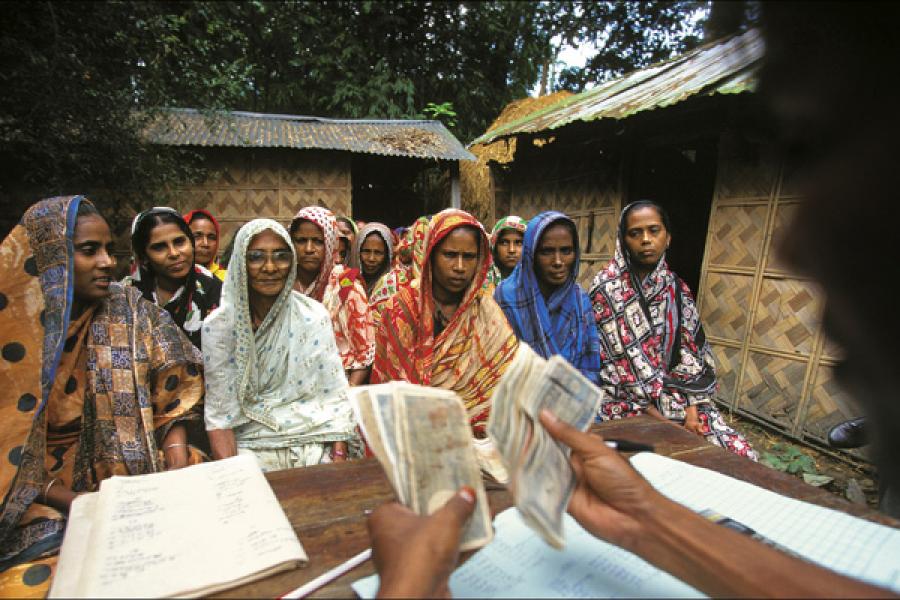 Image: Getty Images
LENDING A HELPING HAND The microfinance innovation which originated in Bangladesh has now gained a foothold in a marginalised banking market in the US

While it is traditional, and often sensible, to fear the prospect of cannibalisation, quite often reverse innovations make the pie—and the profit margins—bigger. Our research has found a number of examples (Harman, P&G, Walmart, Logitech, and GE) that show these fears to be unfounded. What primarily happens, when projects are well-conceived and executed, is that new growth is achieved where it otherwise would not have been.

There are four ways in which innovations from poor countries can trickle up to rich countries. Out of these four, only the last one poses the risk of cannibalisation—the first three create new demand. CEOs of Western multinationals need to articulate a coherent emerging market strategy: a) There are three avenues for creating new demand by taking poor-world innovations to the rest of the world; b) There is one important reason why cannibalisation of rich world products will happen—but this is inevitable and it is a medium-to-long term risk; c) The risk of cannibalisation is smaller as compared to the cost of inaction.

Let us consider the four ways in which poor-world innovations can flow uphill.

First, there are always poor people in rich countries. This segment can immediately use poor world innovations. While it might be small, this segment still represents incremental growth in developed countries which are otherwise experiencing slow growth. For instance, the microfinance innovation—which originated in Bangladesh—has now gained a foothold in a marginalised banking market in the United States—poor neighbourhoods in New York City. (Example: Micro lending institution Kiva in USA.)

Second, the products created for poor-world customers typically offer a solution at 15 percent of the rich-world prices. When prices drop by 70-80 percent, the overall market expands due to price elasticity. We have seen this happen historically. When prices of TVs, computers, and cameras dropped by 20-30 percent due to “experience cure” effects, the overall demand for these products exploded. In the case of reverse innovation, price reductions are even more dramatic.

Third, innovating for poor-country customers requires adding new functionalities such as portability or ease of use or small size that can create new applications in the rich world. Walmart is known for its “big box” stores in the US. When it expanded into South and Central America (Mexico, Brazil and Argentina), it found that the big box concept did not work. Customers in these countries did not have enough money to support the cost of inventory by buying in bulk. They also used public transportation for their shopping and there is a limit to how much they can carry. Walmart, therefore, innovated a “small store” format in these countries. The company is bringing the small store footprint to certain customer groups in the US who otherwise will not be served by big stores. For instance, there are several rural towns in the US which are sparsely populated. They could use the small store front. Walmart still enjoys cost advantages in its upstream activities such as purchasing, supply chain, and logistics. Thus it can offer lower prices even in its small stores.

The first three do not involve any cannibalisation of premium products—this is a case of additional revenues in the rich world. The fourth way poor-world innovations impact rich nations has implications of cannibalisation. Reverse innovations can, after a delay, have an impact on mainstream markets. Over time, technology of low-cost products can be improved. Apple iPad, a netbook, is a great example. Netbook is a craze and a growing global opportunity in the otherwise stagnant PC industry. Netbooks combine the best features of smartphones and PCs while avoiding their pitfalls.

Unlike the smartphones, netbooks offer a larger screen, a comfortable keyboard, and a whole lot of web applications. Unlike PCs, netbooks are lower priced, smaller, and easily portable. The seeds of netbooks were sown in poor countries. The One Laptop Per Child Program created $175 computers for emerging economies. Asus, leader in PC motherboards, innovated $200 Eee PC (Easy to Learn, Work, and Play) for developing countries. Both these innovations happened about five years ago. With improvements in technology, Apple iPad is a runaway success that is fast cannibalising PC sales.

Multinationals must deal with the cannibalisation problem. However, this is a major opportunity for emerging giants from India. Companies such as Mahindra & Mahindra, Tatas, and Birlas must innovate for Indian consumers and then use those frugal innovations to disrupt Western multinationals in their home markets. This has happened before. Detroit automakers were disrupted by Japanese and South Korean companies in the 1970s and 80s. Xerox was disrupted by Canon in personal copiers. Are Indian companies ready for this challenge?