The Rise of ColorBar

Samir Modi started ColorBar with the intention of building a homegrown beauty cosmetic brand. A decade later, he has a 5 percent share of the Rs 2,500 crore pie, and is growing 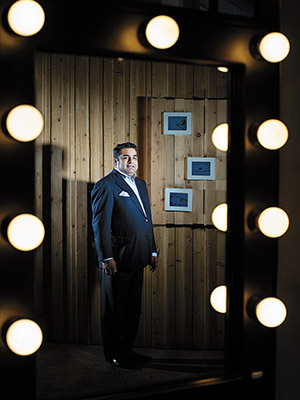 With three women in his life, wife Shivani and two daughters Jayati and Vedika, Samir Modi can claim to have a fair understanding of the, well, fairer sex. While that may have contributed to this decision, it was hardly the only reason that prompted the son of industrialist KK Modi, founder of the $2 billion Modi Enterprises, to venture into the beauty cosmetics business in 2004.

Modi, had, in 2003, lost the head of the cosmetics vertical at his network marketing firm Modicare and had to start directly managing operations. He liked the business, especially since he found that there was enough room to do something on a bigger scale. “I realised that none of the brands were truly focussed on changing the make-up buying experience of the Indian woman consumer,” Modi, 44, says. “The products were of good quality but didn’t really have the colours suited to the Indian skin.”

What struck him most was the paucity of home-grown brands that could compete with the likes of Revlon and L’Oreal: Market leader Lakme, founded by the Tata Group, was an exception but it was now within the fold of global major Unilever. “The consumer buying experience [of the domestic brands] was not the same as that of international brands,” says Modi. With both the idea and the opportunity clear, he founded ColorBar Cosmetics in 2004.

While Modi was able to increase ColorBar’s operations to more than 2,000 retail points in the Rs 2,500-crore Indian beauty cosmetics market (which includes products like lipstick, nail polish, mascara, foundation and kaajal pencil), it did not turn profitable till 2010. Revenue was languishing at around Rs 30 crore and the bottom line was hardly noteworthy.

That is when Modi changed gears.

He had been dividing his time between Modicare, ColorBar and Twenty-Four Seven retail stores—the country’s first convenience store chain that stays open 24 hours—which he had launched in 2005. He understood that the project needed focus, so he brought in a professional CEO, Reena Chhabra, to run Colorbar Cosmetics. That was just the start of a turnaround. He followed that with what was the most relevant move for a hard-core consumer-led brand, by changing its positioning from mass to “masstige”—that is, bringing together mass and prestige.

“ColorBar has reinvented itself in the last few years. From a mass brand, it is now in the premium segment,” says Ankur Bisen, senior vice-president of the retail and consumer products vertical at consulting firm Technopak. “They did the right thing in not going for scale but, instead, focusing on becoming—and positioning themselves as—different from their international peers.”

While Lakme has an almost unchallenged lead in the market with a 30 percent share, there is stiffer competition between the four that follow. According to strategy research firm Euromonitor, ColorBar is now the fifth largest brand in the sector after Lakme, L’Oreal India, Modi Revlon (distributed by Modi’s uncle Umesh Modi) and Oriflame. A relative newcomer, ColorBar has a market share close to five percent.

The repositioning of the brand has played a key role in this growth. “We discussed what the brand should stand for. With increasing exposure, the taboo on Indian women applying make-up was decreasing,” says Chhabra. “At the same time, these women needed someone to teach them how to correctly apply face foundation or mascara. We decided to become that brand targeting women in the age group of 25 to 40.”

Bisen of Technopak believes this was a smart move. “With increasing awareness and income levels, consumers are now ready to spend on grooming and for looking good,” he says.

Modi also realised that he couldn’t do this—improve quality and reposition the brand—by stretching himself in distribution. Lakme could afford to reach each town and village thanks to Hindustan Unilever’s network; Modi, however, chose to do the opposite. He reduced ColorBar’s distribution points from over 2,000 to less than a thousand and made it more exclusive. This helped reduce costs. 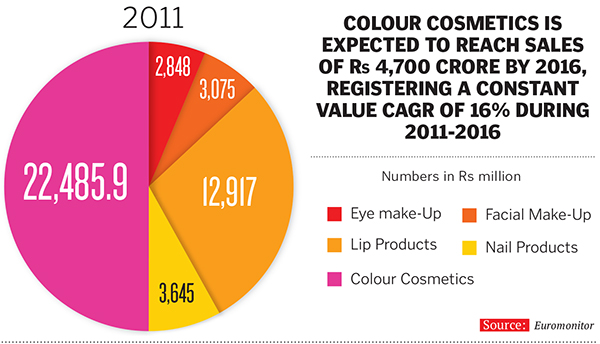 To ensure that the quality of his products matches the increase in price, Modi scouted for the best manufacturers of formulations which are used to make nail polishes and lipsticks. “We went to Europe which is the hub for beauty cosmetics,” says Modi. The same manufacturers also supply to leading international brands like L’Oreal and Revlon, thus ensuring a certain standard for ColorBar.

The packaging is also provided by leading suppliers from China and Taiwan. These efforts have not gone unnoticed. “ColorBar today is not associated with an Indian brand,” says Bisen. But these enhancements have increased ColorBar’s “good costs” (cost of production) that can go upto 30 percent of the total costs, against the industry average of about 15 percent.

But it is all worth it for Modi, especially given the promoter’s personal proclivity for quality. “The advantage is that Samir doesn’t mind sacrificing a bit of the margin for the sake of quality. In other companies, the professionals can’t afford to do that,” says Chhabra, who joined Modi’s team after stints at Lakme and Marico’s Kaya Skin Clinic. “Samir, who can afford a Chanel, understands quality,” she adds.

This sensibility is reflected in the promoter’s New Friend’s Colony office in Delhi. A two-floor space, it is filled with art pieces that cut across the traditional as well as the more contemporary and multi-media forms. Modi’s room looks like a gallery and, instead of veering towards just the proven masters, the entrepreneur seems to be keen on young and new talent. And much like the artists he appreciates, Modi doesn’t mind getting his hands dirty. “I paint my nails to check the texture and colour [of the nail polish]. I don’t clear anything that doesn’t go with my gut feeling,” he says.

Another important piece of the turnaround jigsaw was getting the inventory right at retail points, especially with the company annually adding about 100 stock-keeping units, or SKUs, to the existing 750 SKUs. This was crucial because the customer wants to see the whole portfolio even if she chooses to buy just one product. However, the tendency among retailers was to wait for the entire stock to get sold out before adding fresh pieces of the bestsellers. Chhabra tweaked this strategy; she now sends her sales representatives to each retail point to restock the bestsellers. “Our return rates [of goods returned to the company] have come down to 3 percent from a high of 30 percent about three years ago,” says Chhabra.

Modi and his CEO are proud of the “trendsetters” that have emerged from the ColorBar stable. “The company has set the trend in many products, including the 15 ml bottle for nail polish,” says Tarun of Divya Enterprises, a ColorBar distributor in East Delhi. His revenues have jumped by 50 percent in the last three years.

While competitors have taken notice and increasingly discuss ColorBar in their meeting rooms, Modi is aware that there are many goalposts to reach. For one, increasing ColorBar’s market share in the facial make-up segment where the company does not dominate as much as it does in the eye-care category where it is at number two behind Lakme.

For the other, there is the larger vision. “We want to be a Rs 500-crore brand in the next three to four years,” he says. The target has been set by his father KK Modi and the rest of the board at Modi Enterprises. If the younger Modi fails to do that, the group might look at selling the brand.

It shouldn’t come to that pass, though. Modi is confident that he can meet the goal without much of a fuss. “We are going international with Middle East and South East Asia,” he says about one of his growth strategies.

He is also looking to enter complementary product categories like skin care, not of the sun lotion and moisturiser kind but in an area that is closely connected to cosmetics. “We have just done a pilot launch. The response has been heartening,” says Modi without disclosing more.

If the recent change in fortunes is any indicator, his next steps may well make for a colourful new chapter.