Officially, the MindTree co-founder wants to start a new venture. But insiders point to decisions gone wrong and cracks within the top management 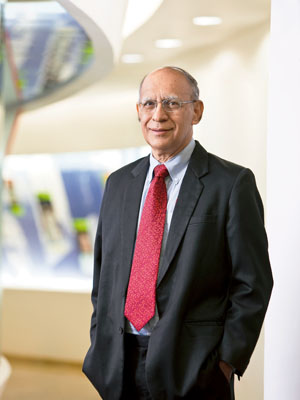 Ashok Soota had always been proud of the fact that all the 10 original founders of MindTree, the Bangalore-based IT firm, had remained together, through thick and thin, for the past 12 years. That’s why employees, analysts and even his board members were stunned when chairman Soota, 70, sent out an email on January 28, stating he would no longer be part of the company from March 31, 2011. Even more intriguing was the fact that the announcement came through a direct email from Soota and not through the firm’s communication department, as would have been the norm.

Something had gone horribly wrong at MindTree, widely seen as a poster-child of the New Economy in India. One of the first venture capitalist-funded IT services firms in India, it had a blue-blooded cast of senior IT professionals from companies such as Wipro, Cambridge Technology Partners and Lucent. Soota, the grand doyen of India’s IT industry and then Wipro vice-chairman, was the prize catch — and perhaps the reason why MindTree received a premium valuation from its two seed investors, Walden and GTV.

The official version behind’s Soota’s exit is that the board had worked out a succession plan for a while now and Soota wants to start a new venture after leaving MindTree.

The inside story is different. Over the past three years, after the 2007 IPO, cracks had begun to develop between the members of the internal board over the strategy and direction of the company, the individual roles and different leadership styles of three senior founders on the board and the division of responsibility between Soota and Krishnakumar Natarajan, CEO and MD.

At the core of the conflict lay MindTree’s lacklustre performance. In the first five years, MindTree met almost all its targets. Sudhir Sethi, founder, chairman, IDG Ventures India, who served on the MindTree board in his earlier role as general partner with Walden, says he never saw any differences between the founders. Soota was in control and business was doing well. MindTree crossed $100 million in revenue in just six years. When it went for a public listing in 2007, its IPO was oversubscribed 103 times.

Soon after, performance began to slip. The firm had set a target of $231 million in 2007-08, but managed only $192 million in revenue. In 2008, it suffered a huge loss on mark-to-market provisions, dragging profit after tax down by 55 percent. On April 1, 2008, MindTree’s 10th anniversary, Soota announced an ambitious target of $1 billion by 2014. “With such a strong and large founding team, growth expectations are higher,” says Sethi. Yet, between 2008 and 2010, revenues stayed stagnant at $270 million.

In October 2009, as the head of strategy, Soota spearheaded a foray into making mobile handsets by acquiring the India R&D centre of Kyocera Wireless. MindTree had never managed a products business before but Soota hoped it would add $100 million in revenue before 2014. However, the investments required to sustain the business were five times more than the $10 million the company had budgeted for. In October 2010, the company aborted the products business and said it would focus only on services. Apart from the money it had sunk into the project, the company lost about $3.5 million in restructuring costs and also had to let go of some people.

But more than money, the company’s reputation took a hit. In its report, brokerage firm CLSA Asia Pacific slammed the board for showing poor judgment in entering the business. This setback may have widened the growing chasm between vice chairman Subroto Bagchi and Soota. For a little more than a year, Bagchi had been quarrelling over the fact  that the company’s M&A strategy (six between 2004-2011) was sucking up a lot of the management’s bandwidth and taking attention away from the core business (Disclosure:  Bagchi is a columnist for Forbes India and declined comment.) At one point, things came to a boil with Bagchi offering to move out of the company. Other founder members on the board (Krishnakumar and S. Janakiraman) said they had never felt comfortable with investing in the products space, but hadn’t said anything out of deference to Soota.

In an email response to a questionnaire, Soota said, “The decision to enter the phone product business was debated and became a board approved project… As market conditions changed and risk levels increased, just before an overseas visit, I held a meeting in August where we identified closure of the business as an option. On my return to India in mid-September, I drove a series of notes to the board which led to the closure decision.”

Meanwhile, there was a buzz that Krishnakumar was looking to start a new venture. (He too declined comment.) Insiders say he was unhappy with the lack of freedom. In 2008, as part of a succession plan, Soota had handed over his operational responsibilities to Krishnakumar, keeping strategy (including M&A) for himself. Soota was going strong as executive chairman.

After MindTree announced the closure of the mobile products business in October 2010, the responsibility for setting the company’s strategy and the planning process shifted to Krishnakumar. Soota resigned three months later.

On the issue of sharing responsibilities with Krishnakumar, Soota said, “Over the past three years, my operational involvement was reduced considerably and the only areas reporting to me last year were strategy and MindTree Foundation. The CEO and I used to have ongoing discussions on what else I could pass on to him.”

It isn’t clear just how Soota’s moving out will impact the firm’s future. But the crisis is far from over. The company’s share price has fallen by 30 percent in the past one year. But Sethi says he still remains bullish about the company. “If there is one company that I know can break out of the mid-tier crisis and get to a billion dollars, it is MindTree. They just need to get their focus right.”

A lot of shareholders and 10,000 MindTree employees will be praying that’s true.

(Do read an interview with Ashok Soota here )

Tweets by @forbesindia
V.K. Viswanathan: Making Your Market
The World Cup Along The Years