A leader with a golden heart the face of transformation: Shefa Syed Hafeez

Irrespective of caste and creed, and ways of living, let's strive to reach across and to teach how to live with amity 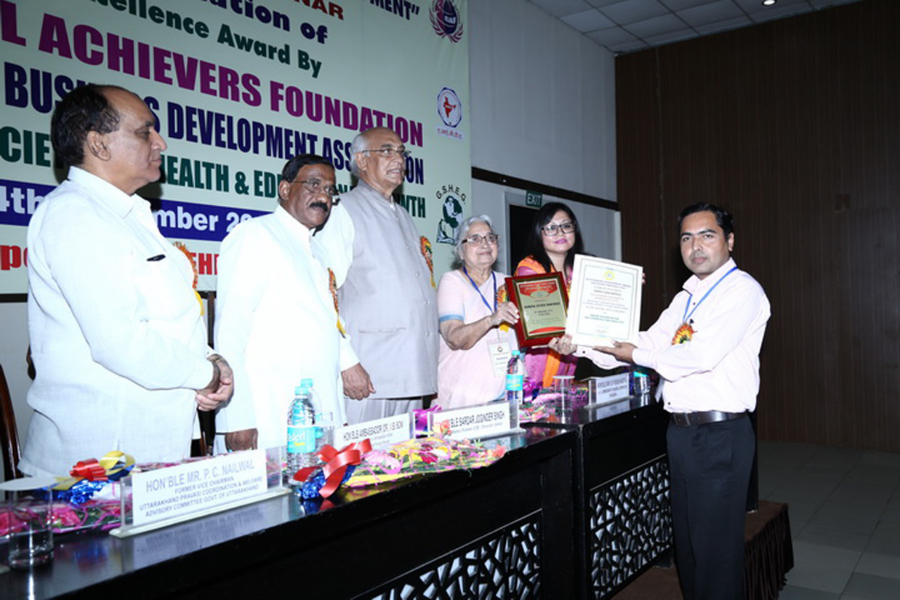 Mr. Shefa Syed Hafeez, a well known Philanthropist & Educationalist, is working tirelessly in one of the most backward areas in Kishanganj in the state of Bihar. His father, Padma Shri Late Dr. Syed Hasan was known for his pioneering efforts to bring education to Kishanganj. He was even nominated for the Nobel Peace Prize in 2003. Taking forward the mission to educate the society, started by his father, Mr. Shefa Syed Hafeez is presently associated with Insan School and college as an Assistant Director. A graduate in English (AMU), MA, English (AMU), MA, Geography (Nalanda open university,Patna), Executive MBA from IIBM institute of business management, Mr. Hafeez did his schooling from Insan School and later completed higher degree from Aligarh Muslim University. He joined the educational movement of his father at a very tender age and has actively contributed to educational management since 1998. Leading the institution, Mr. Hafeez has brought many positive changes for creating a conducive environment for better learning. Being the first private school of the entire Zone, Insan School has transformed the society ever since. INSAN also combined the best of eastern-western approach and its curriculum always remained distinct from other institutions; even inspiring adoption by others. Under his able guidance, the institution has touched new heights. With a firm belief in technology and a vision for the future Mr. Hafeez along with his father started various education streams and departments right from Nursery to Post Graduation Level. Today the Group has different institutions imparting quality education like Insan Degree College, Insan Girl Senior Secondary School, study centers of different universities, including Aligarh Muslim University. Mr. Hafeez believes in creating the right environment for learning, with the use of modern education techniques and technology his students are securing record marks year after year. Continuously broadening their horizons, students from the Institution have successfully cracked exams at different universities in India and abroad. Most people know INSAN as an educational institution, namely INSAN School, which evolved into INSAN College, and later INSAN Group of Institutions. However, INSAN defined its own unique character, a blend of educational and humanitarian missions, hence its very metaphoric name, INSAN which means human and mankind. INSAN never remained just a typical school or college, which would often throw people off with its many social endeavors such as adult literacy, mental health, criminal reform, and economic upliftment projects. Insan school and colleges are not only imparting quality education but also assisting the students bagging top placement offers amongst some of the best workplaces in India. Mr. Hafeez, realised  the importance of technology in the education sector and created the digital presence for the institution across different platforms to stay connected with students, alumni and faculty. With a humble beginning more than 50 years ago “Insan” is now a name to reckon with in the region. Giving back to society is always at the core for Mr Hafeez. In order to boost the economic condition of the society Mr. Hafeez, onboarded various eminent personalities, thinkers, social activists and politicians. A social influencer and educationist Mr. Shefa Syed Hafeez always advocates the benefits of practical and grassroots education system rather than bookish knowledge. Contributing to the policy framework in education, Mr. Hafeez is the member of All India Institutions for Educational Research and Society for Research and Innovation in Alternative Schooling. He has been recognised for his efforts in the field of education with awards like Human right educational Award, Best Educationist in Bihar award, Rani Durgavati Samman, Gayatri Parivar Shiksha Samman, Swami Vivekanand Shiksha Samman,Sardar vallabh Bhai Patel Samman,International Icon Award, Rising Star of Asia Award, Nelson Mandela World Peace Award and Glory of India award. Mr. Hafeez’s dream is to establish an International University for the upliftment of the society through valuable moral education. With education taking the center stage in the progress of the nation, the country needs more of People like Mr. Shefa Syed Hafeez to revolutionize the education system in India. Disclaimer: The views, suggestions and opinions expressed here are the sole responsibility of the experts. No Forbes India journalist was involved in the writing and production of this article.