Timely resolution is one of the critical aspects of the Code, which has not been optimal 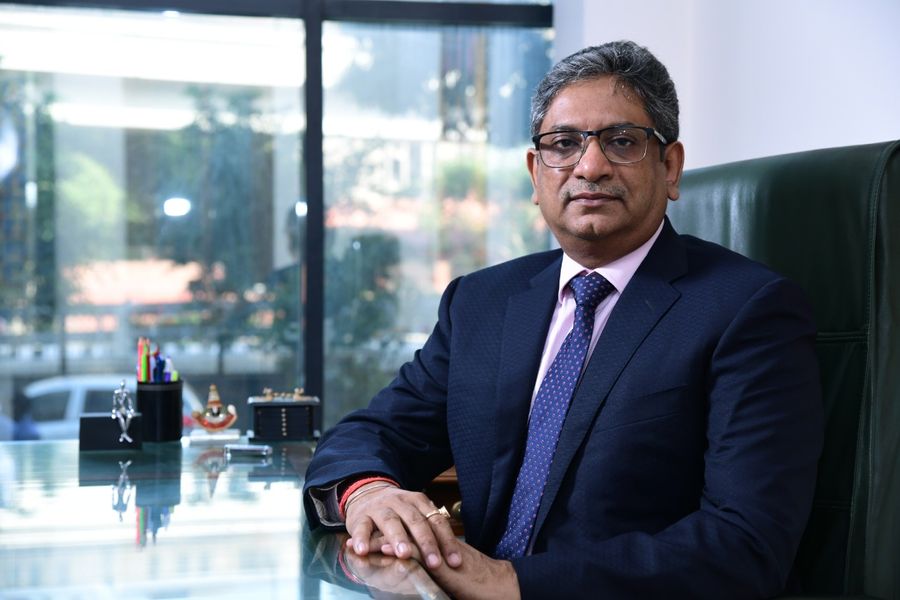 Alok Dhir is an innovative and brilliant litigation lawyer having strong commercial acumen and is renowned for providing creative solutions and developing complex structures for achieving resolution for stakeholders in corporate and commercial insolvencies and M&A transactions.

Trained as a Chartered Accountant and a lawyer, he started the practice of insolvency laws in the early 80s when distress asset advisory was practically unknown in the Indian context. He was a part of the development of and steered the legislative/regulatory changes in insolvency laws during the last nearly 4 decades with the promulgation of SICA 1985, RDDB & FI Act 1993, SARFAESI Act 2002 and finally the Insolvency & Bankruptcy Code (IBC) in 2016.  In 1985, when SICA was promulgated, he single-handedly assisted the Board for Industrial & Financial Reconstruction (BIFR) in drafting the regulatory framework, and his name became synonymous with BIFR over the next 3 decades with his law firm, Dhir & Dhir Associates, handling 2/3rd of all cases referred to BIFR.

He has been advising stakeholders and representing them before the various courts and tribunals in matters relating to Insolvency & Bankruptcy and various schemes formulated by RBI like CDR, SDR, S4A etc. for corporate restructuring and resolution.

He was the first professional to be granted a licence by RBI to set up an Asset Reconstruction Company under the SARFAESI Act in 2006, which is involved in the acquisition and resolution of toxic assets in India with an exemplary track record. He has been involved with acquiring and resolving many assets over his long and illustrious career, involving billions of dollars of NPA besides acquiring and turning around many distressed entities/businesses with his own resources and managerial skills.

In 2007, he raised 50Mill$ on AIM segment of LSE and deployed the funds to acquire the NPAs in India. Later after the financial crisis of 2008, he made an open offer and bought out the company listed on LSE and converted it into a proprietary fund. He has been involved with most of the large bankruptcies in India under the IBC, representing a cross-section of stakeholders and has acquired many corporates /businesses under the new enactment on his prop book and revived such entities.

Alok has been bestowed with many awards and has received various accolades for his myriad contribution across the field of insolvency laws. He is also involved with regulators and the Govt. in devising mechanisms for Cross Border legislation, Group Insolvency, Personal Insolvency, etc.

He looks forward to facilitate the development of effective insolvency laws which adhere to strict timelines in resolving insolvencies and enhance recoveries for the creditor and are aligned to jurisdiction across the world for creating value for all stakeholders.

Multiple mechanisms consisting of both formal as well as informal structures have been experimented in India for resolving insolvencies. Initially it was only the Companies Act, 1956 which provided for restructuring of debt by way of scheme of arrangements including mergers & amalgamations, winding up & liquidation etc. for a Company which was triggered on account of inability to pay debts. During the subsistence of the Companies Acts, a series of special legislations such as SICA 1985; RDDB Act 1993; SARFAESI Act 2002; also came to be enacted giving specific resolution, recovery mechanism to the Companies as well as the Lenders. The RBI as the regulator, also came up with various informal restructuring mechanisms such as CDR Schemes, SDR, S4A Schemes, etc. to facilitate resolution while also simultaneously promoting entrepreneurship.

As regards personal/individual insolvencies are concerned we are still regulated by the Provincial Insolvency Act,1920 and Presidential Insolvency Act, 1909 since the provisions of the IBC as regards the same is not yet in force except to a limited class of individuals who have given Personal Guarantees for defaulting borrowers. The concept of insolvency and restructuring being dynamic and closely associated with the economic scenario of the country is challenging to be put in and regulated by a straight jacketed process.

Over the years, the attempt has been to find a one size fits all approach to the insolvency and restructuring law, which is difficult to achieve in the country like ours. We have moved the spectrum of the insolvency law from one end of debtors in possession to the other end of creditors in possession under the IBC. While such tectonic shift undoubtedly instilled confidence amongst the creditors, the complete elimination of the erstwhile promoters/management from participating in the process at times has done more harm than benefit for various stakeholders of the Companies. The complete withdrawal and cessation of the RBI monitored informal regimes also does not appear to balance the requirements of various stakeholders associated in case of a company in financial distress. The aspect of cross border insolvency is yet to be statutorily dealt with despite the same being the need of the hour. Group Insolvency is another relevant aspect of insolvency regime which is still not being dealt with legislatively. There is a requirement of greater degree of flexibility having a holistic outlook as regards matter dealing with insolvency and allied issues.

Alok has strong views on comparisons with the global standpoint. He believes that India operates in its unique socio-economic background, being a developing country having its own established business practices. The business environment and lenders' approach to fresh lending and decision-making, which is wired by red-tapism and fear of their decisions being challenged by criminal investigating agencies, is unique. Judicial involvement in the Indian context, particularly the judicial leaning towards attempting resolution by giving a long rope to all stakeholders rather than the liquidation of companies, is also unique to India. Moreover, the Code in India has a provision (Section 29A) which bars existing promoters from bidding for a revival of the companies, has shrunk the pool of investors for coming forward to resolve insolvencies. Group insolvency in the Indian context is a unique feature of insolvency laws, which though not codified in the IBC, is being applied to Corporates in India by judicial pronouncements. Another severe gap in the Indian Insolvency regime is Cross Border Insolvency. In view of the above, it is practically inconceivable to compare the law applicable in different jurisdictions to India

He envisions a fascinating wish list for India’s future regime as IBC has been in force for the last few years and, in its short span being subjected to various amendments (4 amendments plus the latest Ordinance of 5 June 2020). A robust economy undoubtedly requires an ever-evolving and adaptable insolvency regime. IBC, to say the least, brought about a behavioural change; however, an aspect pulling down the mechanism under the Code is, delays in approval of resolution plans by the NCLTs. Deals invariably are stuck and pending before NCLTs, which, as of now, lack the necessary infrastructure. Timely resolution is one of the critical aspects of the Code, which has not been optimal. The Indian economy post-pandemic will require substantial capital to revive companies promptly while enhancing value for all stakeholders. Regulatory changes and amendments to other laws will be necessary to channelize domestic & foreign capital for resolving insolvencies. We will have to amend the Code to encourage and enhance the pool of prospective Resolution Applicants, and a step in the right direction is being taken by exempting existing promoters of MSMEs from provisions of Section 29A and formulating a new mechanism u/s. 240A for resolving insolvencies in such entities.

There is a need for incorporating pre-pack schemes, which has been pending for some time coupled with a statutory regime of cross border insolvency as well as group insolvency. The IBC is required to be facilitative to the entrepreneurship spirit while simultaneously securing the interest of the creditors.

Tweets by @forbesindia
Here is how countries can get back to work without a COVID-19 vaccine
Ishan Sanghvi: Carrying the Indian Legacy to the west