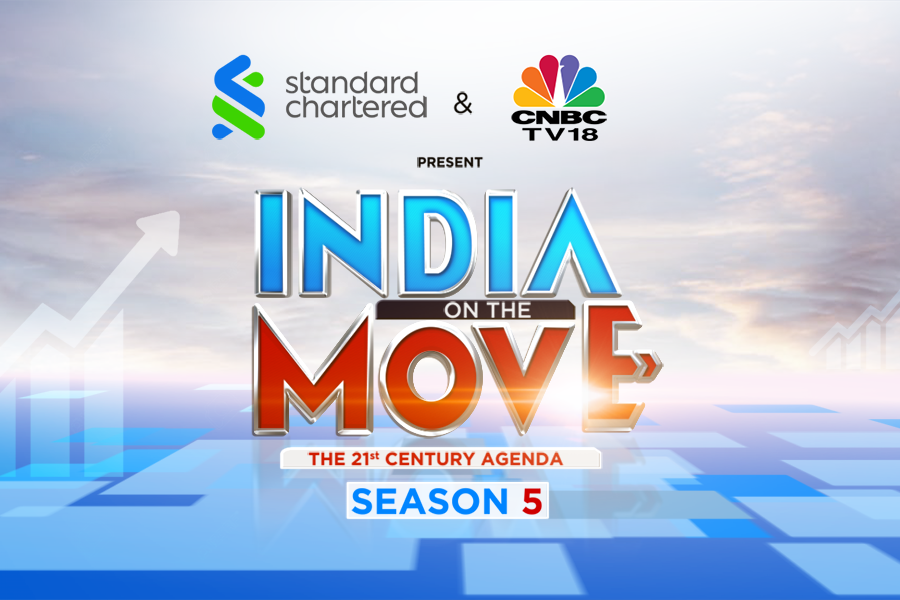 Commenting on the revision of India’s BBB- rating, Jeremy explained the pandemic-led fiscal pressures and uncertainty around the medium-term debt trajectory were the primary causes. Talking about the growth outlook, he said the GDP levels by the fiscal year 2026 shall be 8% lower than what they forecasted previously.  He foresees India’s next year’s growth rate at 8.5%, and thereon an average of 7% until the fiscal year 2026.

Further commenting on the GDP growth, Anubhuti shared that the financial year 2022 forecast is at 8.5% and it builds in another round of increase in inflation in the rest of 2022, but does not account for the third wave.  She cautions that in case we are hit by the 3rd wave of COVID-19, the GDP shall be at a risk.  On the brighter side, she added, “Sensitivity of economic activity to successive waves is reducing gradually.  Though we do see an adverse impact on growth recovery, recovery can be delayed and not derailed”.

Shedding light on the lending and credit side, Karthik explained that the onset of COVID-19 has only amplified the existing woes of the banking industry.  A relook at the past few years shows that due to the challenges on capital and increasing risk averseness among lenders, credit growth has slowed down to a single digit in the last two years, this has further been compounded due to low-capacity utilization and other ground-level concerns faced by the corporate sector.  Commenting on the future outlook he said, “We expect that the credit growth would continue to remain in single digit in FY 2022, our estimate is close to 7-8% for this year.  If the economy shows signs of recovery in the 2nd half, then we can see a growth of 9-10% or higher in the next financial year”.

Citing critical threshold coverage as a key area for countries to achieve for a reduction in vulnerabilities to future waves of COVID-19, Anubhuti explained that the introduction of different variants pushed the vaccination coverage threshold to 90% from the earlier 70%, this threshold will vary depending on the emergence of deadlier variants.  India’s vaccination numbers are encouraging, the average for July was above 4mn doses, showcasing monthly progress.  Anubhuti is positive that achieving 45-50% vaccination coverage by end of December 2021 and around 70% by March 2022 should not be difficult.  But she also warns against the vaccination hesitancy that has resulted in a huge gap in rural to urban coverage that Government needs to take cognizance of.

On the latest developments with regards to the monetary policy, Anubhuti maintained that RBI’s stand was due to the impact of supply-led factors. The increased inflation was attributed to taxes on retail fuel prices, supply-led disruptions due to COVID-19, and some pressure caused by higher global crude oil process.  She explained since the demand-side pressures aren’t yet strong, the inflationary pressures might start reducing as we move into FY 2023.  She applauded RBI’s accommodative stance on the monetary policy to achieve sustainable growth.

Further speaking on the repo rate, Kartik estimated a likely hike in the last quarter of the current financial year and the first quarter of the next financial year.  He says it is dependent on inflation numbers which will guide RBI’s monetary action as well.  From a bank's perspective, while liquidity is good, with increasing interest rates, banks need to be mindful of their bond portfolio.  He explained, “this quarter last year, declining interest rates helped banks in their overall profitability matrix, if the interest rates increase in the next financial year, that is something banks need to manage”.

Speaking on the fiscal support in India, Jeremy said, “Going forward, the government is looking to balance while still being supportive of growth through fiscal policy while keeping an eye on fiscal deficit, which is a challenging trade-off for the governments”.  The main areas of focus should be targeting and efficient fiscal spending.  Other aspects include the government’s plans to roll out significant levels of infrastructure CapEx spending, which should have a positive impact on growth.

Summing up the discussion, Jeremy pointed out that India’s public debt to GDP ratio needs to decrease, which was the key reason for the BBB- rating. Alluding to this view, Anubhuti agreed that due to the high debt to GDP levels there is a possibility of fiscal debt remaining wider than the pre-pandemic levels for the next few years. On an encouraging note, Anubhuti exclaimed, “External sector buffers for India are very strong, RBI has more than $600bn forex reserves that provide them with a lot of ammunition to handle a period of massive risk aversion”.

Tweets by @forbes_india
Cryptocurrencies in India: Sign me up
Daniel Craig's James Bond: 007 over and out