Empowering the masses through financial inclusion

Kuldip Maity had received the 'Champion of Change' recognition for his contribution in aspirational districts from Venkaiah Naidu, Honourable Vice President of India 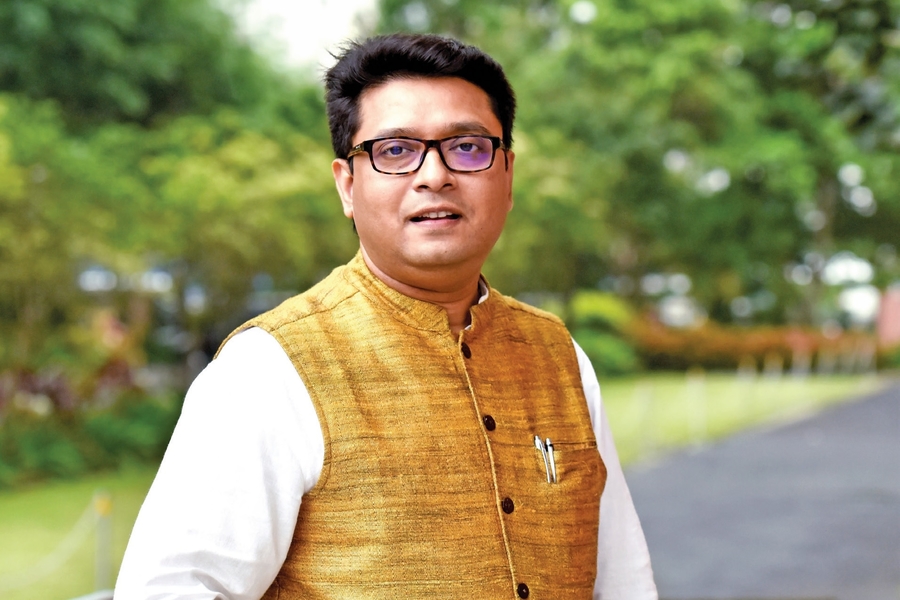 It is a commonly accepted belief that people from the financial services sector are aggressive, ruthless, and profit-oriented - this is the stereotype that pop culture and cinema have perpetuated for ages. But meeting Kuldip Maity, MD and CEO of a vast financial services business, squashes this assumption. It not only gives us a refreshing glimpse into his rather gentle demeanour, but also his willingness to serve those who are otherwise overlooked by the banking and financial services industry. The first thing you notice about Maity is perhaps his simplicity. His austere yet functional office in a multi-storied block in the New Town area of Kolkata too reflect this simplicity, as an extension of him. Maity’s Village Financial Services Ltd. or VFS is one of the most popular names in the NBFC-MFI (A Non Banking Financial Company - Micro Finance Institution) sector. Outlining the purpose of VFS, Maity says, “We are a social enterprise committed to empowering the hapless and the marginalised. Our business objective is financial inclusion and empowerment.” This aligns perfectly with the fundamental idea that eventually evolved into the immensely successful institution today. In fact, the genesis of the organisation frames this sentiment very well. In 1978, the south part of West Bengal was debilitated by a crippling flood. A group of young men joined the rescue effort. As part of this group, Ajit Maity, Kuldip’s father, was profoundly affected. As a result, he conceptualised the Village Welfare Society, which was then registered as a grant-based, not-for-profit organisation in 1982. While the intention was laudable, the outcome wasn’t sustainable. Explaining this, Maity says, “Empowerment can’t be realised through the dole route. Empowerment needs to be self-sustaining, the moments need to be part of a continuum. The model of self-sustainability is not a necessary condition for the beneficiaries alone, it needs to apply to the intervention agency as well. Collecting donations and working out projects to ameliorating poverty somehow didn’t feel the right way of reaching our objective.” This realisation manifested itself in the creation of Village Micro Credit Services, opening up a new micro finance paradigm and addressing the issue of financial exclusion and deprivation of the lower strata of our highly unequal society. The institution kept evolving, trying to solve the problems of those without a standing or a voice, and in 1996 metamorphosis into its current avatar as an NBFC-MFI - a rather natural progression. Today, Maity manages 240 branches in 11 states, ensuring his customers derive value from the engagement. His efforts were validated last year, when he received the ‘Champion of Change’ recognition for his contribution in aspirational districts from Sri Venkaiah Naidu, Honourable Vice President of India. His vision is to not only ensure financial inclusion and thus empowerment, but also to create awareness about using the funds wisely; access and awareness are the dyads that define financial inclusion. His relentless efforts towards realizing this vision is reflected in the steady rise in his customer base as well as portfolio growth. “It was 1057.12 crore in FY19,” he beams. But there’s no space for complacency, as he prepares to go forth with even more zeal. “We are exploring other routes to reach and serve 1 million customers, and we won’t stop till we empower every citizen in need.” Disclaimer: The pages slugged ‘Brand Connect’ are equivalent to advertisements and are not written and produced by Forbes India journalists.