Harsh Agarwal started this venture with sheer dedication to reach great heights. He is performing excellently in the industry with great passion and commitment in his heart 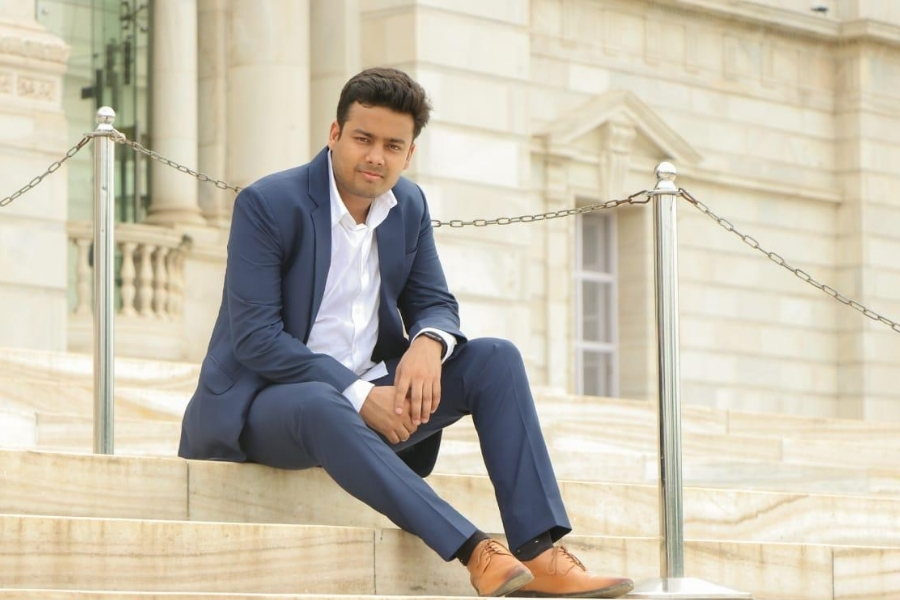 “Agro Foods” and “Make in India” are one of the best combinations ever. People who are concerned about their health and fitness prefer agro-based foods. A startup company soon realized the importance of these agro-based foods and made the transition into this business. The entrepreneur has made tremendous success in the industry with his new venture. Greenland Agro Foods is a company which deals in food and venerates that are brand packed. The company sells items that include Makhanas, Cashews, Tea Bags, and plans to launch several other agro-based products in their line.  These food products are available on Amazon and can also be purchased through the company’s Instagram handle. This food and beverage venture is performing great in the industry and has soon captivated the market. It is a food-tech startup based in Kolkata. Harsh Agarwal started this venture with sheer dedication to reach great heights. He is performing excellently in the industry with great passion and commitment in his heart.  When he was asked about why he chose this field, he gave a very subtle reply. He said that he is passionate about food and belongs to a family full of entrepreneurs. Therefore, he considers this match to be made in heaven. His love for food and being entrepreneurial in his DNA helped him start a food and beverage company with a twist in his products. The company was launched in January 2019, and within such a short period, it has touched great heights. Its entirely different concept makes people go crazy. Harsh Agarwal is the owner of several tea estates, and he hails from a tea background. He has owned several tea factories since 1997. He has also attained formal education in the tea background from the Birla Institute of Kolkata. Since the age of 18, Harsh is well-versed in the art of tasting tea and also in several different verticals that his family-owned.  He had accumulated all his savings for this dream venture of his. His brother also contributed significantly and that led to the launch of his Food and Beverage venture named Greenland Agro Foods. It was his hard work and passion because of which he has accomplished greater heights. His enthusiasm for food and love for tea made him establish something unique. He firmly believes that the quality of the food item should be top-notch with no loopholes.  He says that all his staff knows what he wants and always serves the best. They are all aware that there should be no compromise with the quality of food. Right from the middle management to all plant workers, they are aware of his aims and motives. Initially, he was only dealing with tea. Later he decided to multiply his venture by adding in more food items in the category of superfoods. This made him add Makhanas, nuts, cashews, seeds, etc. The products of Greenland Agro Foods are promoted across the entire length and breadth of the country. The passion for food and his sense of doing business in the food industry has helped him make his venture so profitable in just one year. The startup plan of Harsh Agarwal shook the entire food-tech industry.  His company is catering to distribution partners and traders from all across the globe. There is no minimum order size, and the products are delivered on time. The food items are delivered even at the most remote locations. They also go that extra mile delivery by partnering with the local delivery partners to provide the customers with a hassle-free delivery experience. Disclaimer: The views, suggestions and opinions expressed here are the sole responsibility of the experts. No Forbes India journalist was involved in the writing and production of this article.