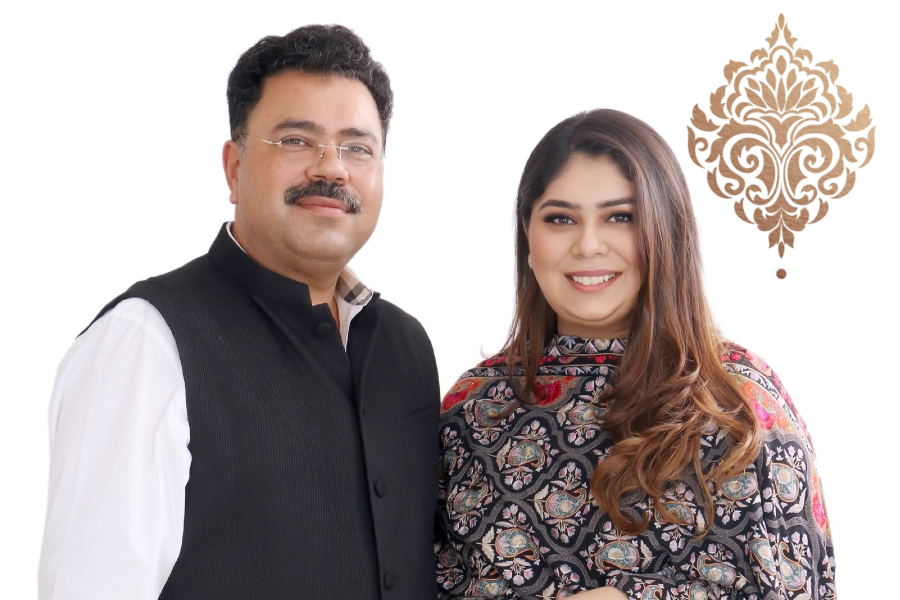 Most of the countries in the world have long lost the art of hand-weaving and loom process. They also gave up on natural and organic processes prevalent in textiles creation decades ago. India is perhaps the only country in the world that still produces hand-woven textiles traditionally created by skilled weavers. Such exquisitely crafted textiles are much sought after in the western world. The popularity of such handloom creations can be attributed to a few who are still engaged in the production of such handloom fabrics. They have to continually struggle finding good weavers, inflating raw material costs, lack of interest in local markets and cheap knock-offs. Still, these brave souls march on, mostly for the love and appreciation they have for the exquisiteness and exclusivity that handloom fabrics offer and the traditions that they want to keep alive, no matter what. One such establishment is Gulati Editions, a 61 years old third generation family owned luxury handloom brand based in Chandigarh, India. It was founded by Shri Madan Lal Gulati in the early 1959. He was later joined by his son, Hitesh Gulati and his grand daughter, Varnika Gulati who now spearhead the brand and drive its growth story. Gulati Editions’ journey started in 1959 with the simple fascination of a young man, its founder, Madan Lal Gulati towards a rich Indian and exotic craft called the 'Banarasi'. He used to sell hand woven silk sarees from a small store. Over the years Gulati Editions grew from a small store that sold silk sarees to a niche luxury handloom brand presenting some of the finest Indian crafts and designs to a worldwide audience. "The ethos behind the brand is to revive, retain and celebrate Indian Handloom and present it to the Modern India of Today with the ability to connect with each generation in a way which is relatable to them yet stands for its impeccable Indian craftsmanship" says Hitesh Gulati, son of Gulati Editions’s founder Shri Madan Lal Gulati who joined the business In 1987. Hitesh is an avid second generation textile enthusiast and connoisseur known for his fine eye for detailing and understanding of Indian crafts. Currently, he is the head of manufacturing and production given his expertise. "While modern consumers are aware of new trends, they also need to know the right worth of products they are paying for. Anything that is hand-woven requires expert skills and is time consuming. Hand-woven products are actually the labour of love and a means for the sustenance of our country’s traditions. It may be costlier but it is a piece of Indian heritage that is yours to treasure," emphasises Hitesh. The hand woven 'Banarasi' is a signature collection that the brand has to offer. It is solely inspired by Indian tradition and heritage. The brand also offers a wide range of Indian crafts hand-woven by its master craftsmen. Some of these crafts include the Tanchoi, Upada, Jamdani, Kadhua, Jangla, Kadiyal, Shikargah, Kalamkari, Kani and Kasab handiwork that traverses across Gulati Editions’ wide and diverse product range of handloom sarees, dupattas, Thaans (fabrics) and pashmina shawls. "As a brand we’re trying to not only establish a revolutionary change in the luxury market but also provide sustainable livelihoods to our skilled craftsmen with a well thought motive to preserve the saree culture in the country" says Varnika Gulati, the daughter of Hitesh Gulati and the third generation keeper of Gulati Editions’ traditions. Varnika, a business graduate specialising in Marketing and Economics, joined her family business in 2019 to carry on the family legacy in the trade. Going against the traditional store format and conventional way of doing business, Varnika has taken the business digital. She has made the brand more accessible to an untapped worldwide market. The brand started out on Instagram and dropped its first e-collection in July, 2019. Since then, the brand has earned almost 50,000 followers and thousands of new customers spread across the globe. Each one of them has deep appreciation for fine Indian handloom and skilled craftsmanship that Gulati Editions brings to them. “The sole purpose behind the brand is to redefine and reinterpret a modern 'Make in India' with an attempt to make Indian textiles globally approachable and a part of your routine wear,” says Varnika. From working closely with about 250 weavers in the early years of its founding to 3000 currently, the brand provides sustainable livelihoods to its weavers not only by providing them work but also by constantly trying out newer techniques, designs and weaving styles that help in skill development and their growth. No wonder then, those who are close to Gulati Editions family call them the keepers of Indian handloom tradition deservedly crediting it for making Indian Handloom fashionable. Gulati Editions' products are showcased at https://instagram.com/gulatieditions.in/ Disclaimer: The views, suggestions and opinions expressed here are the sole responsibility of the experts. No Forbes India journalist was involved in the writing and production of this article.

Tweets by @forbes_india
Camfil USA experts explain how to mitigate COVID-19 risks by upgrading air filtration
We are getting fewer but meaningful footfalls: Gayatri Ruia