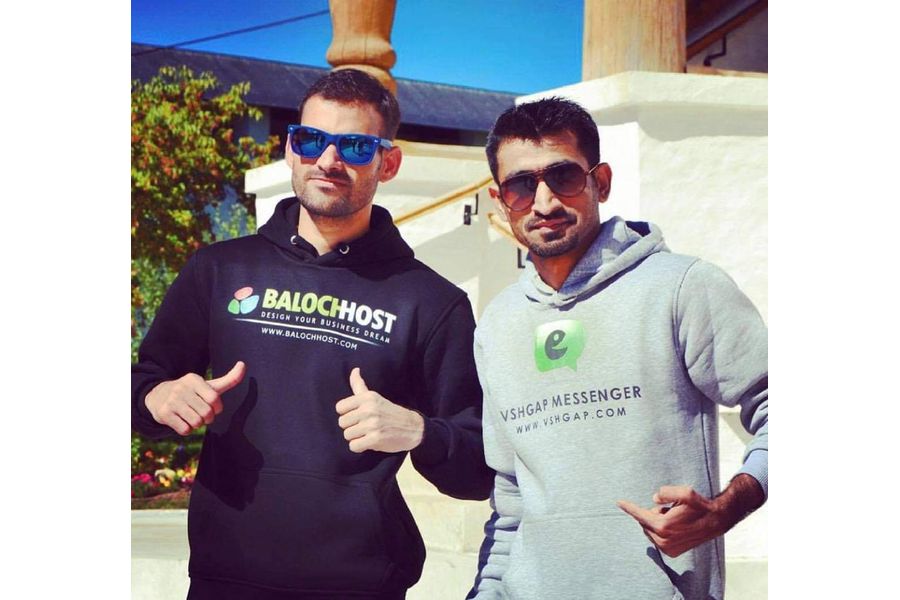 Coming from a land of chaos Balochistan, Chiragh Baloch has shown that a person can achieve success if one has determination and will for it. His first encounter with entrepreneurship was when he was just 16. His curiosity has been growing ever since. He soon started working on digital marketing and web hosting, which brought him lots of success. Hailing from Pasni, Balochistan, Chiragh Baloch completed his masters in Information Technology from Moscow, Russia. The dire situation of Balochistan motivated him, as he wanted to do something that would help his community. He founded Balochhost and VshGap, a startup known all across the world. His messenger app VshGap has found lots of success, especially in western countries for its simplistic approach towards messaging. It is one of a kind messenger app that allows user to send and receives a message without registration with mobile numbers. His company Baloch Tech serves thousands of customers helping them overcome any web development and software obstacles. In addition to his several startups, he is also helping young minds of the Balochi community by organizing several tech concerts such as Baloch Tech Vision at Sindh Boys Scout in Karachi in 2017. The purpose of such concerts is to help youngsters shape up their career in the tech industry. Chiragh Baloch along with his team at Baloch Host has also developed the WhatsApp sticker for the Balochi community. In addition to his tech achievements, he is also very active on social media as well as YouTube. His YouTube show titled 'The Chiragh Baloch Show' serves as a platform for many Balochi artists, actors, and singers to showcase their talents to the entire world. Chiragh Baloch is the kind of person who thrives when it comes to challenges and loves to help others. The world would be a better place if we had more people like him. His success mantra of focusing on the ways to achieve dreams and hard work is something everyone should take note of. Disclaimer: The views, suggestions and opinions expressed here are the sole responsibility of the experts. No Forbes India journalist was involved in the writing and production of this article.