From all over the world including India's top 1000 Indians 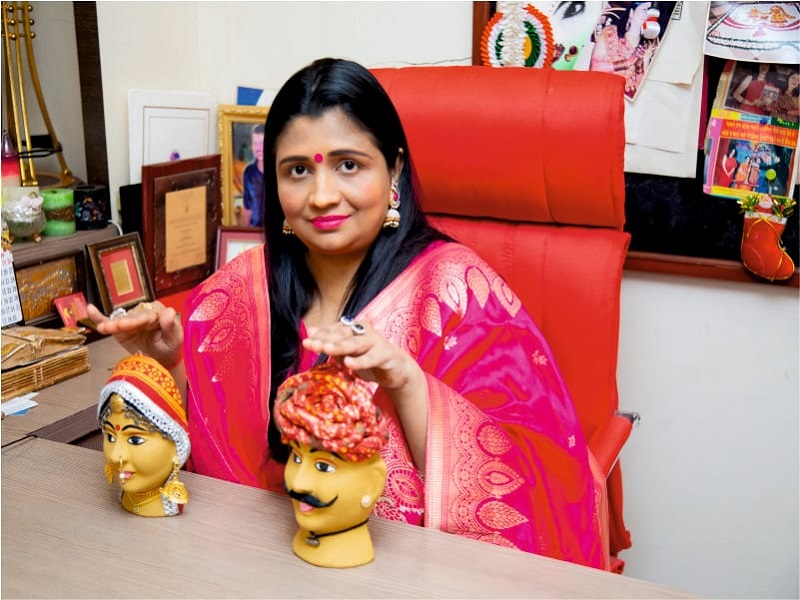 Priya shah want to change arrange marriage system in 1991 so she started speed dating matrimonial get- together in 7* hotel in, Mumbai as well abroad candidate with parents under one roof 200 family together. she is the pioneer of this kind of seminar Yes , marriages are made in heaven. But  they are arranged on earth by some gifted people who have the innate sense of uniting  like-minded people in a bond of a lifetime. Having won accolades and awards besides blessings from happy couples and their families, Dr.Priya shah is a popular and respectable figure  who is running a marriage bureau in Mumbai and  abroad  since the last 30 years. A personal  approach Hailing from a Jain  Gujarati family in Mumbai, Dr. Priya Shah was married off at an early age in  1991 by her parents. Though she feels  that  arranged  marriages don’t offer girls the luxury of choosing  their own life partners. It was this liberal thought of giving girls the option to choose their own life partner that prompted her  to start a marriage bureau. The rest, as they say is history. Make of Matches An M.A and  Ph.D. in marriage consultancy (U.S.A), Dr. Shah has successfully made matches of more than  9000 couples  through her establishment  Priya Shah Match Maker’. The establishment boasts of making matches belonging to well-placed professionals like doctor, engineer , M.B. A  Chartered  Accountant,  Architect, well-known business house owners  industrialists  from hindu  families like Gujarati, Punjabi, Bengali, South-Indian, Marwal-Agarwal, Maheshwari, Gupta, Jain from Mumbai  other Metros as well as overseas too. 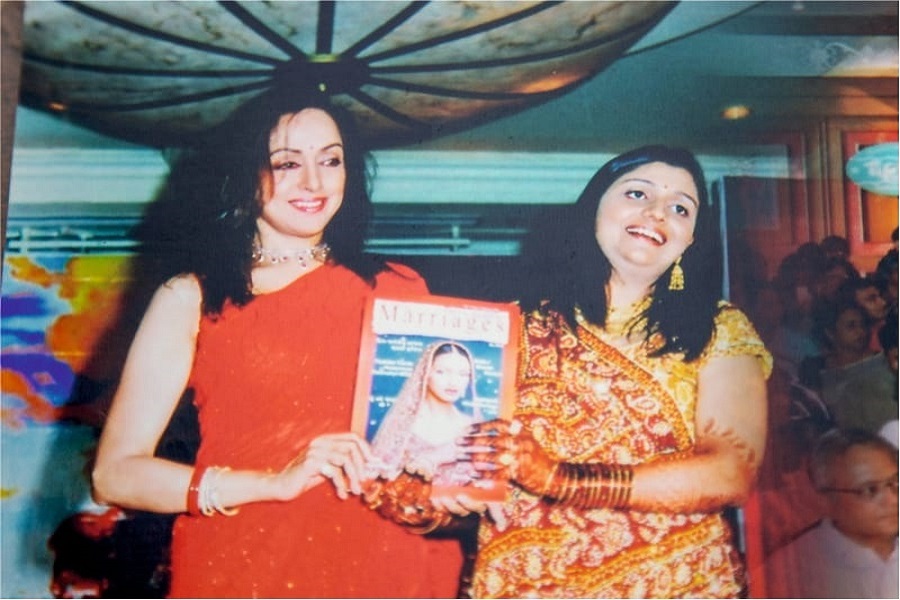 Magazine Launch Launch of “The Marriages of India” Magazine 1st Edition launch by Hema Malini with Dr. Priya Shah I, Priya  Shah, am  overwhelmed  to present  the first  English edition  of my magazine  “The Marriages  of  India”. The Philosophy  of our Indian  culture says that life is divided into four parts , Bramcharya  Ashram, Grasth  Ashram, Vanprast  Ashram, and  Sanyasth  Ashram. Vanprast  and Sanyasth  Ashram have a  very  precious  and  worthy  status but the most important  is the Grahasth Ashram. To enter into the  experiences  of  Grahasth Ashram, marriage is an important  act. In Present  times, Parents  and  their  respective children  go through  tremendous  stress in  marriages related problems . Celebrate a  good  wedding  ceremony  or even to maintain a good  marriage life is a very challenging fact. How to lead a successful marriage life and how to lead marriage life and how to live happily with your family are subjects talked about in our magazine. “PRIYA SHAH THE MATCH MAKER” Keeps reforming  itself  year after  year. In order to create awareness for a healthy and happy married life for today’s  younger  generation, I have taken the initiative to introduce my magazine called “The Marriages of  India”. I hope this magazine will be of great help to the girls and boys of today’s generation to lead a happy married life. Today, the young  generation uses the online dating system where they end up chatting with random people which leads to inappropriate decisions of marriage without seriously  understanding  or getting to know each other well. This results in fights, arguments, and ultimately legal separation. It  is very important  that both boys and the girls select correct partners for marriage. A life- partner who is  supportive, understanding, caring  and above all someone who will live with them under all kinds of circumstances,  without  any pride or prejudices. The main purpose of my magazine “The Marriages of India” is to solve the main problem in our society viz. late marriages, Divorce, or No marriage. Today’s young  generation boys and girls think that they are self –made, well-settled in life, and have the freedom to live their lives independently . This is really something  seriously to think about if this thinking of today’s youth continues, then the future of this generation is really going to be furious, like No Marriages and hence No Children. This is illiteracy in the younger generation towards marriage. Accolades and awards      Owing to her hard work and goodwill, Dr. Priya Shah has been bestowed with several recognitions * Bharat Ratna Dr. APJ Abdul Kalam Excellence Award 2018 * The Global Achiever-21st Century * The Best  Match Maker Award 2015 in Dubai * Awarded by Jain International Trade Organisation  2014 * Ashok Stambh Award 2014 * Priyadarshini Indira Gandhi Award, 2013 * Mother Teresa  Excellence Award,2013 * Nari' Ratna’ at International women’s Day in 2011 * Youngest Jain Ratna Award  2010 Website: www.priyashahthematchmaker.com Disclaimer: The views, suggestions and opinions expressed here are the sole responsibility of the experts. No Forbes India journalist was involved in the writing and production of this article.

Tweets by @forbes_india
Kiss the Ground: Is this the answer to fixing climate change?
Uber's Sooraj Nair: Performing under pressure