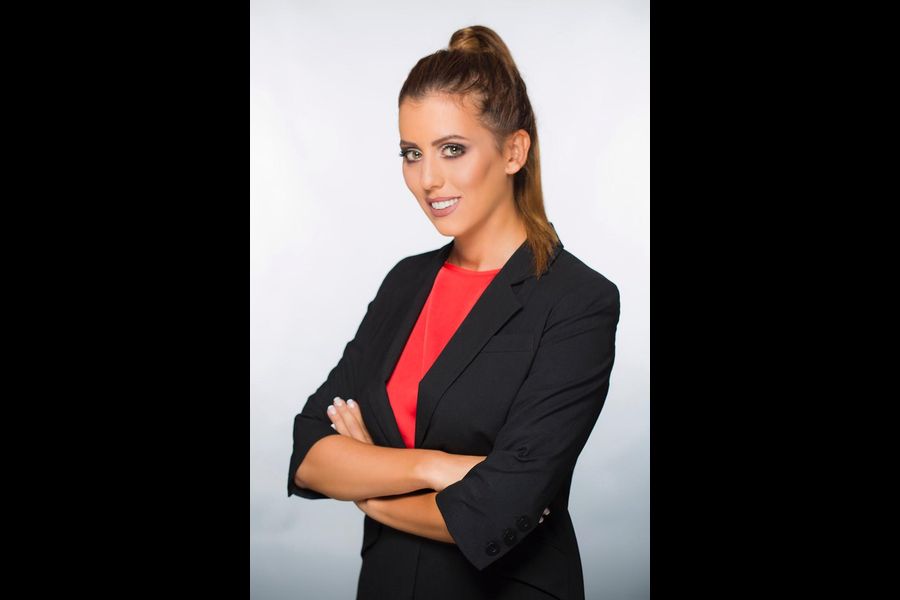 Meet Maya Nassar, a fitness sensation, former TV host, mother and entrepreneur changing the lives of thousands across the world

Becoming a famous fitness model in the Middle East takes a lot of hard work, especially if you balance that with being a successful entrepreneur. We spotted Maya Nassar, a fitness icon in Lebanon who has mastered both.

Nassar is a multi-talented personality; she is Dutch- Lebanese competitive fitness model, former TV host, brand ambassador and entrepreneur. She became the first female in history to be endorsed by an Arab government to represent her country on an international level in female fitness modeling competitions abroad.

Nassar owns her own online platform, fitness center and e-business called Start Living Right which is visited by people from all over the world. Thousands of women across the Middle East credit Nassar for changing their lives and helping them to get fitter. They describe her as fit but also feminine, with a physique that most women aspire to have.

Nassar became a symbol of pride for her country after successfully winning many titles and championships in her fitness modeling competitions. She is adored by the media and has appeared extensively on TV programs, magazine covers, billboards, radio shows and in newspapers. Nassar is the former host of the popular program Get Fit on MTV Lebanon and currently hosts her own radio segment as the fitness guru for Virgin Radio Stars.

Nassar is regularly invited to give talks at events and regional conferences as a fitness expert and motivational figure. In 2015, she was invited to go to Russia and speak in front of a hundred women by Miracle Magazine. This event was broadcast all over Russian television and on billboards. Recently she was asked to speak at an event for inspirational women at Ecole Supérieure des Affaires business school in Beirut. She was seen as a role model for women in sports.

Nassar kicked off her career as an entrepreneur in 2017 when she opened her own fitness center in Lebanon which she named after her online brand, Start Living Right. Within a few months, she successfully opened a second branch and is now expecting to open a third branch soon. Her goal is to franchise her fitness center all across the Middle East. Nassar also manages an online business where she provides tailor made diet programs and training plans for people all over the world.

Nassar has become a reference for health, fitness and general wellbeing in the Middle East. She changed the bodybuilding culture in Lebanon and inspired thousands of women to start lifting weights. Nassar is now changing the misconception of pregnancy fitness in Arab countries, proving that exercise is essential for expecting mothers. Middle Eastern media religiously turn to Nassar for quotes about exercise during pregnancy, which has now become a hot topic for Arab women.

Nassar explained that many women are not aware of the benefits of pregnancy fitness in her country, and her mission is to make it the norm for these women to exercise. She says women quite often believe that exercise during their pregnancy can be dangerous for their health and are advised to stay at home. She is launching the first ever online pregnancy program in the Middle East that will empower women to exercise throughout their entire nine-month journey. Nassar explained that this program is going to target thousands of women across the Middle East and is going to have a huge impact. She is currently receiving hundreds of messages a day from her fans anxiously waiting for the official launch of her new program.

Nassar collaborated together with a gynecologist who has endorsed all the information in her new program. She described her program as the bible of pregnancy fitness, where a woman will have all the necessary information for a healthy pregnancy journey. Her program will include diets, exercise plans, what to expect in each trimester, a beauty section and lots more. She has been working on her program for more than a year and is planning to launch it this summer. Nassar has started working with a big advertising agency to help her reach women all over the Middle East. We expect this new program to be the next biggest hit in the Middle East which will change the lifestyle habits of pregnant women.

Tweets by @forbes_india
Podcast: The race to make a Covid-19 vaccine in India
Jio bags fifth investment, from KKR