For the busy city commuters, Spectre has an Android based mobile app for on-the-go trade execution 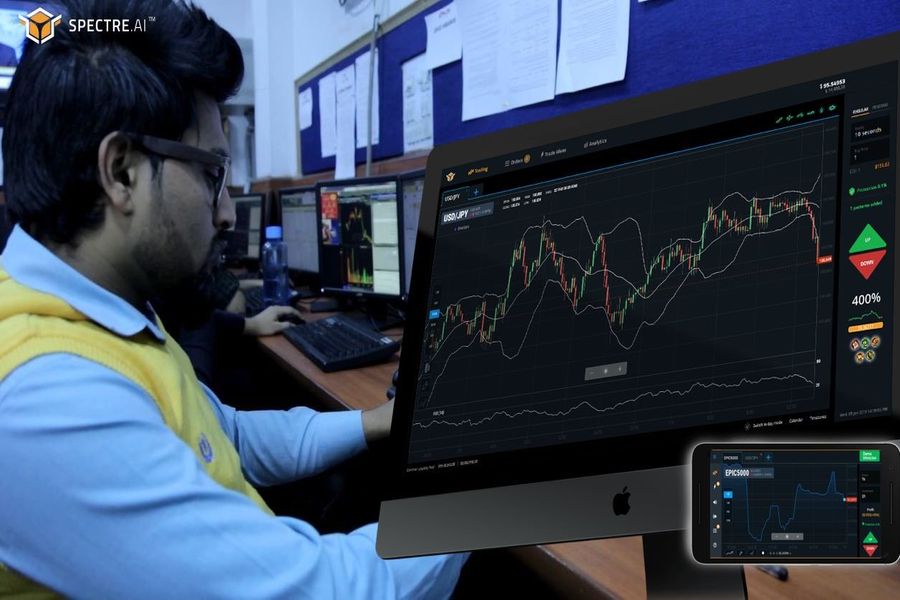 Robinhood, the equities retail financial trading platform in the U.S has rapidly captured the ambitious spirit of millennial traders and is growing at a rapid rate. Robinhood is so pervasive in investing culture in the U.S that even terms such as “robinhood rallies” or the “robinhood effect” are becoming part of everyday investing maxims and vernacular. With India’s NSE (National Stock Exchange) market capitalisations crossing over 2 trillion USD and a burgeoning middle-class giving rise to many sharp shooting, aspiring millennials across the nation, it is but natural that this pent-up demand needs to be served. Spectre, a relative newcomer on the scene (launching just 3 years ago) has already amassed a large following of 50,000 traders but is leading the front on innovation. Similar to Robinhood, Spectre.ai is a fee-less trading platform where traders do not pay any trading fees and trade execution is instant. It allows the Indian retail trader to speculate on the direction of hundreds of currency pairs, metals, historical (known as EPICs) and traditional equities. What differentiates Spectre.ai from the rest, however, is the nature of contracts. Traders can switch between digital contracts which allow them to earn 70%-400% by speculating on the price of, say, Reliance Technologies and where it will go within the next minute. They can structure their contracts for far shorter than that to just a few seconds but also for the long term. This flexibility in trading is unparalleled. If they prefer to earn by the pip (percentage in point), they can toggle over to C-CFDs (covered CFDs) asset class. What takes things to the next level, for the aspiring Indian trader, is the ability to also speculate on the prices of major Indian equities but in the past. This contract class is known as ‘Reverse Futures’ and is taking speculative trading by storm already. Head of affiliations Ian Buck stated “the adoption of Reverse Futures is astounding, people love the prospect of already knowing the general trajectory of a stock’s price over time and then being able to time it to get an advantage.” For the busy city commuters, Spectre has an Android based mobile app for on-the-go trade execution. Above all, the group prides itself on risk management. The growth of capital over time is difficult when trading volatile assets, unless one has a strong grasp over their emotions and at times, greed. Greed, for lack of the better word, is not good. With trade and account level dynamic risk management limiting the amount a trader can lose in any given trade, trade sequence or account level at any time, Spectre stands out amongst peers when it comes to trader safety and capital protection. Disclaimer: The views, suggestions and opinions expressed here are the sole responsibility of the experts. No Forbes India journalist was involved in the writing and production of this article.