One of the biggest principles Jas Mathur strives for himself and others is the need to REINVENT YOURSELF. 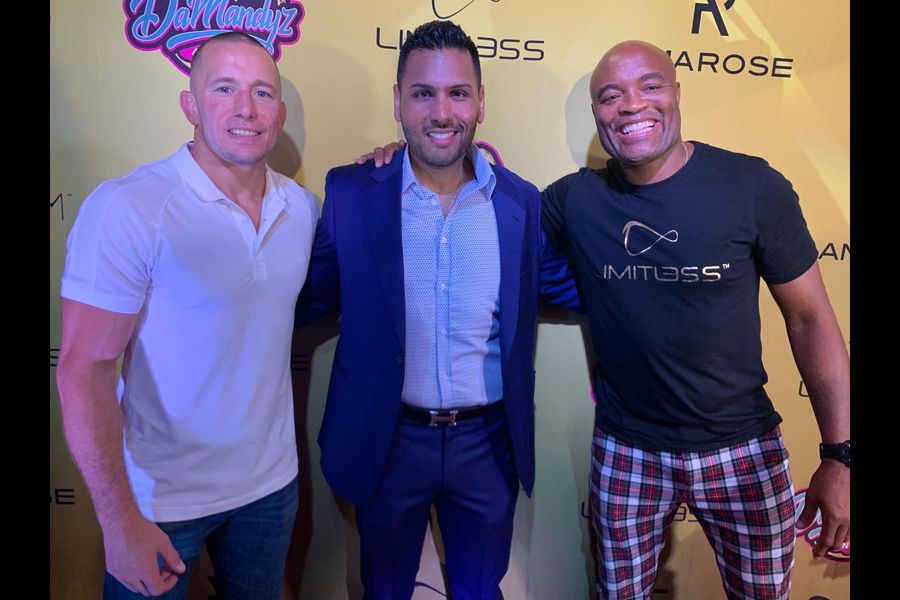 One of the biggest principles Jas Mathur strives for himself and others is the need to REINVENT YOURSELF.  As a fitness and lifestyle expert, Jas believes that your mindset affects your mental, physical and emotional health.  How you think directly correlates with and impacts the choices you make, the things you choose to invest in, the fears that drive you away from action, and so much more.

In order to REINVENT YOURSELF, you need to remember that choices matter.  Above all, the discipline to actually make the choices matters even more. Thus, in order to take impactful action in your life you first have to take action in your inner thoughts. Are you going to lie to yourself?  Are you going to hide the truth from yourself and others?  The truth you tell yourself about who you are where this process begins.

Our brains are hesitant to take steps to change, whether a little or a lot.  Each person has to make the effort to want to change and this change takes an extra effort.  Without the mindful effort to change, it is easy to stay at a certain unhealthy weight and in an unhealthy relationship.  That is why years can pass and the changes we want and need never happen.

Fortunately for Jas, his dedication and discipline to change is what led him to his own reinvention.  It may be impossible to believe that one of his major changes in his reinvention was losing over 200 pounds. Every small step, every small change, every slight change in his thoughts, laid the foundation for greater change.

Jas Mathur, owner of the celeb-friendly fitness company, Limitless, is a comeback story for the ages. As CEO of Emblaze ONE INC. and Limitless Performance Inc., he helps the masses develop and implement healthy personal and professional lifestyle changes with each of his products.  While dominating the agency space, he helps develop products of his own to empower people to shed pounds and achieve their fitness dreams. Mathur’s work continues to be featured in multiple publications including, but not limited to, Forbes, Men’s Journal, Muscle and Fitness, US Weekly, and OK Magazine, to name a few.

Jas teaches that the stories we tell ourselves about ourselves influence our state of mind, which then influence the choices we make in the behaviors we take on. It's impossible to move forward in life while believing the things that have held you back. No lasting change happens unless one has a significant and thorough commitment to rejecting unhealthy ways of thinking, assumptions and beliefs, and embracing with complete conviction a different and new set of beliefs.

For some, it can be hard to change the way they think. This is especially true for people who have held certain beliefs for decades and decades, not just a few months. But change is possible, and with the right motivation and mentor ship, anyone can change.

Although Jas was a business genius and innovator, his sedentary life had consequences.  At a young age, Jas began publishing backstage news in AOL and mIRC chat rooms. He used this experience to create his own message board-like websites and in less than a year, they became some of the most frequently visited wrestling news websites in the world. He sold his network of sites to a media conglomerate at 16 years of age and founded a series of successful companies in various industries such as satellite TV, digital surveillance, online dating, online gambling and internet advertising. Jas started importing products from China at age 19 and was producing over $50 million per year in revenue in the consumer electronics, digital security, and surveillance industries by his mid- twenties. What started as an online business, expanded into brick and mortar stores with retail, wholesale and distribution of over 2,500 SKUs.

Jas is living proof that fearless and limitless decision-making creates results. When people dig into their fears, they usually get stuck, because the human brain loves to use fear as a way of staying still and not taking risks. It's easier for people to talk themselves out of doing the right thing than to talk themselves into it, because excuses are easy to make and manufacture. The brain can rationalize anything, and we can always find a way to not do what will take us to the next level.

As he explains, “The majority of people in today’s society are hesitant to take a step forward toward achieving their goals and dreams because they’re afraid of failing.”

At one point in his pre-fitness life, Jas bought himself a sports car and tried to drive it… except he could not fit into the car. It was this rock-bottom situation, combined with a few other things, that pushed Jas to decide he was going to make a change in his mentality. He realized he could not hold on to two different ways of thinking; he had to choose one and reject the other. So he rejected the thinking that had kept him overweight and chose the thinking that would put him on an incredible path of fitness transformation.

You're only as successful as the story you tell yourself. If you want to live limitlessly, you have to start thinking limitlessly. Ask, “Why shouldn't I be able to do something?” and then you'll find more reasons to do it than to not do it. Jas is living proof that your strategy starts with your story. Get out there and do it!

What will you choose?  REINVENT YOURSELF.  Choices matter. The discipline to actually make the choices matters even more. Disclaimer: The views, suggestions and opinions expressed here are the sole responsibility of the experts. No Forbes India journalist was involved in the writing and production of this article.