Kushal Sharma The boy who didn't take no for an answer 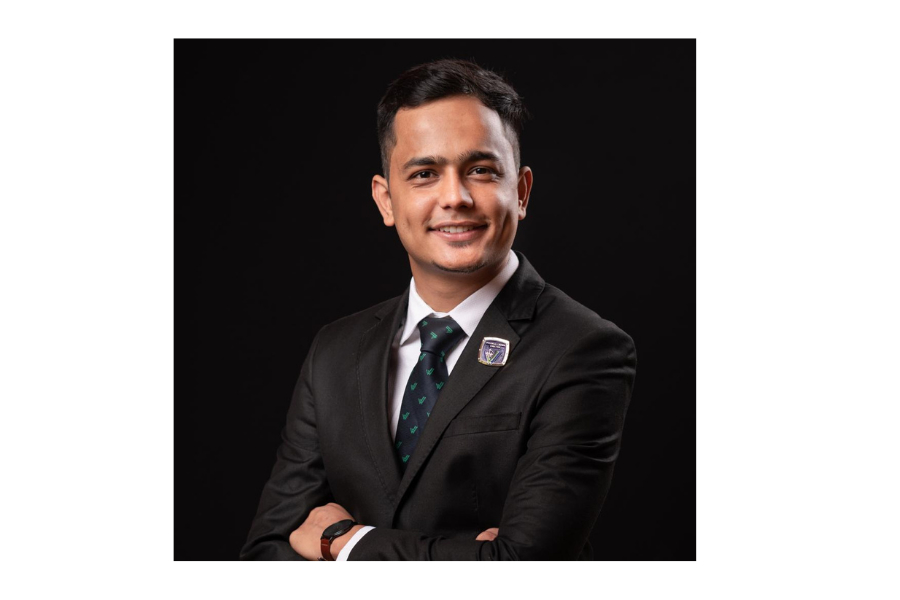 Abraham Lincoln said, “Things may come to those who wait, but only the things left by hustlers.” What he meant was, all the resources in this world won’t make you successful if you don’t have a hunger for success.  Ambition is the most important thing. All the knowledge and education go wasted if one doesn’t have the drive to put them to use if one doesn’t have an unquenchable thirst to go after what they want. This theory pushed Khushal Sharma to start his network marketing career at the age of 17, while pursuing a degree in engineering at Dayananda Sagar College of Engineering, Bangalore.  Sharma grew up in a middle-class family in Rajasthan, where his father was a priest. Growing up, Sharma recalls, he had all the necessities fulfilled. But there was a fierce drive inside him that asked for more. He had bigger goals and ambitions. Claiming to be a turning point in his life, he said, “My friend once showed me a well-made network marketing plan in his diary. At first, I didn’t understand. I had my doubts about whether or not it would work. I spent the night researching online and learning more about network marketing, and the next morning I said yes to that glorious opportunity.” Today, Khushal Sharma is one of the youngest top-earning businessmen in the network marketing industry in India. Most of his life goals are accomplished already at the age of 24. Along with his aims, he has actively worked towards uplifting his peers on a path of financial freedom as well.  Khushal currently lives in Bangalore, Karnataka. His current mission is to travel the world and learn new things from different cultures and parts of the world. He wants to help every young entrepreneur in their journey of financial satisfaction and abundance by making an extra revenue stream. He delivers motivational speeches and talks to millions of young minds and is on a mission to reshape their ideas for success. He feels blessed to be sharing this kind of space with some big names in the network marketing industry. Khushal admits struggling in the beginning, saying he didn’t magically land clients or expanded his business overnight.  “I had my fair share of inhibitions. In the beginning, I couldn’t even bring myself to speak up, let alone show the plan. Gradually, I got over my fears. I faced rejection a million times. I had no friends left, and I was mocked and ridiculed by a lot of people. I still kept going, with my faith in the almighty, I believed today’s challenges would be tomorrow’s rewards.” His zeal to prove himself was powerful. Not only did he refuse to give up, but he pushed himself to work even in the face of rejection and adversity. He showed presentations to anyone and everyone, where ever possible, roads, bus stops, college corridors, library, railway stations. He refused to accept defeat. He promised himself that he will prove his worth, not by words but by actions.  All that hard work paid off finally when at the age of 19, Kushal became the youngest millionaire. He had a vast network all over South India. By the age of 21, he had done sky-diving and bungee jumping, traveling close to 10 countries across the globe. Now at 24, Khushal became The Youth Icon of India. He is multi-lingual with fluency in Hindi, Kannada, Tamil, Telugu, Gujarati, and Marwari.  Khushal believes our experiences are our best teachers. He values lessons learned from the relevant experiences of his mentors or teammates. He has a passion for mentoring and passing down values and teachings for everyone to achieve financial stability and abundance. It gives him a sense of accountability and consistency and helps to expand his business. He is very grateful for his teammates and mentors. He said, “I did not achieve all this on my own. I had the support of my teammates. My goal wasn’t just to change my own life but the lives of all my team members who have worked hard with me against-all-odds. Because the amount of happiness and gratitude I have received from their support is worth more than a million dollars.” Khushal Sharma is an inspiration for us all. His story reflects a strong work ethic and also a commitment to work for the better of his community in the network marketing industry. To learn more about this inspirational personality, follow his work on social media, and become a part of his large community. Instagram: @khushal___sharma Facebook page: Khushal Sharma the Vibe of Success Disclaimer: The views, suggestions and opinions expressed here are the sole responsibility of the experts. No Forbes India journalist was involved in the writing and production of this article.

Tweets by @forbesindia
Behind Manorama Industries' bout of success
Podcast: Why leadership is like climbing Mount Everest—and how to get to the top