Known for his 'cool' approach to complex and high pressure situations, Mahi has been the perfect 'Bijness Bhai', guiding our customers on how to make their businesses grow 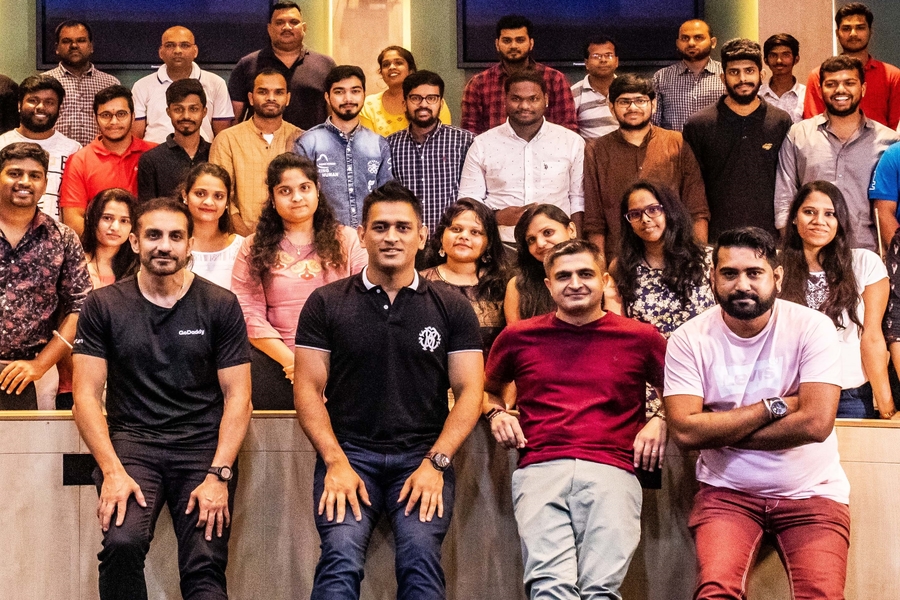 GoDaddy India Brand ambassador, MS Dhoni with the GoDaddy India team The best brand ambassadors personify the brand, and its consumers. At GoDaddy, we’ve been lucky to have Mahi – as cricketer MS Dhoni is fondly known everywhere – reflect the go getting spirit, sheer ambition and professional excellence that we share with our entrepreneur customers. Known for his ‘cool’ approach to complex and high pressure situations, Mahi has been the perfect ‘Bijness Bhai’, guiding our customers on how to make their businesses grow and thrive in the digital marketplace. Ultimately though, business is about leadership; about understanding the forces and pressures around you to make the right decisions, and about adapting and learning new skills to deal with new scenarios. And who better than Mahi again, known as a world class leader on the pitch and off it, to share some lessons. As we completed a year of our association with Mahi, we hosted him at our Customer Support Centre to interact with our team there – after all, we could all use a little inspiration! In what was a raptly attended session, we spoke to him to understand how he approaches his craft and his role as a leader. Game changing decisions
In the 2007 ICC World Twenty20 Final, India v/s Pakistan, Misbah ul-Haq had just hit Harbhajan Singh for two sixes in the penultimate over, and Pakistan were 13 runs away from victory with one over to go. Dhoni’s decision to ask Joginder Sharma to bowl the last over was highly unorthodox, but has gone down in cricketing history as one that showed true leadership under pressure. Twelve years later, we asked Mahi about that call, about what went through his head while so much was at stake. “In 2004 when I played against Pakistan, it was India A against Pakistan A and we were playing in Kenya, Misbah ul-Haq was hitting the spinners like anything (sic). In 2007, three years later, he did the same thing to Harbhajan Singh’s bowling, who was my most premium bowler throughout the tournament. Which means he’s a great player of spin. So now the question was whether I would give the last over to Harbhajan again – you weigh in, and you say no, I’m going to give it to a medium fast bowler,” said Mahi, explaining how he focused on the key past learning that mattered. Yes, the medium fast bowler in the team, Joginder Sharma, was not very experienced at that time but once it was clear he couldn’t give the over to a spinner, it was an easier decision to make. About the high stakes of the decision he said, “When you remember the past learnings, it always helps you in the future. Also, to keep it simple, never worry about the results, and you’ll have less pressure on yourself.” 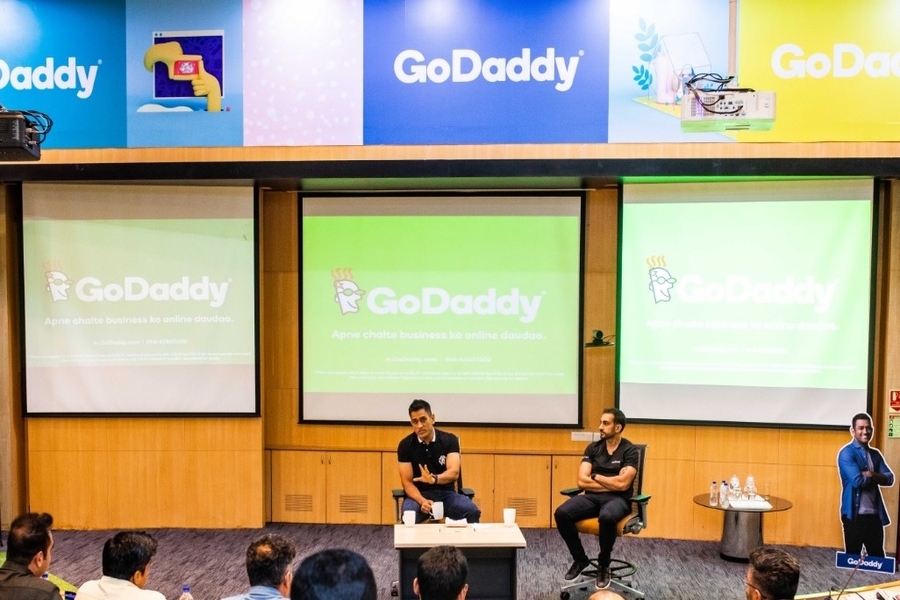 From left to right, MS Dhoni, Nikhil Arora, MD and VP, GoDaddy India, interacting with the GoDaddy India team
Frontier lessons
Mahi’s recent stint with the Indian army, where he was commissioned into a Territorial Army Battalion in the Kashmir valley, has had all of us intrigued. We asked him what his experience was like, and how were the demands of the army different from that of the field? “The physical demands of the army are completely different, especially when you are in a valley like Kashmir. You’re never in the valley for a long time, because you’re moving around the ridgeline. When you climb a mountain, it’s not like trekking because you carry all your stuff with you,” he explained. In his second week, the battalion moved to Ladakh, which presents its own challenges as a terrain. “The oxygen content is very less, and we aren’t allowed to do anything much in the day. We were checked up by doctors two times every day – that’s how difficult the terrain is. Hats off to the army, because they operate over there in all these difficulties and yet have a big smile on their faces.” “Cricket allows us to get ample rest even when we’re playing. That may not be the case in the army. You cannot rest anywhere; you need to check whether your surroundings are safe, whether you are in a dominant position or not…a lot of things go into consideration because it’s a matter of life and death. So it’s a very professional environment, how they operate, and a very tough one,” he added. Excellent work ethics
“You are a part of something for what you bring to the table. So when you make a presentation or a recommendation, make it according to your skill set or insight. Not according to what the boss wants. You may be right or wrong, but the boss at least knows what s/he can expect when they delegate something to you,” Mahi says when we ask him about lessons on professionalism or excellence that he’d like to share. “Going beyond the brief on your work assignments should never be about impressing the boss. It should be about your talent and your confidence on your capabilities,” he added, joking that although chasing your boss’ approval may seem like a mirage, the boss will be impressed if the job’s done well. And he left the attendees with something deeper to think about when he signed off saying, “I think honesty is one of the most important characteristics that we’re missing today. At least be honest to yourself, because then you can accept your shortcomings. You may not want to share them with someone else, because it may seem to you as a weakness; but you can’t lie to yourself. Be honest, and it’ll help you in the future to improve yourself.” Inspiring stuff! You can also watch the entire conversation at: https://www.youtube.com/watch?v=-DFSgYkHbCA&feature=youtu.be The author is Nikhil Arora, Vice President and Managing Director, GoDaddy India Disclaimer: The pages slugged ‘Brand Connect’ are equivalent to advertisements and are not written and produced by Forbes India journalists.