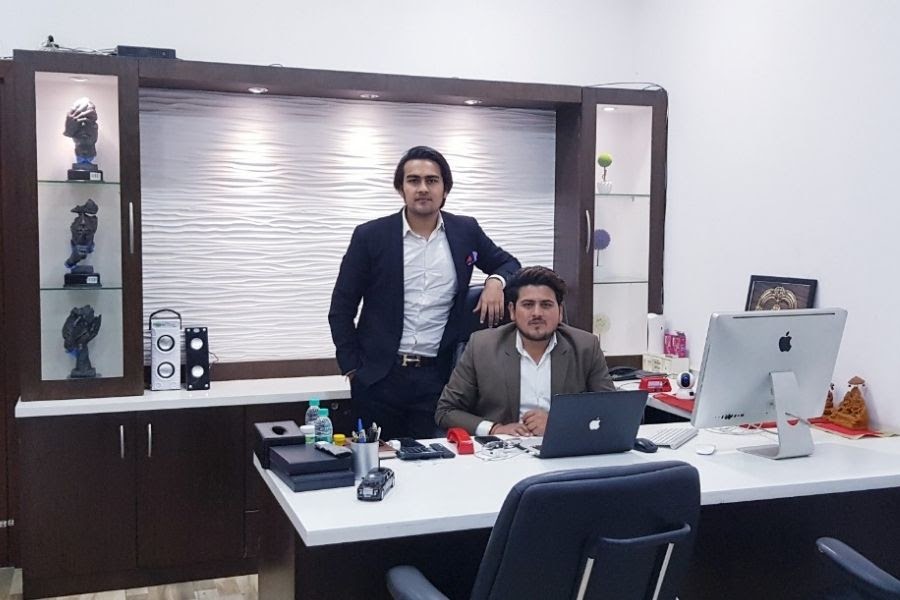 COVID-19 has severely impacted businesses across the world. Many went into losses, and many were compelled to shut operations. However, there is one Indian business that did not suffer despite the pandemic. Foxsky, the Ghaziabad based company, owned, and operated by the Bharadwaj group, joined India’s largest e-commerce, Amazon, in February 2020, and since then there has been no looking back for them. Despite the pandemic, they have managed to grow, and they are still growing and making waves in the consumer electronics business. They are on the path to becoming a 100-crore brand. The brains behind this growth are Manish Bharadwaj and Sachin Bhardwaj, who serves as the Product Head of Foxsky. It was because of his vision and focus that Foxsky has grown to be a formidable force in the industry. He gives credit to his team and his family too who placed their trust in him and encouraged him to lead this brand. Manish Bharadwaj never believed in a conventional education system. He studied till class 12th and dropped out after his 1st-year college exam. He had the kind of business acumen no college could offer him; hence he did not pursue his studies further. He rejected the concept of school and college and proved to the world that you do not need a formal education to succeed. Life is the biggest teacher, and if you have learned to crack it, then you need no college or school. The company was founded in 2018. They are currently present in more than 20 Indian states, and their products are retailed from more than 11000 counters across the country. The company has an incredible reach both online and offline and has a strong brand image in the country. Manish Bharadwaj believes in creating a strong brand image. He says it is the most important aspect of marketing because once you have developed a strong brand image, revenues will follow. Manish has a pretty futuristic attitude. His plan is not to focus on the present but to figure out what opportunity the future presents before them and prepare themselves accordingly. Since this is the era of technological advancement, the future, according to him, is going to be even more exciting and challenging. Manish Says, “Artificial intelligence will play a crucial game in the home appliances industry as the way we are going digitalize into every side of the industry. The way we are having voice-controlled TV, Wi-Fi control air conditioner, refrigerator, washing machine. I believe we will be seeing a lot of extra things in the future which will be useful for our Indian consumers to make them happy." He looks at the future with a lot of anticipation, excitement, and optimism. Manish Bharadwaj has ambitious plans for the future. In the next couple of years, he is aiming to generate an INR 500 crore turnover as per the sales project plan. They are also looking to expand, and they are now venturing into the refrigerator and small appliances. Manish Bharadwaj’s story is a motivation for every budding entrepreneur who wants to make it big in life. He is an example of a self-made man who achieved what many professionals with fancy degrees cannot.  He encourages young entrepreneurs to follow their dreams no matter how challenging they might be. "Great things never come from comfort zones”, is his mantra. The pages slugged ‘Brand Connect’ are equivalent to advertisements and are not written and produced by Forbes India journalists.

Tweets by @forbes_india
Donald Trump is impeached, again. What now?
Digital Marketer Pratulya Sharma is an Apt example of how skills & talent leads to big success