Sustainability from buzzword to gospel truth 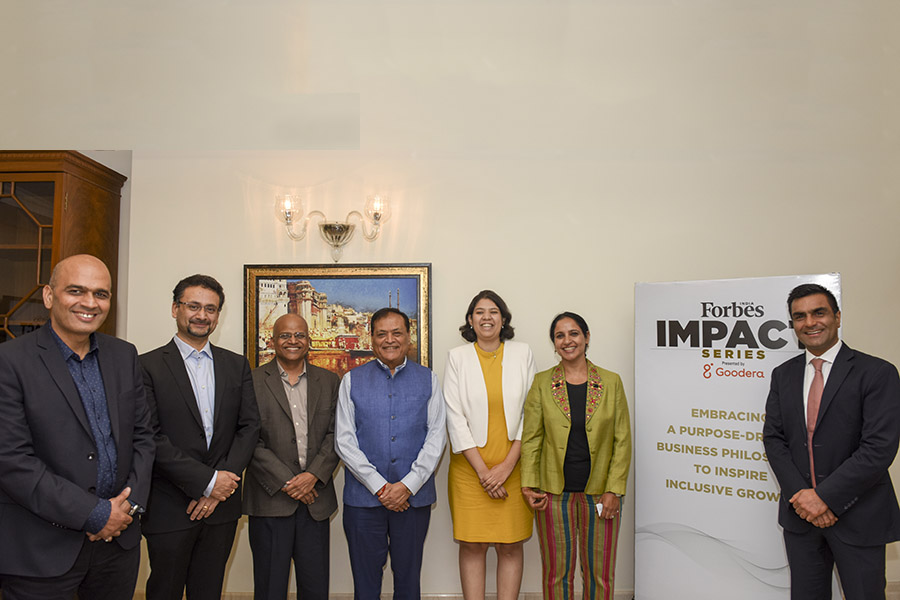 Can capitalism be truly conscious? If so, can businesses really achieve financial goals while ensuring that their stakeholders thrive and their welfare safeguarded? At the Forbes India Impact Series presented by Goodera in New Delhi, some of India’s best known CEOs sat down to debate the role of conscious capitalism in the 21st century.

Representing the oil and gas segment, which perhaps has the biggest stake in the global push towards sustainability, Mansi Tripathy observed that the key mega trend was the manner in which organisations are functioning today. “For example, 10 years ago, if you read any company’s vision, it would be all about being number one in market shares or earning X number of millions or creating stakeholder value or else it would simply be something to do with an impact. But now, if you read the vision of any of those companies, including Shell, it will talk about cleaner energy and impacting human life positively, which was unheard of before. It certainly is a marked shift,” she noted.

Echoing this sentiment, Amar Kaul attributed this change in mindset to the progressive value-system of the new generation. “Today, young kids who are fresh from college or with a few years of experience ask companies about their (employee) engagement and see the work companies do before they join. So to attract the right talent, money is not the only factor,” he said.

Sandeep Chaudhary offered the viewpoint that much of the change was taking place at a fundamental level. “With economic prosperity comes more social consciousness, and I think that is fundamentally seeping into businesses and eventually into the society we live in as well. Conscious capitalism is something of a win-win; and why wouldn’t you do it?” he noted.

The increase in “conscious” activities by companies is a direct result of the importance that all stakeholders place upon them, felt Mahendra Singhi. “Investors would like to look at your sustainability efforts, green philosophies and green policies. Vendors would like to understand the trust factor we have in our organisation and our green policies. Same is the case with the government, and you even become a part of their think tank if you are doing some good work.”

Raj Kumar Rishi believed that business relationships today had to be mutually beneficial for all stakeholders involved – symbiotic with a hint of altruism. “So in today’s environment, you can’t just work for yourself. You have to be making sure that each and every partnership is a partnership we’re enjoying and that they find success too. The fact is that the society has evolved over time. We have more lives being lost to environment-related issues compared to wars than before. So there is a need for more awareness and sensitivity which is coming into businesses,” he explained.

The common refrain during the discussion that change for the most part was consumer or outsider driven, bottom-up rather than top-down, was reiterated by Shanmugh Natarajan.

“The reaction and the practices that we are seeing now were, in some sense, long overdue. And then for us again, it was driven a little bit from the investor side, and we felt that if that was encouraging us to become more diverse and have inclusive growth, why not? Our social consciousness and capitalism aligns naturally. We have an outreach programme where our employees go out and train school children with our products, in order to empower them,” he pointed.

Offering a more realistic perspective, Richa Bajpai had the final say: “Companies still pay lip service to sustainability. (They don’t realise that) it not only makes you look good but also helps the bottom line in the long term. It needs to be an inherent part of the company culture.”