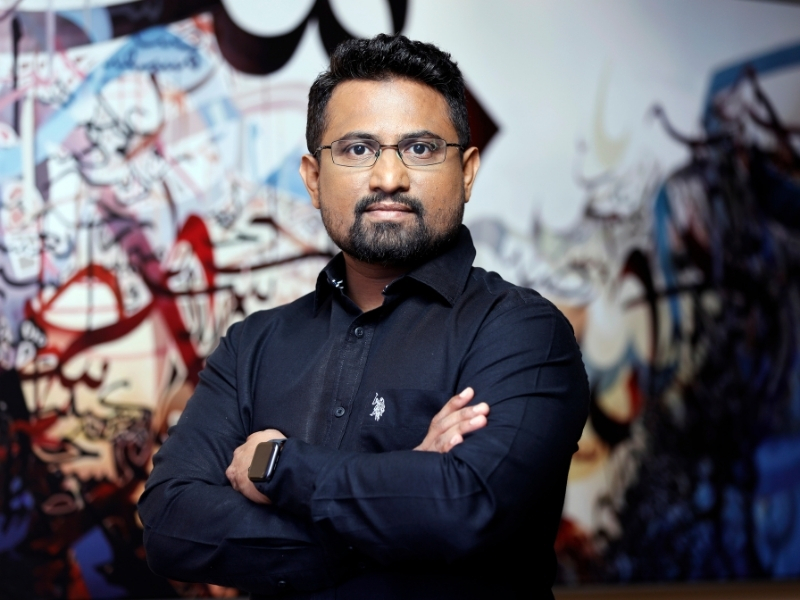 Entrepreneurs are a dime a dozen these days. But it is rare to come across one with acumen, foresight and tech prowess. Meet Ansif Ashraf, a young award-winning Indian entrepreneur who belongs to that rare tribe of businessmen with the above-mentioned qualities, who is making waves in the media industry. He is the proud owner of two stellar publications – Cochin Herald, a premier business magazine targeting the business/startup world in the Indian state of Kerala, and British Herald, a London-based news and information website, which is Britain’s window to the world.  The making of a mediapreneur Ansif knows the curves and contours of the media industry as his family has a media background. His father, the late Dr Sheikh Mohammed Ashraf, was instrumental in founding Cochin Herald in 1992, which was then a Sunday newspaper in vernacular Malayalam in Kochi, south India. Ansif grew up watching his father manage the twin roles of Editor-in-Chief and Managing Director. Unfortunately, in 1995, he stepped down due to issues with the management.  But the young Ansif was determined to win back Cochin Herald one day. In 2011, he was finally able to gain control of the titles of the publication. After discussions with experts, he decided to publish it as a bi-monthly English business magazine in 2012. The magazine, which also publishes books, hosts the Business Excellence and Leadership Awards in Kerala. From Kochi to London At a time when the prospects of the print media appeared to be bleak, Ansif boldly decided to shift to the online platform. British Herald was relaunched as an online news and information delivery platform in 2018. It is owned by his London-based Herald Media Network Limited. Ansif also owns the intellectual property rights of British Herald, which leverages on its consolidated strengths in the digital media and communication market. In 2019, after securing the ISSN licence from the Legal Deposits department of British Library, Ansif started a bi-monthly magazine under the same title featuring powerful leaders on the cover. Its January-February issue featuring British Prime Minister Boris Johnson on the cover was released by the Conservative Party leader himself. The issues of the magazine are also catalogued in the British Library. British Herald, which has House of Lords member Baron Ranger, as its patron, also hosts the British Herald Business and Leadership Awards in the UK. Asian Herald In 2020, his StarFold Media Network FZE acquired the media license for Asian Herald in the UAE. Originally founded in March 2001 in the US, Asian Herald is the world’s first online news portal for the Asian diaspora. Its license was awarded by the UAE’s National Media Council and it will be based in Sharjah Publishing City Free Zone. It will bring information and news to 48 different Asian countries. Its beta version will be out in January 2021. Accolades come calling Ansif’s achievements have won him several accolades. For taking e-commerce as the promise of the future into a global business, he was chosen as the Asia-Pacific Economic Cooperation (APEC) e-Business Champion of the Year 2008. In 2013, the Times of India daily made him the Brand Icon for his outstanding achievements. He also received the Engage 2019 Digital Innovation Award by Public Relations Society of India and The Telegraph daily and is a member of the London Press Club and a former patron of the British Library. The future is digital It goes without saying that Ansif, who was enchanted by the world of the internet during the dot com revolution in India, knows the pulse of the tech world. His sharp mind is always on the lookout for more domains to expand. Knowing fully well that the print media is under life support, he is convinced that the future of media is the online platform.  The world is in his palm Giving a global spin to his expansion dreams, Ansif has also acquired World Herald. It was bought from Abstract Holdings and will be based at Sharjah Publishing City from 2021. He also owns its intellectual property rights. While British Herald, Asian Herald and World Herald come under StarFold Media Network FZE, Cochin Herald functions as a different entity with no connection to the former. The mediapreneur’s eyes are on the lookout for greener pastures for more steeds to the Herald stable. Disclaimer: The views, suggestions and opinions expressed here are the sole responsibility of the experts. No Forbes India journalist was involved in the writing and production of this article.

Tweets by @forbesindia
Top 10 Women entrepreneurs in India
British Herald: A Tale of a Magnificent Makeover