British Herald: A Tale of a Magnificent Makeover

In 2018, the British Herald was relaunched by a young Indian entrepreneur as a news and information platform and there has been no looking back 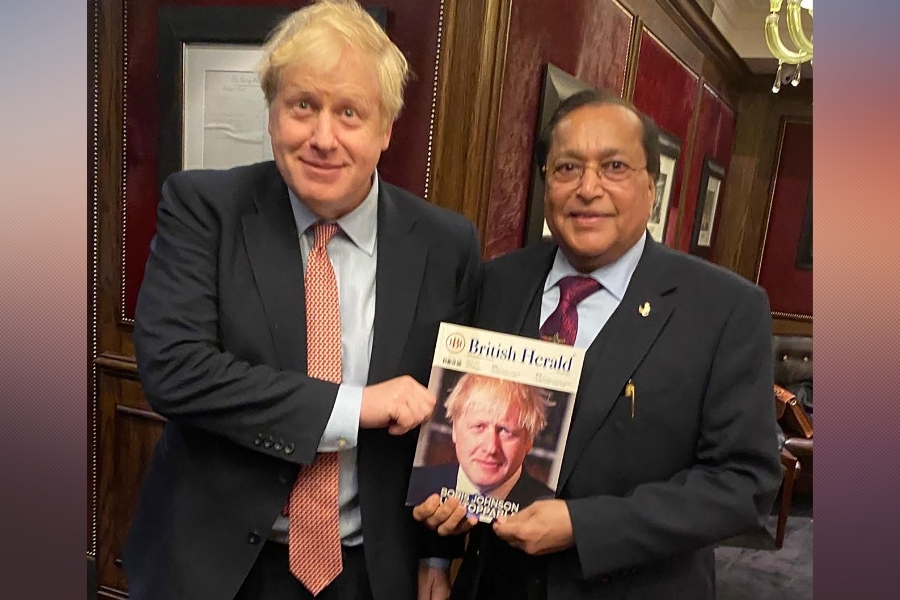 Some brands are born to stand the test of time, making an impact on people. And the tale of British Herald, a sterling online news and information delivery platform in the UK, is a case in point. It got a magnificent makeover when it was acquired by London-based Herald Media Network Limited, which interestingly, is run by an astute Indian entrepreneur Ansif Ashraf. Since its revamp and relaunch in 2018, there has been no looking back for the portal. True to its tagline, Where Britain Meets the World, British Herald is the perfect viewfinder for the discerning reader to know what is happening in the country as well as across the globe. It features original reportage, commentary and analysis spanning business, investment, technology, entrepreneurship, leadership and lifestyle and is one of the key players in the global media market. It leverages on its consolidated strengths in the digital media and communication domain, as well as its well-established branding and advertising networks under its flagship’s title. British Herald has expanded its foothold in digital business, blurring boundaries and emerging as one of the leading players in the new digital media landscape. Its office is located in Central London. Widening its ambit It is no mean achievement that within a year of launching British Herald, Ansif, who also owns its intellectual property rights, was able to bring out a bi-monthly magazine with the same moniker. It features prominent leaders and change-makers on its cover. Its debut issue (March-April 2019) featured Russian President Vladimir Putin, one of the most powerful world leaders, on the cover. It was the turn of New Zealand’s charismatic Prime Minister Jacinda Ardern to appear in the next issue. The third issue featured Indian Prime Minister Narendra Modi while the sixth had British Prime Minister Boris Johnson on the cover and that issue was launched by the Conservative Party leader himself. The e-magazine is available on Magzter, Amazon Kindle and Issuu and each issue is catalogued in the British Library. British Herald paid tributes to George Floyd, a Black man who was fatally strangulated by a White police officer in the US, and condemned racism in a unique way by printing its July-August issue in dark mode. Perhaps, it is the first e-magazine in the world to come out with an edition by a bold swapping of colours. How it all began Ansif, who hails from a family that has a background in the media industry, owns a bi-monthly business magazine, Cochin Herald, published from the south Indian port city of Kochi. He felt that the orbit of his publication was limited given its name. That was when he dreamt of coming out with a media outfit in the UK. In fact, he was inspired by the stories of Indians who made it big in Britain. And Ansif was able to turn that dream into reality. He has also secured the ISSN licence from the Legal Deposits department of the British Library. Patron A big source of support and inspiration for the young entrepreneur is Baron Ranger, an Indian-origin British millionaire and member of the House of Lords, who is also the patron of British Herald. The chairman of Sun Mark Ltd and Sea Air & Land Forwarding Ltd, Ranger is the Deputy Treasurer of the Conservative Party. In 2016, Queen Elizabeth awarded him the CBE. During Theresa May’s resignation honours, he was nominated for a life peerage. On October 11, 2019, he was created Baron Ranger of Mayfair in the City of Westminster. British Herald Business Leadership Awards To honour the contributions of achievers across diverse fields, British Herald instituted the ‘British Herald Business Leadership Awards’ and its premiere edition was held on Oct. 11, 2019, at the Rosewood Hotel in London. The glittering soiree was attended by London Mayor Sadiq Khan, Lord Ranger, influential business leaders, international dignitaries and celebrities. Khan, who was felicitated for ‘Outstanding Contribution to Society’, said: “Let me welcome British Herald to London and I’m sure you will be extremely successful in the greatest city in the world.” Her Excellency Countess Elena Felice De Bacci is the mentor of British Herald. She is the wife of Stefano Alessandro Luigi De Bacci, who belongs to Florentine aristocracy and is a descendant of the Vatican Cardinal Antonio De Bacci. Award winners included MOBO Awards founder Kanya King and celebrated fashion designer Karen Millen. Actor Ali Fazal was feted for ‘Excellence in Contribution to Global Cinema’. Disclaimer: The views, suggestions and opinions expressed here are the sole responsibility of the experts. No Forbes India journalist was involved in the writing and production of this article.