Why would Bridge public oracle play a key role in expansion of TRON network?

Oracle systems have mostly been limited to big enterprises previously as small businesses barely have the resources, time and budget to afford a dedicated oracle 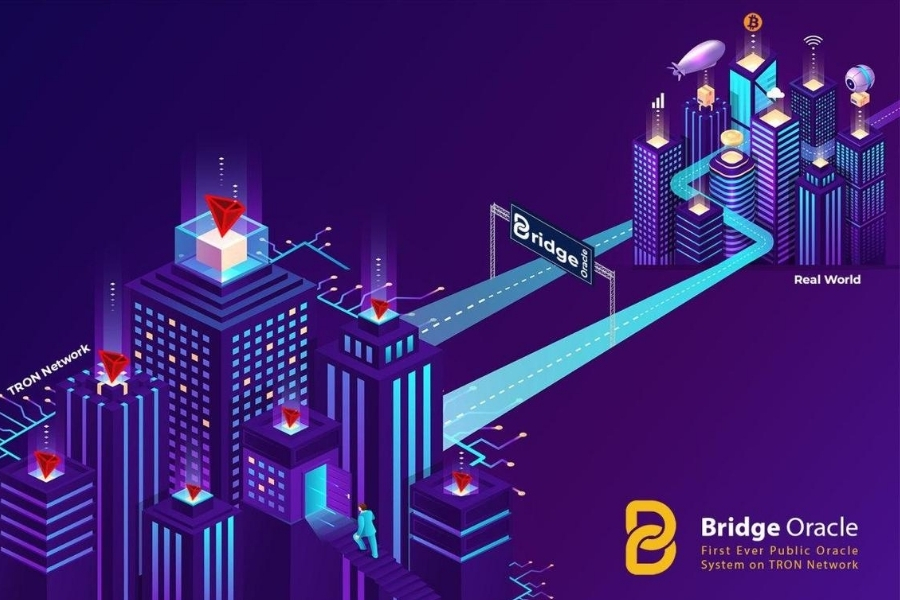 The third quarter of 2020 has heralded a new era for TRON network and for all the great reasons. The renowned blockchain network is excited to announce the launch of Bridge, the first ever public oracle system on TRON network, which is poised to play pivotal role in the expansion and growth of the TRON network. Although TRON has shown promise ever since its inception yet the leading blockchain network has suffered from one big problem in the past which has had hindered its growth over time. The issue lies in TRON’s inability to attract small businesses in large scale given the absence of a public oracle system. Small businesses form the “mass” of the business and commerce sector all across the world today, beating even large corporate organizations. Thus, for a platform like TRON, it’s extremely significant to garner their participation and support to scale up and outpace the competitors, say Ethereum. This is where the brand new Bridge public oracle system will come to the rescue of TRON.

Importance of Oracle for smart contracts and blockchain

Smart contracts sit at the crux of a blockchain platform like TRON. These applications are meant to automate activities of an organization and change businesses through the creation of Dapps (Decentralized Applications) and DAOs (Decentralized Autonomous Organizations). But in order to do that, smart contracts require access to real-world data which is not feasible given blockchain’s underlying consensus protocol. In other words, the underlying consensus protocol of blockchain prohibits it from connecting to external data sources. Such a crisis leads to a “connectivity” issue which prevents smart contracts to function with a practical approach. Without connectivity, blockchains (like that of TRON) and smart contracts are reduced to mere platforms and tools of asset tokenization of an organization and they can’t be used as programming ecosystem. This issue of connectivity can be largely solved with the integration of an Oracle system as the said technology enables people to inject real-world data into their smart contracts. Oracle system empowers a blockchain platform with the much needed flexibility to access external data which eventually help it to handle all sorts of applications and digital autonomous organizations.

As mentioned previously, TRON did not have an oracle system in the past and its smart contracts suffered from the same problem noted above. So, to put simply, the integration of a public oracle like Bridge will address the long-standing “connectivity” issue of TRON by providing the means to infuse external data into smart contracts deployed in TRON network.

Oracle systems have mostly been limited to big enterprises previously as small businesses barely have the resources, time and budget to afford a “dedicated” oracle.  In other words, small business call for a “public” oracle system which will be economical and affordable for them. Unfortunately, TRON was not launched with a public oracle system and hence public users could not participate in the platform in mass as active users. More precisely, it is impossible to create Dapp for an ordinary user without public oracle- a key reason why TRON suffered from lack of participation from small businesses. But the “public” aspect of Bridge Oracle resolves the problem by a large extent. The new public oracle enables TRON to provide a conducive infrastructure for small organizations to proactively implement their local and small businesses. It will attract more numbers of small businesses in due course of time which will eventually lead to a staggering expansion of the overall TRON network. Bridge is the FIRST dedicated public oracle system on TRON that has been developed to empower access to external data for smart contracts of ordinary users. We will wind up the discussion with highlights on the prime features of Bridge public oracle- For more information, please visit https://bridge.link/. Disclaimer: This content is distributed by Digpu News Network. No Forbes India journalist is involved in the creation of this content.

Tweets by @forbes_india
Get back to basics: Company culture in times of upheaval
Adam Sabbagh and The Pharaon Logistics proving to be reliable when needed most