Yash Fatnani's journey on being an 'Out Of The Ordinary' millennial 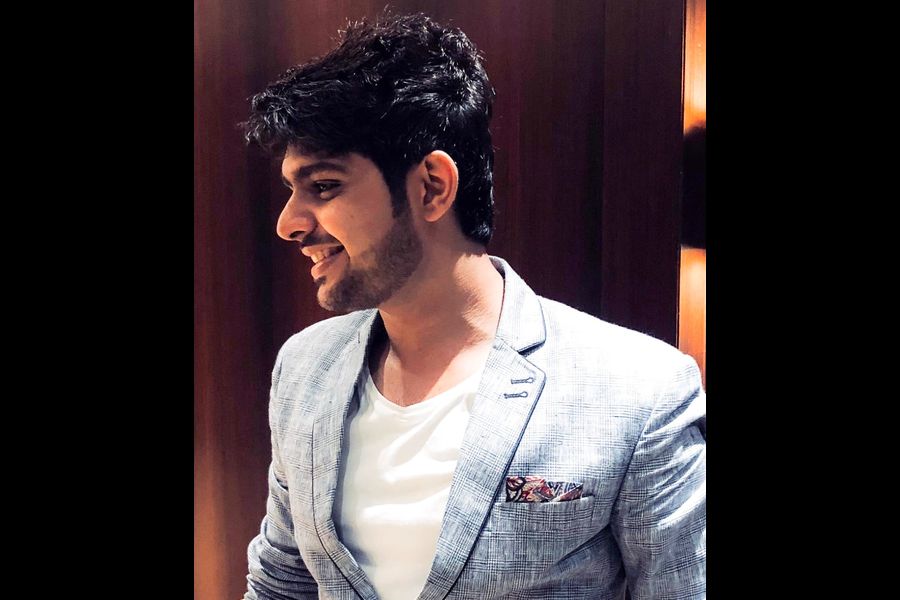 Making his millennial dreams true, Yash Fatnani who is the Founder of MEDEACUP - a digital marketing agency that strives to elevate your online presence and make it remarkable. Like any other member of the Gen-Z club, he had his share of entrepreneurial dreams. But what sets the 23 year-old apart, is his drive and ambition. His acumen and understanding of the industry enabled him to establish a venture that is distinctive in terms of what they have to offer. Yash Fatnani always admired the success stories of various startups and drew great inspiration from them. He started the venture with one prime focus which was to cater to the digital marketing needs of all small-to-mid sized brands and uplift their social media game. Having an experience across industries and locations, it is safe to say that Yash Fatnani doesn’t hesitate to take risks and is willing to venture into new ball games. With his agency, MEDEACUP, his motive is to inculcate the scope of obtaining desirable results using minimalistic marketing creatives. Maximising results while keeping it simple and relatable without compromising on the attractiveness of the graphics and content, is what he works towards achieving. “For the product to do well, it must tap the pain points of the target audience and should be easily understood by them”, he says. “We aim at generating macro ROI’s in micro marketing budgets”, he quotes; as he and his team have always worked towards achieving the maximum Return On Investment in the most minimum budget allocation. The vision behind what he preaches is simply the wish to strengthen the Digital Marketing game of small-to-mid sized brands, where the budding entrepreneurs can focus on more important and core functions and handover their online presence to MEDEACUP. But like every other story, Yash Fatnani faced his share of failures too. After trying his hands on various ideas and ventures that weren’t as successful, he finally tasted success with his agency that he started with a small amount of rupees 50,000 and an ambitious foresight. With all his past experiences, he was convinced that he needed to offer something eccentric with his current venture. His acumen has enabled him to offer distinctive features with their services. The agency renders Social Media Marketing, Photography & Videography, PR & Influencer Marketing and Website Development solutions. However, he adopts an ‘out of the ordinary’ approach towards the work that he takes up. His personal admiration for startups flowed into his agency as well, and the firm is always in a pursuit for brands who are struggling to cope up with a multitude of activities. The plan is to support these ‘in the making’ ventures with digital and social media solutions that will help them to garner their target audience at no extra effort. He commenced his business with an international client itself, and only wishes to further expand the scope. He believes in the power of ‘Digital Transformation’ and hopes to tap every prospective international client. The prosperity of the agency is somewhere linked to the digital buff that Yash Fatnani is. The whole social media and digital world are his major inclinations and he leaves no stone unturned to stay updated and upto the mark with all the ongoing trends. He prefers to know what’s in vogue so that he can draw inspiration and create a version of his own. He also possesses a huge collection of reference material that include various blogs, websites and books. One such book was ‘The Growth Hacking Book’ that he found very enlightening. He was overwhelmed with joy when he met Rohan Chaubey, the author of the book and was offered to share his part of contribution in the second edition of the book called ‘The Growth Hacking Book 2’, first edition of the book being an Amazon Bestseller. His propaganda through his chapter is to make things simpler, easier and more achievable in the real world. His venture MEDEACUP, has come a long way in a short duration. A creative bug and a great leader is how his employees describe him. While others were contracting during the whole pandemic situation, he expanded his team. His mission is to impart valuable insights through his internships and give the students a hands-on experience that enriches their growth and adds to their resume. He proactively coordinates with all his team members and makes a conscious attempt to inculcate values along with work. He believes in skill development more than just giving inputs as assigned. “It’s a matter of time, it will change for the good; until then don’t let the hustle stop!”, he quotes. Disclaimer: The views, suggestions and opinions expressed here are the sole responsibility of the experts. No Forbes India journalist was involved in the writing and production of this article.