Z-POWER BATTERIES is a trusted name in the battery industry for supply of Automotive Batteries, E-Vehicle Batteries, Reserve Power Batteries 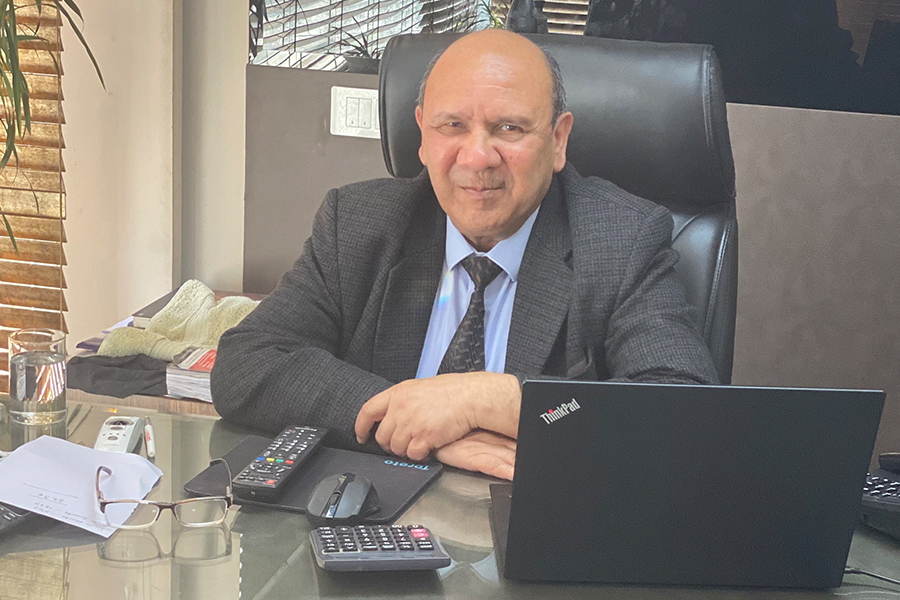 Z-Power Battery is a family owned business in its true sense. Mr. Rakesh Kumar Gupta, The Managing Director of Z-POWER Batteries has transformed his family's two generation old company into a value-based modern organization. The business that startedby Mr. Rakesh Gupta's in 1977 , of battery trading and component assembling; has now become a name to reckon within the industry. Now in its second generation, business is already crossing by new milestones yet all set to achieve new heights under Mr Sachin Gupta (son of Mr. Rakesh Gupta) Z-POWER hailing from Chandigarh, Punjab is the leading supplier of Lead Acid Batteries used on Automobile, Reserve and Motive Applications.  “I would say the market has become highly competitive in comparison to the 80s & 90s era of the battery industry when there were few competitors. Especially post 2000, India's economy accelerated on a faster pace considerably increasing the number of competitors. However, irrespective of the increasing challenges; Z-POWER Batteries stood tall & firm, defeated many tough challenges & emerged as an established brand in the industry. Our principled way of doing business with unique strategies helped us a lot to grow during this period": says Rakesh. Customer focused efficient and effective service has ensured Z-POWER Batteries to overcome various operational issues. Their zeal to provide best quality products with effective customer support mechanisms has helped them stay ahead of their competition. An expert in manufacturing Maintenance Free Automotive Batteries with industry best technology and materials, Z-POWER BATTERIES also sells motorcycle batteries and VRLA batteries. Apart from serving the commercial industry, Z-POWER has also made its foray in defense and telecom industries. Providing application specific, low-priced power management solutions. Z-POWER BATTERIES has developed an in-house methodology for understanding and responding to customer's requirements. The key to their customer's trust is due to their consistent product quality, competitive price, range of products and exceptional after-sales services.  “Our customer exclusive service, reliability in our product performances and overall transparent business transactions has helped the company to extend business network in other states and countries” explains Rakesh. Since its inception in 1977, Z-POWER BATTERIES believed in continual growth instead of continuous growth. Their steady growth path enabled them to expand their presence across India in the 2000s. In 2004, the time Mr Sachin's joining the management operations began to display modern changes setting the company's future path, which resulted as the beginning of company first exportin 2005 and also the company began to exhibit their products on an international platforms through an various international exhibitions. The company now exports to more than 32 countries. Apart from regular customer's in different countries, the company has also served unorthodox customers such as American Army base in Qatar, United Nations in Kenya and South Africa, Nissan–Japan Corporation (GCC), Qatar Telecom in Qatar, Government of Iraq, Saudi Army in Kingdom of Saudi Arabia, Government of Afghanistan and Light Aircraft Manufacturing Co. in Australia through their channel partners. Z-POWER has maintained their membership in reputed councils & institutions backed by the Government of India such as The Chamber of Commerce, India; Engineering Export Promotional Council of India, Federation of Indian Export Organization etc to name a few. Now they are focusing on the future of battery technology with the addition of lithium-ion tech already under experimentation. "We are on the verge of launching lithium-ion batteries for the solar and deep cycle applications going wider & deeper into providing best power solutions under one roof.” concludes Rakesh The pages slugged ‘Brand Connect’ are equivalent to advertisements and are not written and produced by Forbes India journalists.