Bridging the Gap in Microfinance 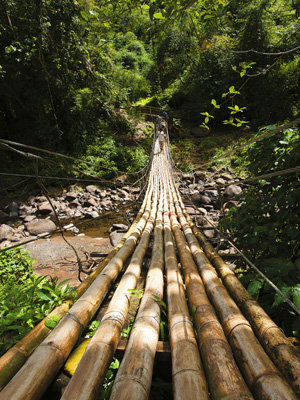 Early in 2011, Baskar Babu, CEO of Suryoday Micro Finance, felt the heat of being in a sector that financiers didn’t fancy. The sector’s growth depended on supply of credit from banks, and that had dried out.

A year earlier, the Andhra Pradesh government had passed a law that, in effect, brought down the recovery rates in the state to a single digit from 95 percent earlier. Bankers feared a contagion, and stopped lending to MFIs (microfinance institutions) across the country. Small and medium MFIs, such as Suryoday, bore the brunt. Some folded down. For Baskar Babu, however, help came in the form of a proposal by IFMR Capital.

The proposal was simple. Suryoday was to join hands with a few other microfinance companies, pool their receivables, convert them to securities, get them rated by Crisil, and sell these credit derivative products to investors.  And with the money coming in to grow their portfolio, it opened a new door.

The investors were happy to buy these credit derivatives because they were from different MFIs operating in different geographies and, hence, less risky. A former banker, Babu was quick to see the potential. Since then, he has gone back to it eight times. Now, nearly a third of his portfolio is funded through this instrument.

IFMR Capital itself has done 13 such transactions in the last two years. These multi originator securitisation, or Mosec, transactions have resulted in more than Rs 400 crore of financing to 13 MFIs, spread across 24 states and 211 districts of India. IFMR Capital has facilitated financing to more than 1.2 million borrowers through Mosec. Investors got their returns and have faced zero delinquencies.

The idea of credit derivatives is not new to microfinance—ICICI Bank did a few deals in early 2000s. What’s new is the idea of bringing small MFIs together, bundling their loans and opening the doors for new investors such as mutual funds, bank treasuries, and rich individual investors. In a way, Mosec does to MFIs what MFIs were doing to its customers all along—fund the group, not individuals.

Sucharita Mukherjee, CEO of IFMR Capital, says the idea came during meetings with clients and investors.

“We had an asset class that looks so much like each other, so it should be possible to combine them. The pool will have scale, it will be diverse. And then, there were mutual funds looking for short-dated, highly rated securities,” she adds. IFMR Capital just had to develop a product that appealed to both.

Before joining IFMR Capital, Mukherjee was with Morgan Stanley in London developing asset-backed financing structures based on intellectual property and health-care receivables. In 2009, she helped Equitas raise funds in India’s first rated securtisation deal. The deal involved dividing the loan pool of Equitas into two tranches: The senior notes—about 80 percent of the pool with AAA rating from Crisil was subscribed to by Yes Bank—and the subordinated notes with BBB rating was subscribed to by IFMR Capital. Equitas also provided a cash collateral.

Mosec would have the same structure, except that instead of a single MFI, it would have multiple MFIs. IFMR vetted the idea with Crisil, and other investors. They were enthusiastic, but said the real test was in execution. Dealing with multiple loan portfolios could be a logistical nightmare. By January 2011, they had signed the first deal. HP Singh, CMD of Satin Creditcare Network, who was a part of that transaction said with that deal his canvas got bigger. He has participated in every one of the 12 transactions that followed.

After the global economic crisis, credit derivates don’t have a good reputation. Through 2000s, mortgage loans morphed into rated securities and found their way to banks and insurance firms. And when the loans turned bad, it led to closure of banks, loss of jobs and shrinking of economies.

“We have learned from the subprime crisis,” says Mukherjee. “If you look at it, the fundamental problem with US securitisation was poor underwriting and badly aligned incentives. Risks were passed on to end investors. Lenders and intermediaries had little incentive to ensure loans were good.” The way Mosec is structured takes care of the problem. The first-loss risk is borne by the MFIs, by the way of cash collateral, which could range from 10-15 percent of the portfolio. (Since the bad loans are about 2 percent in the sector, it more than covers the potential loss.) The second loss is borne by IFMR Capital, in the form of subordinate notes. This ensures that it does a robust pre-purchase due diligence.

There are limitations. Suryoday’s Babu says it cannot replace long-term funding. The tenure is short, and a MFI has to keep going back to the market. Besides, factors such as providing upfront cash collateral increases the cost. But still there is a strong case for him to go back to Mosec for funds to keep the business going and for a decent spread.

Mukherjee says the next step is to replicate this model in other products. It plans to launch a product based on small business loans during this financial year, and one based on affordable housing eventually.

Tweets by @forbesindia
Book Review : Between Clay and Dust
PVR vs Cinepolis: The Show (Down) Is On