Book Review : Between Clay and Dust 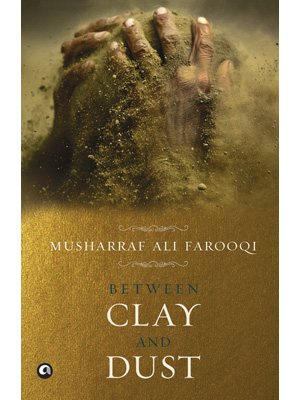 It is a truth rarely acknowledged that subcontinental society has a peculiar predilection for marginalisation. It celebrates the mainstream and pushes out of sight all those who don’t fit in. The triggers can be multifarious and arbitrary: Gender, profession, age, wealth (or, more correctly, the lack of it) can all contribute to a gradual irrelevance as times and trends change. The silences of the sidelined contain rich pickings for a novelist attuned to the nuances. With The Story of a Widow (2009), Musharraf Ali Farooqi showcased his remarkable sensitivity to the unspoken; the same keen empathy permeates every page of his slim new novel Between Clay and Dust.

If the 2009 novel centred around a modern 50-year-old upper middle-class Karachi woman who rediscovers her sense of selfhood after her husband’s death, in Clay and Dust, Farooqi focusses on a whole inner city civilisation threatened by Partition and its consequent upheavals. That endangered social order is embodied in two fading professionals, champion pahalwan Ustad Ramzi and redoubtable courtesan, Gohar Jan. In the twilight of their lives, suddenly rendered insignificant by changing fashions, the two forge an unworded alliance of pride, dignity and compassion as they separately battle common concerns about their legacy, their homes, their relationships with their nearest and, yes, with hardlining religion and endemic corruption.

Farooqi’s spare prose, his deliberate understatedness makes his work as much about what it doesn’t say as what it does. Like Widow, it could be considered almost banal in its narrative and stylistic simplicity, but that would be a gross miscall: The book works like an ache in the heart, evoking cultures and values that, while not necessarily perfect, represented something larger than the self; their replacements, by contrast, are small and mean.

Triumphantly for a Pakistan-born author, Clay and Dust is not defined by Lahore’s Heera Mandi or the city’s wrestling pits; the events that unfold here could well find a home in Delhi, a typically low-key Farooqi reference to the huge cultural heritage shared, and frequently ignored, by the two countries. Though Clay and Dust wears its research lightly, the investigation of the two streams of art in their sunset days is never found wanting: The pages come alive with the grunts of the trainee pehelwans and capture the last echoes of Gohar Jan’s sitar. A story that purports to be about decay resounds with the stuff of life. This is a book to be savoured like a fine single malt.

A last word about the cover art: In an area of Indian publishing that has seen consistent improvement, this book, one of Aleph’s first productions, just raised the bar higher with its matte dun colours and evocative visual.