Discovering the Internet Through Social Networks 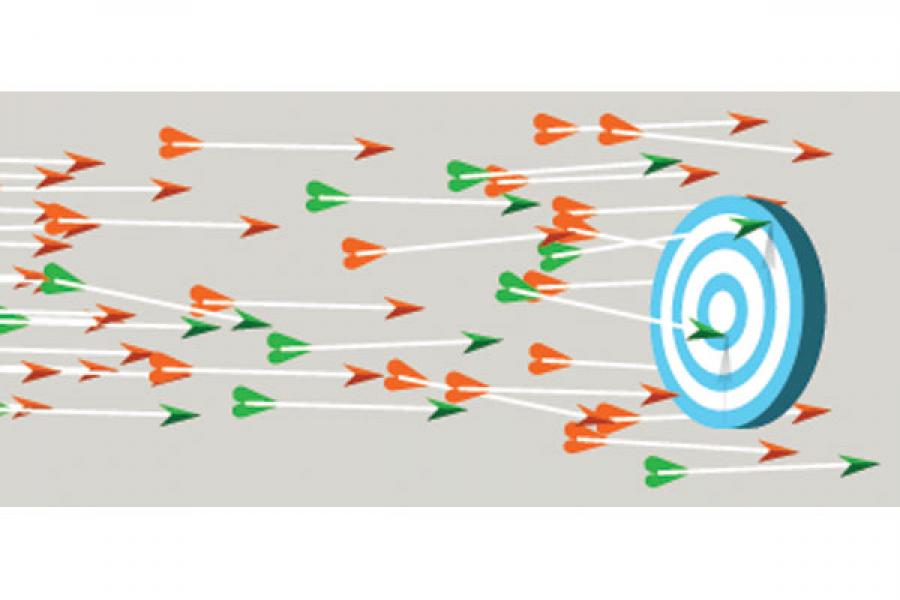 The joy of discovery is certainly the liveliest that the mind of man can ever feel” - Claude Bernard (1813-78).

The thoughts that ran through Isaac Newton’s head as he watched the apple fall, Archimedes’ proverbial “Eureka!” after stepping into the bathtub and the very real smile on your baby’s face when she manages to depress a light switch, all of them share a common emotion: The joy of discovery.

Discovering something unexpected is a powerful and universal human emotion because it makes us feel smarter and more knowledgeable when we were least expecting to. There’s much less joy in finding the same information after deliberately searching explicitly for it.

On the Internet, however, search has long been the predominant way of finding information. Because of the sheer number of Web sites, search engines have traditionally been the lens through which users narrowed down answers from the billions to the tens or hundreds. You asked, “Is this new movie worth watching?,” “What is the best driving route from Bangalore to Chennai?” or “Do colas really contain pesticides?” and the search engines returned pages which possibly had some of the answers.

The average Internet user today is part of multiple social networks that connect him or her to hundreds of others — friends, family, colleagues, experts, journalists — through whom he or she is learning how to discover stuff all over again.

You probably have been discovering stuff — the YouTube video with the dancing baby, that opinion column about the IPL, the review of the new music album from one of your favourite bands, that article about fashion trends for the coming year — without even realising it.

And as millions of users around the world start doing so, Web site owners — hitherto dependant on search engines to bring people to their Web sites — are now finding a new category of visitors: The discoverers.

The most important concept that social networks like Facebook, Twitter and LinkedIn are designed around is the ‘live feed’, a constant, real-time update of status messages, Web site links and other activities by users’ connections. Users rely on this stream to find interesting Web sites to visit, products to buy or movies to watch.

According to online behaviour analysis company Compete, traffic from social networks is growing rapidly and in some cases even starting to outstrip that from Google. This is already true for some leading global Web sites, including news sites like USA Today and CNN, music stores like iTunes and clothing merchants like GAP.

And quantity is not the only thing search engines are getting battered on. Because users tend to trust the people they’re connected to on social networks, they also trust their choices. This leads to a better quality of Web site visits: Users who stay longer browse more pages or share what they find interesting with their friends.

In more and more cases, they also end up spending more money.

For instance, when The Beatles’ music catalogue was finally made available on Apple’s iTunes platform on November 16, 2010, it sold over 450,000 albums and 2 million individual tracks in the very first week, according to Billboard magazine.

A lot of those sales were driven by social traffic. Experian Hitwise, an online tracking company, says 25.6 percent of the visitors to Apple’s Web site the day The Beatles became available on iTunes came via social networks, compared to just 13.2 percent from search engines.

Herding the Discoverers
As “Share” and “Like” buttons pop up on more and more Web pages, the biggest beneficiaries are Web site publishers. Because unlike search (where they had no visibility of users till they searched for a specific phrase they were either ranked highly on or had bought ads for), they can do much to generate social traffic.

By building social sharing tools into their own Web sites or by developing communities around ‘fan pages’ for their brands on social networks like Facebook, companies can directly influence both the quantity and quality of visitors to their Web sites.

Facebook says that The Washington Post was able to increase its traffic from the site 280 percent over one year by integrating it closely with its own news content and reader base.

Advertisers too are taking notice because social traffic is more likely to consist of visitors who are a closer fit for the demographics that a Web site targets, unlike search traffic which could be anyone searching for a topic.

What About India?
In India though, search continues to be the biggest source of traffic for Web sites. Hrush Bhatt, co-founder of travel Web site Cleartrip, says social network traffic is “0.1 thousandths” of what comes via search engines for his Web site. In comparison, roughly 15 of every 100 visitors on the Cleartrip site come from Google alone. 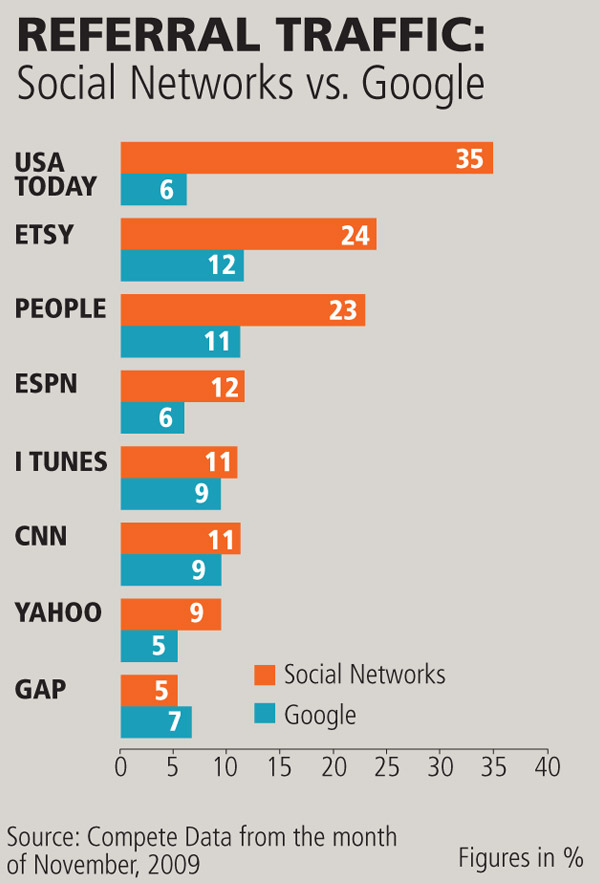 Amit Bhartiya, the head of Vizisense, an online measurement company focussed on the Asia Pacific region, agrees that social media traffic in India might be very low today, even though Facebook reaches close to 50 percent of Indian Internet users. But it will change as the Web user base grows.

“Indians are still only discovering sites like Facebook. They are still trying to find people and build networks. But once they get past that, once Facebook becomes a daily destination, you’ll see them sharing photos and passing links,” he says.

Comscore, another online measurement firm, says Indians are already searching less. The average number of searches performed by an online Indian has gone down from 87.2 in November 2009 to just 71.6 in November 2010. Since there is no evidence of Indians spending less time online during the same period, it’s clear that search is losing out.

But Bhartiya says he’s already seeing a whole bunch of SEO (Search Engine Optimisation) people rebrand themselves as SMO (Social Media Optimisation) experts. This could well be a sign of things to come.