People and Their Power 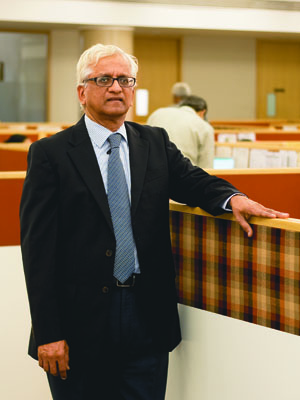 On February 22, 2010, Mumbai became the country’s first city to allow all its consumers to shift their allegiance from one power supplier to another.  In a landmark decision by the Maharashtra Electricity Regulatory Commission (MERC) even the customers of BEST Ltd. (the power distribution company owned and managed by the Municipal Corporation of Greater Mumbai) can now switch over to any power distributor if they do not wish to be serviced by BEST.

This followed an earlier order by MERC, in October 2009, detailing the manner in which consumers of Reliance Energy Ltd. (REL) could switch over to Tata Power Company (TPC).  Both MERC orders came on the heels of a Supreme Court decision on July 8, 2009, allowing consumers to choose their power supplier. It was also a direct outcome of agitations by consumers protesting against the frequent tariff hikes by REL, making it one of the most costly providers of power to the middle-income residential and commercial sectors in the country.
All any consumer has to do now is to write a formal application to the desired power distribution company, informing it of his desire to switch over from an existing power distributor to the new one, and attach relevant documents. The existing distributor and the desired distributor will effect a change in the electricity meter, and settle all existing dues to the existing distributor. MERC has decreed that all such formalities should be completed within 30 days from the date when the application is finally accepted by the desired power distribution company. 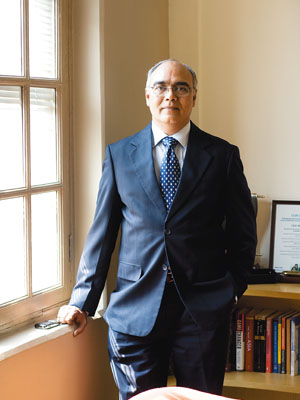 Image: Alok Brahmbhatt
S.Padmanabhan, Executive Director(Operations), Tata Power Company
By December 2009, almost 50,000 requests had poured into TPC’s office. However, it was found after adjusting for TPC’s costs, that the customer was left with an additional burden of 37 paise. Even so, TPC’s tariff turns out to be lower than REL’s. Non-subsidised residential consumers (consuming more than 200 kWh a month) end up paying around 30 percent less, while commercial consumers could save costs by as much as 50 percent.
TPC expects the load to grow from the existing 480 MW per annum to over 800 MW by 2011-12. “What helped us was our customer experience in Delhi,” says S.Padmanabhan, executive director, operations, TPC. That was where TPC, through its distribution company New Delhi Power Ltd. (NDPL) learnt how to deal with customers who complained of being billed excessively, and also succeeding in reducing theft and transmission and distribution (T&D) losses. When it began operations in Delhi NDPL faced average T&D losses of 52 percent. These losses have been brought down to 14 percent.
It renovated infrastructure in Delhi, brought in new technology, and even went to the grassroots level of educating people how to get used to the new meters and created incentives for houses that did not damage them. “Of course, support from the Delhi government was critical,” says Banmali Agrawala, executive director, strategy and business development, TPC.
What about Mumbai? “Currently, our losses are just around 2 percent,” says S. Ramakrishnan, executive director, TPC.  But, Agrawala clarifies that this is also because the profile of customers it has serviced till now does not include many slums and chawls as these were being serviced largely by REL and BEST.
REL’s role has been diminished from that of a power distribution company to one where it becomes (in the words of a senior REL officer) a “wires company”. “Our profits will not suffer as we are guaranteed a return of 17 percent on our capex,” explains Lalit Jalan, CEO and director, REL, “but our topline will definitely decline.”
Many consumer activists want to push this ‘open access’ concept to other cities as well. As Shantanu Dixit, Prayas Energy Group (PEG), one of the leading NGOs to educate consumers on the energy sector, puts it, “The way switchover arrangements have been made, it is possible for even individual consumers to switch over. This is because irrespective of electricity supplier [either TPC or REL], the consumer will be served using the REL [or BEST] network wires and for this [TPC] will pay a part of tariff collected from consumers [to the wire owner] as wheeling charges.” 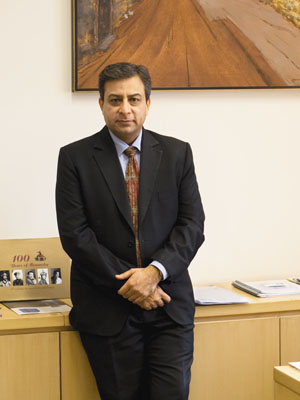 Image: Alok Brahmabhat for Forbes IndiaBanmali Agrawala, Executive Director(Strategy and business development, TPC
But, there are several issues that need to be addressed. “The current situation is like half prince and half slave,” Dixit says. Though the consumer has a choice, the tariff of suppliers is still regulated — i.e. decided by the regulator. Also both suppliers are assured of recovery of all their costs and profits. “There is danger of one set of consumers subsidising other set of consumers. The road is still too far, especially for small consumers,” adds Dixit.
REL’s managers are lobbying for a subsidy pool charge. But the manner in which this may be worked out will be tricky and could lead to further litigation. Most poor consumers (using less than 200 kWh a month) will have no incentive to switch from their existing supplier — TPC, BEST or REL — as their subsidised tariffs are likely to remain unchanged. Moreover, they will have to pay the transfer fee. So the people who will want to switch, will be those who pay higher tariffs. Since TPC’s tariffs are lower, many of the large consumers of electricity have opted for it. This will compel both REL and BEST to work harder at reducing their respective tariffs either through more efficient power procurement, or by reducing T&D losses (often a euphemism for plain collusive theft).
Not surprisingly, TPC is now trying to get distribution rights in other cities. Coupled with its plans in generation and transmission, TPC expects a five fold growth over the next five years. If its plans get implemented the way they have been envisaged, TPC will remain the largest power player in India’s private sector.