While the budget has outlined a key shift in the government's stand on ease of doing business, it has renewed focus on creating national platforms like digital and physical connectivity 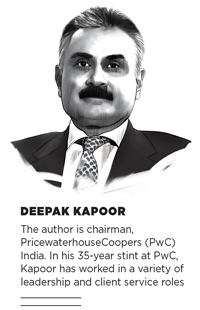 With a government yoked to one of the largest developmental mandates in recent history, expectations were high from this Union Budget. I believe the finance minister has crafted a financial policy that will deliver the development and pro-growth mandate handed to it. This first ‘real’ budget of the BJP government has given a solid road map of economic and social growth for the next year, while painting a longer term growth picture for the country. Our own report on the Future of India—The Winning Leap—recently outlined what needs to be done for the economy to grow at 9 percent-plus over the next two decades. As I see it, this budget can be viewed as helping the striding Indian lion take a ‘Winning Leap’ forward. The basis of this leap has to be the encouragement of private sector, ease of doing business, job creation for our youth, reducing loopholes and simplifying tax and regulatory structure coupled with tightening legal consequences in case of non-compliance. All this, while ensuring that key segments, particularly rural India, are part of the nation’s growth story.

At a principle level, this Budget sets out to build the balance sheet of the country. Fiscal responsibility has been a key common message both from the railway and Union Budget. By keeping the fiscal deficit at 3.9 percent, the finance minister moved closer to the longer term target of 3 percent but in a manner that recognises that to pump-prime the economy, the government has to invest in the short term. Recognising that rural livelihoods need a fillip, the allocation towards MNREGA has increased. The investments in education, health care, infrastructure and defence are robust and the relatively small but important financial signal to minorities was also essential. 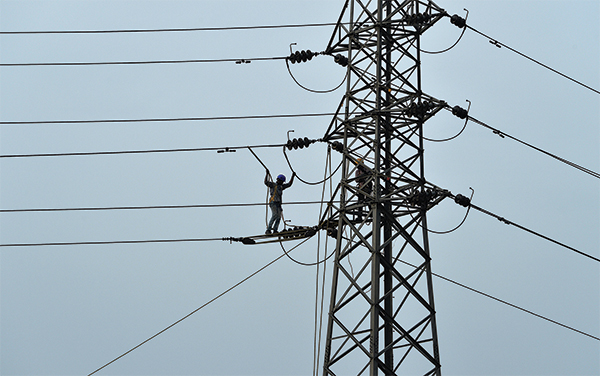 Image: Getty Images
Pre-clearance of projects will attract investments as well as bolster the confidence of the private sector

On an immediate term, the Budget seeks to make sure that stalled projects, particularly where there is a dispute in the procurement process, are unlocked. To push this, the government is looking to accelerate the movement towards the Goods and Services Tax (GST), for which a constitutional amendment has been moved. In a further effort to streamline operations of the distribution system, it had already announced the creation of a smart delivery platform, JAM, which will ensure delivery of direct cash to the end recipient.

A second area to kick-start growth is unlocking investment and the pre-clearance of projects. The ability to pre-clear power projects worth 20,000 MW or roads and ports of similar quantum will bolster the confidence of the private sector. It may give the by-now-weakened PPP platform a new lease of life. Here the potential is enormous, the need is immediate, and the key question is will the government enable a difference ‘on the ground’.

A third critical element was the widespread promotion of enterprise and innovation coupled with gradual reduction in the tax rates for corporates, indicating a balanced approach to build the long-term muscles of the country for sustainable growth. While the Budget has outlined a key shift in the government’s stand on ease of doing business, it is also clear that there has to be renewed focus on creating national platforms like digital and physical connectivity.

While the gradual easing of corporate tax could have been done more sharply, it is providing a confidence booster for promoters and investors. The promotion of innovation and the concept of SETU (Startup Incubation, Seed Capital and Self-employment) where enterprise is widespread is where this Budget scores the highest. It also highlights that unless the government matches its promotion of scale business with that of smaller businesses, job creation would lag wealth creation. In addition, it is moving steadfastly in the direction of ease of doing business through the creation of a single point of clearance for enterprise registration and regulation.

The signal to global investors to become an integral part of the ‘Make in India’ campaign continues. The reduction of withholding tax on royalty and fee for technical services to 10 percent will be a significant boost in terms of accessing international technology. A key finding from our research is that growth to the 9 percent-plus rate can only take place if we are able to get requisite global investment and receive and absorb technology.

India needs to create jobs for the 10-12 million new entrants to the workforce each year. This demographic dividend can become a liability unless we boost growth. Our analysis shows that a growth rate of less than 9 percent per annum over the coming decade will fail to provide the 120 million new jobs that our economy demands. From this perspective, the emphasis on education and health care, promotion of agriculture and the acceptance that 70 percent of Indians still rely on a rural or a semi-rural economy has been recognised by the finance minister in this Budget.

So what is missing? Clearly the effort to play safe on the tax rates, except for the very rich, leaves very little extra spending power in the hands of the consumer. The fact that MAT and DDT rates continue at almost 20 percent must be seen as disappointing. There is still lack of clarity in the language on MAT, which is not applicable to FII entities like private equity and foreign firms engaged in infrastructure projects in India.

India is poised to transform itself—and improve the lives of its 1.25 billion citizens—with unprecedented speed. All told, a ‘Winning Leap’ effort to become a $10 trillion economy over two decades constitutes the largest such effort attempted by any democracy, ever. India brings to the table a rare set of strengths: A stable government that supports private effort, a demographic dividend, capable private sector, huge consumer base, and restless entrepreneurs. Armed with these advantages, India must seize this unique moment in its history. This budget has signalled that the government is prepared to play its role in the ‘Winning Leap’, easing rules of the game, constructing the infrastructure needed to create the bright future expected and awaited by a young nation. This Budget is a practical first step in a long journey that now needs to be backed by impeccable execution.

Tweets by @forbesindia
Quotes on newspapers
Tata hopes for a power push in India: Anil Sardana