Tata hopes for a power push in India: Anil Sardana

Now in its centenary year, the company says there is ample scope if the government opens up the sector in a transparent manner 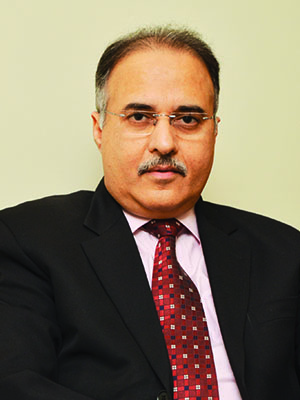 Tata Power joins a small club of Indian corporations that have been in business continuously for 100 years. The company began with a 12 MW hydro unit in Khopoli (near Mumbai) in 1915, which was built by transporting equipment on horse-drawn carriages from Mumbai. Over the years, it has grown into India’s largest integrated power company and is trying to build a global footprint. Tata Power and its subsidiaries now have an installed capacity of close to 8,600 MW.

The journey, though, has not been smooth, especially in recent years. Its biggest bet, the 4,000 MW Ultra Mega Power Project (UMPP) at Mundra, Gujarat, which is based on imported coal, is reeling under losses after the Indonesian government changed its rules on coal pricing in 2011. Losses at Mundra are threatening the viability of the company. Tata Power’s MD-CEO Anil Sardana, however, is hopeful of better times ahead. He spoke to Forbes India about the challenges facing the company and his vision for Tata Power. Excerpts:

Q. Four years ago, Tata Power took a call to hold investments in India and look for opportunities overseas. Are you happy with the results?
Let me answer your question with a specific example. In December 2011, we bid for a hydel project in Georgia and one in Himachal Pradesh. In February 2012, we were lucky to be awarded both, to put up power plants of roughly 400 MW each. Today, in 2015, we have completed about one-fourth of the Georgia tunnelling and construction work whereas not even a brick has been put up in the Himachal project. It is likely that in 2017, when the Georgia project is complete, the Himachal project will be in the same shape.

Yes, four years ago, we started looking globally. In retrospect, we are very happy about that decision. It is sad that 65 years after independence, we are still unable to guarantee quality power to our consumer. This is obviously hurting the entire process of development. Although there are many problems, we have shown that they can be tackled. We were able to turn around a state-owned enterprise [North Delhi Power], which could not be competitive for many decades. Today, the same set of employees has achieved global performance standards.

The power business obviously needs a lot of capital and there is so much to do. Commercially, Tata Power is in tremendous pain. Despite the huge opportunities in business, there is little action on reforms on the ground. After the presidential decree in Indonesia, which made our UMPP non-profitable, we have been pleading for government support to contest it. But we didn’t have any luck. We are going through the corridors of power trying to explain that we can’t continue like this. We continue to supply power from the Mundra project because of our commitments, but that too is in great financial stress. If nothing is done, the project will collapse. 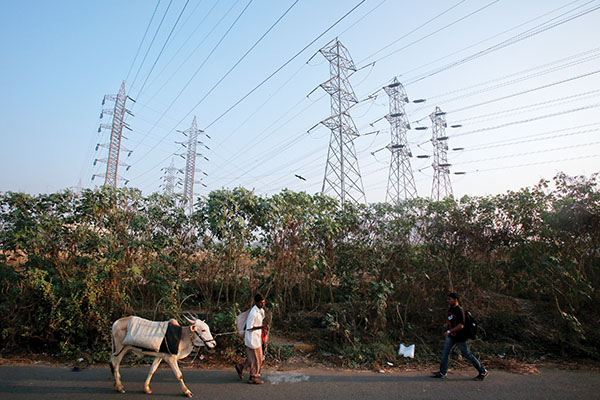 Image: Vivek Prakash / Reuters
Tata Power and its subsidiaries now have an installed capacity of close to 8,600 MW
Q. Has this changed with the new government? Will you look at buying ‘distressed’ power assets?
There is a lot to do if India can open up the power business in a transparent way. Just having a good central government is not enough; we need to see action from the states. We need to align them. States have to let go of (power) distribution to players who can possibly do better. That outlook hasn’t changed as yet. We continue to believe that the time hasn’t come to divert our attention completely to India. It will be some more time before our investment picks up.

Q. How have you fared overseas?
We have created four verticals—India & Saarc, Southeast Asia, Middle East and Turkey and Africa. All the four teams pitch for capital [investment in projects]. Our allocation strategy is to invest in the projects where we have all the clearances and are able to mitigate risk.

Since 2012, we have started implementing the following projects and will see the results in the coming years: We have a 235 MW wind farm in Cape Town, South Africa (under construction), 125 MW hydro project in Zambia (to be completed in 2016), 400 MW hydro in Georgia (phase one expected to be completed in 2017), two distribution circles in Nigeria and imported-coal based thermal plants allocated in Myanmar and in Vietnam.

Q. Are you considering bidding in the coal auctions? How has the fall in coal prices impacted you? Will you divest in these projects?
Our mines were de-allocated too. But we will look at bidding only after the first two rounds, after the process stabilises. We are mostly into imported coal [Trombay and Mundra]; only our Maithon [Jharkhand] project is based on domestic coal. On the price-volatility front, we are careful; we are clear that about half of our fuel demand should be securitised. We are getting out of one of the four mines we hold in Indonesia. We are waiting for the lender’s permission before there is a closure on this. We will look at the other three after this is done.

Q. How are you planning to celebrate Tata Power’s century?
Our founders were truly visionary. A hundred years ago, they thought of lighting up the region using hydro power.

They started with 12 MW and this has grown to a complex of 450 MW today. In the centenary year, we plan to start another hydel complex of 450 MW, continuing our commitment to clean power. We are also launching a unique initiative—the Tata Power Skill Development Institute through which we plan to train 2,00,000 skilled workers over the next decade. We will train and certify fitters/electricians/welders in a modular manner. One of their courses will also be on ethics. They can upgrade their skills, and will be paid a stipend while they undergo refresher courses. We hope this will help bridge the skill gap. Over the years, we will ensure that our suppliers and contractors hire from this pool of technicians.