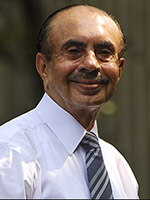 Adi Godrej, Chairman, The Godrej Group
“In my view, the key achievement of the Government is improving the ease of doing business, which of course needs continuing attention. The budget proposals should concentrate on areas where reduction in the rate of taxes could lead to improved economic performance and thereby even improved tax collections.” 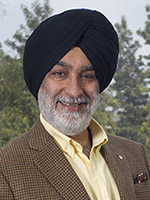 Analjit Singh, Chairman, Max India Group
“There is a distinct change at the tone at the top.  While, the reform process may not have been as speedy as some people would have liked it to, but there is a perceptible improvement in government functioning and a genuine effort to take India forward. Reforms in insurance, infrastructure, railways, rationalisation of fuel subsidies, greater devolution of resources to states under finance commission, were worthy initiatives taken by government in previous 18 months. The parliamentary mathematics has ensured that taxation reforms (most notably GST) and labour reforms have been delayed. One hopes that GST sees the light of the day in the budget session. A well-established GST system is capable of boosting national GDP by a good 2%.”

Dr. Yasmine Hilton, Chairman, Shell Companies in India
“The overall administrative and policy measures have infused confidence in business and the global investor community, leading to more expectations of further reform. There has been a sincere effort on part of the Government to facilitate ease and cost of doing business (e.g. non - adversarial attitude towards taxation).”

(Specific policy and fiscal measures to reform and incentivise the Oil & Gas sector) -  “Rationalisation of tax and tariffs will go a long way to attract more investment, growth and ease of doing business,” she added. 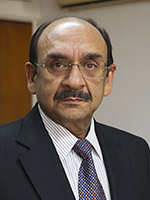 Ajay S Shriram, Chairman &Sr Managing Director, DCM Shriram Ltd.
“The choice and direction of government policies have established a firm foundation for the growth of the Indian Economy, both for the short and medium term. The budget now needs to focus on two things. Firstly, quicker execution, and secondly, concrete steps for reviving the rural economy in close collaboration with the State Governments.” 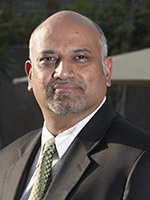 Kishore Jayaraman, President – India and South Asia, Rolls-Royce India Private Limited
“On budget, the expectations are immense, given this government’s key focus on development and assurances to the foreign investor community. While the launch of ‘Make in India’ initiative has generated a lot of optimism, the government needs to make a number of provisions to incentivise Indian industry, particularly the manufacturing sector. On the business front, the government’s attempt to improve the ease of doing business has yielded good result with India now at 130 in the ranking for 2015. However, to achieve things on the ground, the government needs to encourage private sector participation, enable huge investment in technology and skill development and at the same time reform the tax and duties structure to create a more positive perception of India's tax environment, which will help drum up private investment and bolster growth.”

Tweets by @forbesindia
Budget 2016: Making the three Ms work for India - Arun Maira
Valuation is just a number; we are excited about what we are building: Rohit Bansal