By rationalising its expenses and divesting assets, the government can mop up enough resources to boost capital expenditure 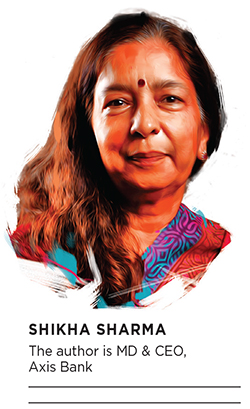 India’s prospects remain bright even amid the global economic slowdown. Despite the market and currency volatilities, India’s macroeconomic fundamentals have improved due to a combination of lower commodity prices and policy initiatives by the Union government. Budget 2016 is an opportunity to expand reform measures, catalyse investment and chart a road map to boost and sustain India’s upward growth trajectory.

While lower commodity prices have opened up the policy space, India is increasingly facing headwinds from volatile global financial markets, slowing global growth, investor risk-off sentiment and the increasingly diminishing currency competitiveness of its exports. Balance sheets of domestic companies, particularly those with large exposures to infrastructure and metals, remain stretched with high leverage and stretched cash flows. Risk appetite has also diminished and hence work on many projects, which had previously stalled and subsequently debottlenecked, is still to resume. Reserve Bank of India (RBI) surveys show significant excess capacities, hovering around 30 percent for many consecutive quarters. This has been exacerbated by increasing import substitution of domestic production.

In this environment, the proximate boost to capex programmes must be two-pronged: First, an appropriate increase of public expenditures and, two, a reduction in interest rates.

This article discusses the top issues the government must engage—both as part of its revenue and expenditure exercise as well as off-budget initiatives and reforms to supplement the planned spending—with a continuing focus on ease of doing business, particularly in relation to infrastructure and other large projects.

With the discontinuation of subsidies on diesel and petrol and streamlining of LPG subsidies, the subsidy allocation to fuels fell from Rs 85,300 crore in FY14 to Rs 30,000 crore in FY16. Some of these savings were offset by higher subsidies for food and fertilisers, necessitated by a second year of poor rains and widespread agrarian distress. Nevertheless, using the space created by lower subsidies, the Centre’s capex expenditures were budgeted to increase from Rs 1,92,400 crore to Rs 2,41,400 crore, a 26 percent rise.

Herein lies the inherent tightrope walk for Budget 2016. As noted above, government capital expenditure needs to increase to enable a ‘crowding in’ of private sector expenditure. Besides directly increasing capex spends on projects, the budget will seek to increase equity funds of public financial institutions, and of corpuses like National Infrastructure Investment Fund (NIIF). The first trade-off is balancing the Seventh Pay Commission recommendations with the higher capital spending required.

At the same time, it is imperative to continue on the path of fiscal consolidation. Global experience strongly suggests that fiscal prudence is one of the best enablers of sustained growth. Sovereign ratings decisions will consider the quality of spends, which, together with the quantum, can sustainably increase growth. This is also important for the RBI to gain confidence in continuing with monetary policy easing—a key input for further cuts in bank lending rates.

The government had committed to a path of fiscal consolidation in Budget 2015, envisaging a fiscal deficit of 3.5 percent of GDP in FY17, down from 3.9 percent in the current fiscal. A lower deficit certainly enhances the government’s credibility on fiscal rectitude, but maintaining a dogmatic position in this regard could turn out to be restrictive given the weak economic environment.

Balancing the two apparently conflicting objectives, however, will need adroit generation and deployment of resources. One avenue for opening up space for increased capex spends is through rationalising government expenditures, redeploying the resulting savings for productivity increases, promoting skill development and leveraging dedicated funds for attracting private sector debt. Recommendations of the Expenditure Management Commission, an interim version of which has reportedly been submitted already, must be implemented.

The second way to increase spends is through monetising substantial assets owned by the Centre. The Union government, as of March-end 2014, owned Rs 2.2 lakh crore in land assets and Rs 2.6 lakh crore of investments in equity shares. These holdings are accounted at book value, and the actual valuation is likely to be multiple times. Practical leveraging of land and other tangible assets and a sensible disinvestment programme can raise significant funds, even if asset valuations are unlikely to be attractive over the next year. A boost in growth over the next couple of years is likely to more than make up for the immediate notional loss of revenues. 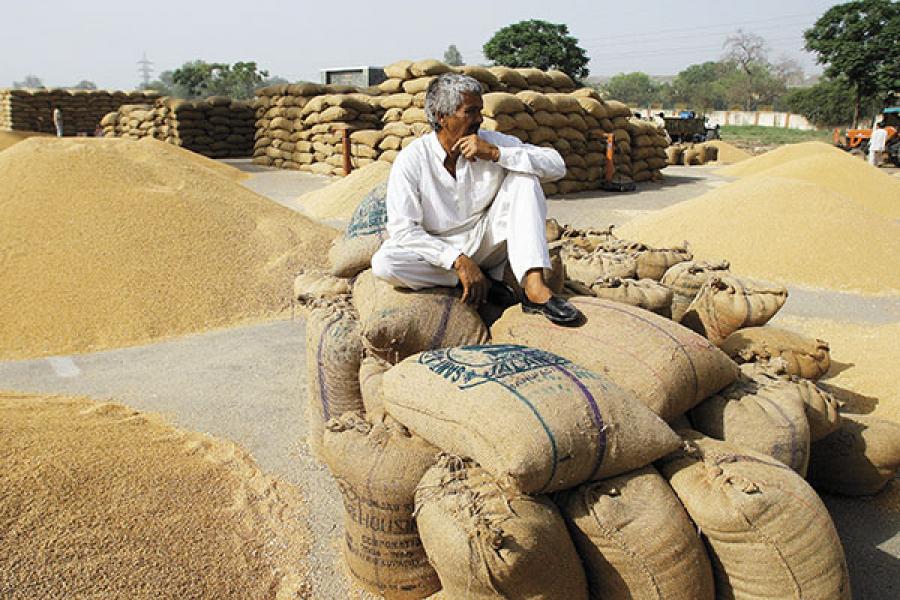 Image: Getty Images
Establishment of a national agriculture market, with online mandis where farmers can sell across states, will boost farmer realizations

Other than capex spends, one key economic segment which is likely to have large multiplier effects on demand is agriculture. A cost-effective programme to mitigate growing agricultural risk is the Crop Insurance Scheme which has already been initiated by the government. The budget expenditure for fertilisers was Rs 73,000 crore, and Rs 1.24 lakh crore for food in financial year 2015. By restructuring the Minimum Support Price (MSP) component of food subsidy, and by tweaking channels of fertiliser subsidy payments, the government can potentially save the amount required for comprehensive crop insurance, the cost of which is estimated to be Rs 8,000-15,000 crore per annum.

The budget is a pulpit to shape incentives, create institutions and generate an enabling environment for individual enterprise and job creation. For one, India’s household financial savings need to increase, to fill the resource gap for the funding needs of the massive capex programme. Incentives for this, too, have to be balanced with increasing consumption demand, which can begin to increase capacity utilisation.

The Centre, despite political and legislative logjams, has already initiated a multi-pronged approach to reforms and process improvements, and these will encourage private participation and risk taking. For instance, inter alia, the prime minister’s Jan-Dhan Yojana has exponentially increased last-mile financial access and deposit account creation, the coal mine auctions have created the potential of freeing up a critical mineral resource, More Crop Per Drop and Soil Card programmes are gradually alleviating crop productivity deceleration.

However, some initiatives announced in Budget 2015, critical for sustainably accelerating growth, are still pending. The NIIF needs to be implemented quickly. The government has already increased budget allocation for core equity into NIIF to the tune of Rs 40,000 crore, a portion of which should be appropriately leveraged for resolution of stressed assets of the banking sector.

On the legislative front, the proposed bankruptcy law will probably have broad bipartisan support. Tardy resolution processes have hindered both new asset creation, due to investor worries about exit, as well as resulted in sub-optimal extraction of the best value of assets. Enacting the law on the lines of the framework suggested by the Bankruptcy Reforms Commission will not just help in reviving capex sentiment and increase credit flows, but also serve to deepen the corporate debt market, which is key for funding investment.

Land is the most used collateral for credit and lending, and is critical for increasing credit flows to micro and small enterprises. GIS mapping technologies, computing power and cheap data storage can facilitate digitisation of land records. The most effective strategy on digitization is probably to concentrate on dense urban areas to start with and gradually radiate to peripheral areas.

Boosting farm output and agriculture are not just critical for mitigating the increasing rural distress, but also for generating opportunities for employment, migration, as well as managing urbanisation. Establishment of a national agriculture market, with online mandis where farmers can sell across states, will boost farmer realisations, even if taxes still continue to be paid to the Agricultural Produce Marketing Committees (APMC).

The government has already rationalised pricing frameworks for many fuels. This needs to be expanded for optimal allocation of resources, particularly natural gas, minerals and spectrum. Adverse distributional impacts as a consequence of deregulated prices can be compensated through targeted subsidies, delivered directly to affected entities. This is likely to minimise first order distortions which impede investments.

India stands at a defining moment, poised to join the ranks of middle-income countries within a generation. The International Monetary Fund, in its recent outlook update for 2016, forecast that India will grow faster than other large economies in 2016. Investors are looking to India to provide an impetus to global growth, when China and other large economies are weakening. Adept management of reforms will provide a stable foundation for high and sustained growth, while ensuring equitable sharing of opportunities for all segments of society.