The challenges of implementing GST

There are more hurdles to overcome than just parliamentary clearance 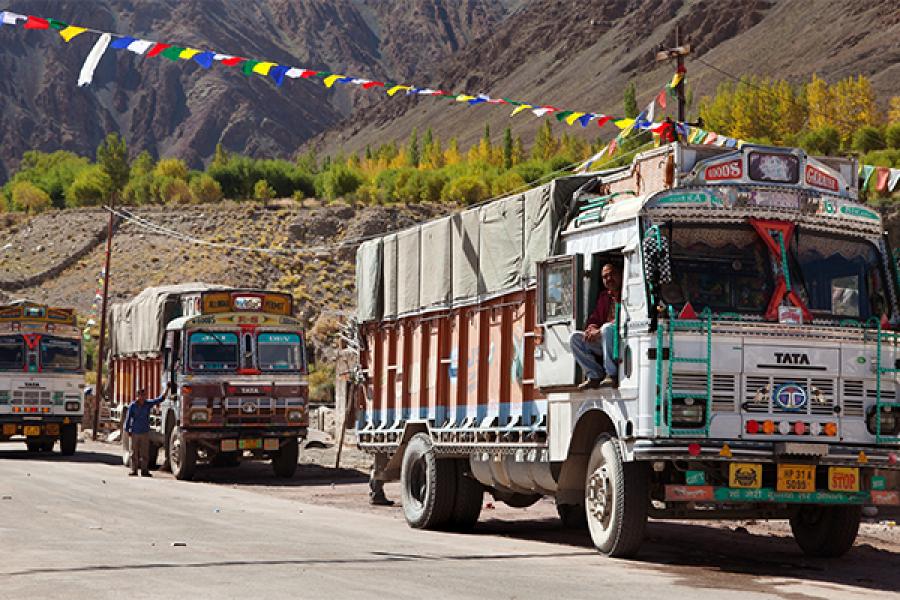 The introduction of Goods and Services Tax (GST) is one of the biggest tax reforms for India. GST is not just a tax change but it will benefit the economy as a whole and have far-reaching impact on businesses.

• GST is meant to simplify the Indian indirect tax regime by replacing a host of taxes by a single unified tax, thereby subsuming central excise, service tax, VAT, entry tax, etc. However, there is a plethora of challenges before the government for its successful implementation. Some of these are highlighted below:

- The GST Constitutional Amendment Bill was passed by the Lok Sabha in May 2015. However, the government faced tremendous political set-backs and failed to get it passed in the Rajya Sabha during the monsoon and the winter sessions last year.

- Once this is achieved, another Herculean task would be to get the GST Bill passed by the respective state governments in state assemblies. The government would also be required to put the GST bill in the public domain and give sufficient time to all stakeholders to comprehend and give their views on the bill.

- A large part of the success of GST depends on two prominent factors – ‘RNR’ and ‘threshold limit’ for GST. RNR, ie the Revenue Neutral Rate, is the rate at which there will be no revenue loss to the government after implementation of GST. Needless to mention, RNR will impact India Inc adversely, if it is unduly higher than the present tax structure. Based on the study conducted by National Institute of Public Finance and Policy (NIPFP), RNR was decided at 27 percent. However, recently the Economic Advisor Panel recommended an RNR of 15 percent  to 15.5 percent, ie a lower tax rate of 12 percent and a standard tax rate of 17 percent to 19 percent.

- Further, the threshold limit of turnover for dealers under GST is another bone of contention between the government and the Empowered Committee, aiming to broaden the tax base under GST.

- Another factor that will impact the success of GST is the robust IT backbone connecting all state governments, trade and industry, banks and other stakeholders on a real-time basis. The government has already incorporated an SPV viz. – Goods and Services Tax Network (GSTN), which has to develop a GST portal – front-end system for trade and industry and back-end system for all government agencies. GSTN will ensure technology support for registration, return filing, tax payment, IGST settlement, MIS and other dashboards on GST portal to all the stakeholders.

- GST is quite different from the existing indirect taxation system in the country. For effective implementation of GST, tax administration staff – both at central and state levels – would require to be trained properly in terms of concept, legislation and procedure. The tax administration staff would also need to change their mindset, approach and attitude towards the tax payers. And for this, they would have to ‘learn, unlearn, and relearn’ the GST not only in letter but in spirit too.

- As per the Constitutional Amendment Bill placed in the Lok Sabha, it was proposed that states would be allowed to levy an additional 1 percent non-vatable tax on inter-state supply of goods for the initial two years, in order to compensate the states for loss of revenue while moving to GST. This was supported by a few states, while a few others criticised the same. However, recently the Empowered Committee recommended abolition of the additional tax. There is no clarity on the same yet.

• These are some of the major challenges before the government and the industry, ahead of the actual implementation of GST.

What change is expected in this budget:

• In the previous budget, the government indicated the date of April 1 2016 for the implementation of GST. However, given the set-backs suffered in the Parliamentary sessions in 2015, this date is far from reality.

• The bill is pending to be passed and no concrete instructions have been issued on the structure, draft, scheduling of implementation and procedural aspects of the law rendering lack of clarity among the stakeholders. Therefore, it is imperative that the government provides a clear line of sight in the upcoming budget for the draft structure of the statute enabling the industry to commence preparation for the same.

• GST will be a welcome change for the economy since it is expected to simplify the indirect tax structure in India. However, it is expected to have far-reaching impact on businesses. While the Constitution Amendment Bill has not yet been passed, at this stage, the businesses should prepare for GST by undertaking GST impact assessment study and have a high-level plan for the GST transition.

• A study by the National Council of Applied Economic Research (NCAER) had estimated that roll out of GST would boost the India’s GDP growth by 1 percent to 2 percent. Crisil had also reported that GST is the best way to mobilise revenue and reduce the fiscal deficit. GST has been commonly accepted by more than 140 countries in the world. Looking at the magnitude, GST is going to impact all sections of the society – from small time businessmen to huge conglomerates and from a developing state to a developed state in this country. The implementation of GST will give a boost to the growth engine pursued by the government.