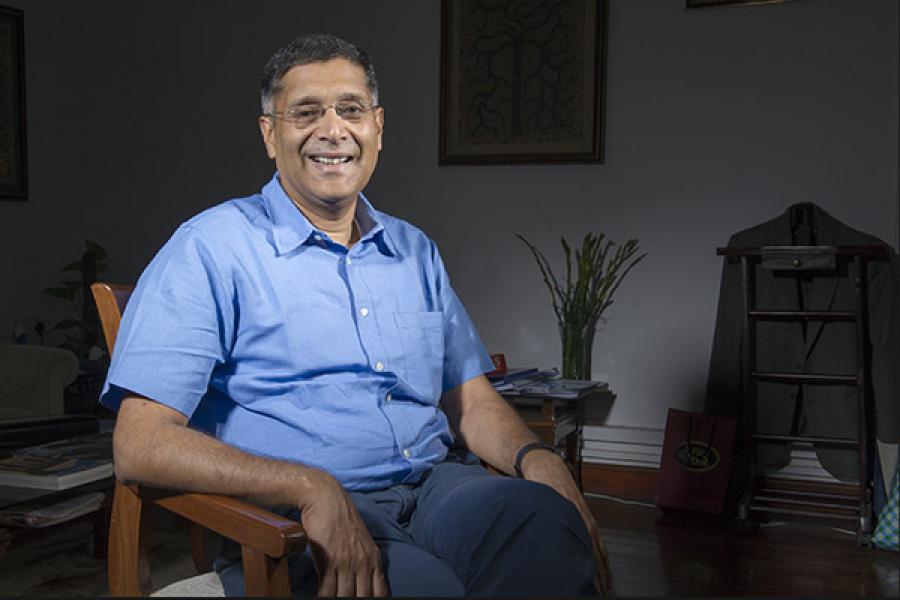 Chief Economic Adviser Arvind Subramanian forecast economic growth between 7-7.75 percent in 2016-17 on Friday as he explained the Economic Survey of India days ahead of Monday’s Union Budget. Subramanian has also predicted an accelerated growth rate between 8-10 percent over the next two to five years. The CEA also stated that there is scope of monetary policy easing by the Reserve Bank of India, which would pump in much-needed liquidity into the financial system.

The Economic Survey was tabled in Parliament on Friday and expressed confidence at the government’s ability to achieve the fiscal deficit target of 3.9 percent. The CEA once again reiterated the fears expressed in the survey that the world economy was grim and worsening economic scenario would signal a slowdown for the Indian economy as well. Therefore, while the GDP growth rate was 7.2 percent for 2014-15 and 7.6 percent for 2015-16, it has been downgraded to between 7 percent and 7.75 percent in FY 17. This year’s GDP assessment has been done keeping external global factors in mind, said Subramanian.

But the Economic Survey still noted that in spite of the slowdown fears, India would remain the world’s fastest growing economy and a “haven of stability”. The CEA emphasized three downside risks including exports hit due to global turmoil, unexpected crude oil costs and lastly, a combination of the two. But more spending due to higher wages and increased liquidity due to 7th Pay Commission and a favourable monsoon, would provide encourage consumption.