Home to 130 million of its 200 million users, India is Truecaller's top market. And with new features like Hindi transliteration and availability in local languages, the company aims to add 100 million Indian users annually 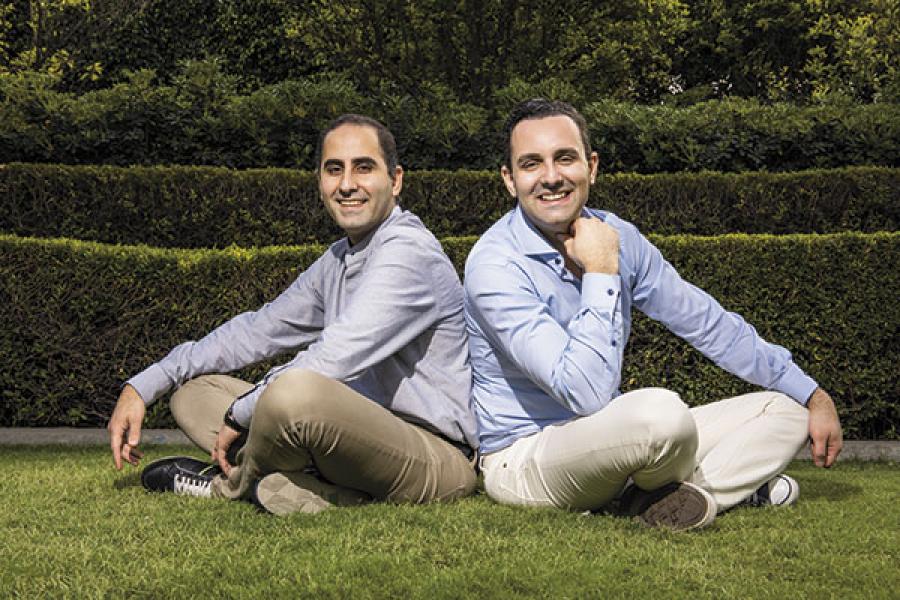 In 2007, the duo’s desire to better furnish their apartments led to the creation of Möbeljakt.se—a furniture aggregator app. A year later, when Mamedi was facing the brunt of an over-demanding boss, the two launched Jobbigt.se, a website where employees could review their employers.

In 2009, when Mamedi’s job required him to receive international calls at unearthly hours, they knew they had to find a way to filter the important calls from spam. That was the genesis of Truecaller.

Sitting in a private conference room at a Gurgaon hotel in early March, Mamedi and Zarringhalam concede that their own needs inspired their business ideas. Though they have exited their first two ventures, their True Software Scandinavia AB, which owns the Truecaller app, has become an unrivalled global business, growing from strength to strength, especially in India.

The Indian market, with its growing number of smartphones and internet penetration—over 371 million Indians will be using the internet by June, according to data compiled by the Internet and Mobile Association of India and business consultancy firm IMRB International—is Truecaller’s top market contributing over 130 million of its 200 million users. Two years ago, the India user base was just 25 million, meaning the company is more than doubling its users in the country annually. It claims that two out of every three smartphones in India have the Truecaller app.

The Truecaller service allows users to find out the owner of any phone number from its database, which is created by crowdsourcing contact details from users’ address books. So, even if you’ve never used the service, your name and number could be on Truecaller’s database, if at least one of your contacts has shared it. The app has an integrated caller ID service which automatically searches for contact details when a user receives a call and also helps with call-blocking.

To ensure that privacy is safeguarded and the data remains secure, Truecaller insists that everything is “permission based”. A number will not be stored in Truecaller’s servers if the owner has denied permission. Truecaller has a staff of 80, including 65 engineers who ensure that various checks and balances are in place. “Each of our engineers is handpicked and they are the best in the world,” says Mamedi. “We make sure that a third party screens whatever we build before it goes to production.”

The utility of the service in blocking spam has made Truecaller the third most downloaded app in the country after Facebook and WhatsApp. “India is one of our most exciting markets especially when it comes to growth,” says Mamedi, co-founder and CEO of Truecaller. “We are solving a major pain point for the users when it comes to communications.”

Hindi transliteration, availability in 11 Indian languages and the instant messaging app Truecaller Messenger have fuelled the company’s growth and popularity in India.

The fast-paced growth also has to do with Indian behavioural trends. An average Indian user makes over 12 calls a day and receives more than 10 calls, according to Truecaller’s data. So a user interacts with their phone more than 20 times a day, which explains why the startup merged its Truedialer app—which offered details of a number before an outgoing call is connected—with its flagship Truecaller in March this year.

Truecaller also chose India for the global rollout of its TrueSDK service that allows third party apps to verify users with their Truecaller profile and a substantiated phone number, instead of the commonly-used email address. This feature will benefit scores of Indians who use cellphones but do not have email addresses. Truecaller has tied up with at least a dozen startups such as Quikr, redBus, Goibibo, ShopClues, Naukri.com and OYO Rooms for this.

“Phone numbers have become a mode of personal identification in ‘next billion markets’ but solutions today are mapped to emails,” says Zarringhalam, co-founder and chief strategy officer at Truecaller. “In India alone, there are over a billion subscriptions of phone numbers. Apps and services have become critical to a user’s daily life. So to provide for phone number verification is immensely important to onboard users in a frictionless manner across these markets. That’s why TrueSDK makes sense,” he says. Facebook, Twitter and Google+ also offer verification features but are linked to email addresses.

Forbes India has exclusively learnt that former Vodafone CEO Arun Sarin has also joined Truecaller as an investor for an undisclosed amount, to bolster the company’s innovations and expansion plans. Sarin will be a part of the company’s board as one of its advisors. “After spending time with the founders, and hearing their vision and global ambitions, I felt this is something I want to be a part of,” Sarin told Forbes India on email.

“With the spirit and determination of the founders and the team, I am confident they will be able to fully achieve their potential. I will be involved in the advisory board to support the company with guidance on overall strategy,” he writes. Truecaller has so far raised $80 million across four rounds from the likes of Atomico, Sequoia Capital and Kleiner Perkins Caufield & Byers among others.

Monetisation, however, remains key for the company that currently has two platforms to bring in revenues: Advertisements and the Truecaller Pro Subscription, an ad-free version with additional features like Contact Request where a user can ask for the contact information of any Truecaller user.

“We are thrilled to witness a great level of traction for our ad inventory opportunities,” says Kari Krishnamurthy, vice president, growth and partnerships, Asia and India country manager, Truecaller. “The reason is three-fold. Truecaller offers three key parameters which every brand cutting across categories would want to optimise: Scalability, reach and engagement.”

And as Vishal Tripathi, research director at research and advisory firm Gartner, points out, the benefit of the app has been proven in recent years, making it indispensable to the Indian consumer due to its monopoly. “In an emerging market like India, talking about monetisation is easy but implementing it is difficult,” he says. “Truecaller has a monopoly in caller identification and therefore, it should go in for monetisation. If it charges a nominal amount, I do not see any reason why people will not pay in the absence of competition.”

With its 200 million global users, Truecaller has a big hold in the caller identification space. But there are big fish snapping at the duo’s feet. Companies such as Facebook, Google, Apple and Samsung have been attempting to chew off a bit of the caller ID pie. Of the upstarts in the area, Google’s Android N has created the most ripples but not enough to worry the Truecaller team, at least not on the face of it. “It is interesting that they [Google] are also looking into this space… It is too early to say how their solution will work, but from the outside, it seems that it is targeted at carriers [than users],” says Mamedi. “After Android N is launched, it will be another year or two before it reaches a bigger mass, and by then, we would probably have innovated even more.”

With recent features such as Smart Call History, Availability and a new dialler, Truecaller intends to remain smugly on top. While Smart Call History will show the names and even pictures of unknown numbers, Availability tells you if a particular contact is preoccupied on another call. The spanking new dialler enables users to directly dial from the app without resorting to the phone’s dialler.

During their recent visit to India in 2016, Mamedi and Zarringhalam went from house to house in New Delhi’s Kalkaji area to gather feedback from consumers. From housewives to teachers, the duo collected valuable notes for potential India-specific features. “We got a lot of feedback on women’s safety, and how we can help improve it,” says Zarringhalam. “We are already doing that. They are using our service to block people. But besides that, they shared their experiences on cases where Truecaller helped them.”

“We want to be on every smartphone in India,” says Mamedi.