While the jury is still out on the fine print of the policy , here are some quick reactions from some of India's top entrepreneurial minds: 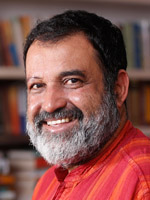 Mohandas Pai, chairman, Manipal Education:
I think they have done everything that they could have through notification without amending the law, because amending of law will have to go to Parliament (that) is disrupted and not working. The disruption of Parliament has happened for political reasons. What is enthusiastic is that PM came; he spoke and announced many policies, which means that he cares. I think there is a bright future for technology, startups and employment in this country. The government is listening. There were 11 secretaries sitting on the dais and answering questions and telling us that ‘we are here for you’. I haven’t heard that in 20 years. The Revenue Secretary saying that ‘I will look into tax matters’, I haven’t heard that at all.

I think in Modi’s reign, everything is too good to be true but it is actually happening on the ground because we see it. We have been engaged with them for the last three-four months. The only thing that is lacking in a big way is the Reserve Bank of India (RBI). We have been engaged with Governor Raghuram Rajan (and) he has promised to do things. I think we will (now) see some action from the RBI side.

Tarun Wig, co-founder, Innefu Labs:
Liberal and friendly economic policies pertaining to taxes, registration and foreign investment proposals will help businesses a lot to perform and sustain both in domestic and international market.Adam Neumann, CEO, WeWork (to Forbes India):
I think PM Modi truly put a step forward in supporting startups in India in a way that I haven’t seen in the world today.

Jayant Krishna, Chief Executive Officer, National Skill Development Corporation (NSDC):
There is a huge talent pool in this country and the proof of this is reflected in the startup boom. This is just the beginning, we will see startups driving the social economic growth. Start up India offers immense opportunity to the youth where the government is also assuring them the ease of doing business.  I am confident that our youth will leverage this to create new opportunities for themselves and also create employment. 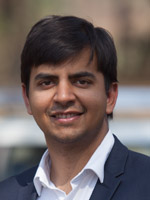 Bhavish Aggarwal, co-founder and CEO, Ola Cabs (pictured left):
This event itself is a big win for the whole startup industry. The government secretaries told their vision, the ministers, the Prime Minister gave such a wonderful speech. That’s the biggest recognition and the path forward is so exciting. The initiatives (tax exemptions) are wonderful.
Rajat Tandon, vice president – 10,000 Startups, NASSCOM:
We had asked for minimum compliance, harmonization of taxes, tax exemptions, government adoption, enhance IPRs etc., which is all there in the Startup Action plan. So we are very happy with the policy. What PM Modi has done for the startups is commendable and will go a long way in boosting the startup eco-system in the country. India ranks third in tech startups and fifth in all startups globally. This will certainly pull up points for us. We can hope to be in the second place in a year. 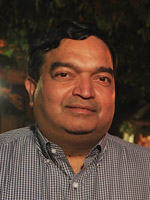 Ravi Gururaj, founder and CEO, QikPod (pictured right):
Tax exemption announcements are very interesting and good first steps. There are other things that they are thinking about holistically, about nurturing in terms of incubation centres etc., which is very important. They are taking a longer-term view and I hope this is the first set of milestones in a long journey.

There are still some things that attract people to go and set up elsewhere. I think those are work in progress.

There are still some challenges that Mr Modi himself acknowledged that many of these things would have to be passed into law, which in itself is a challenge. He is clearly indicating his desire and trajectory and it comes down to how we will implement this.

Rahul Jalan, Director, www.indiaonline.in:
Prime Minister Narendra Modi’s ‘Start Up India, Stand Up India’ initiative will simplify the things and doing business in India will be easier than ever. Finance Minister Arun Jaitley has promised that he is going to announce a friendly tax regime in the Union Budget next month, which is really a big relief for the corporate sector. 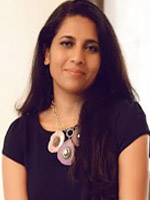 Suchi Mukherjee, founder, LimeRoad (pictured left):
It is a step in the right direction. It has some things, which will immediately remove barriers when implemented, for example, setting a company in a single day. The way PM Modi spoke potentially triggered a real mindset and cultural revolution in India. It is okay to start up, it is okay to fail, it is okay to go through ups and downs and wind up (business). If India can get into that mind space we will see incredible innovation and change in the country.
Sreedhar Prasad, partner, Management Consulting and Strategy Office, KMPG:
This is transformational because nobody has tried this kind of a thing. This is the first time that a government has done something, which is parallel to an already disruptive economy. Startups are disruptive; governments are not disruptive. This is the first time that a government is matching with these young guys. Consistency and speed of implementation will be very critical. 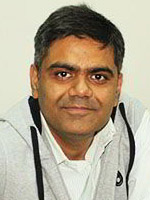 Manish Kumar, Co-founder and CEO, GREX (pictured left):
The Prime Minister’s announcement of the Startup Policy had quite a few important and measurable benefits that the startups can gain from. Most importantly, the Prime Minister and the Finance Minister outlined a change in the principle approach of the government towards the economy – that the government wants to stay away from deciding and directing on what needs to be done. Instead, the Government looks at a policy of arm’s length enablement. This stand is a bold new change in the government policy and disruptive in its own right.

Venture debt was miserably missing in the ecosystem. Startups have only been used to equity as a mode of capital. GREX is completely poised to launch venture debt in a few weeks’ time. This will help our partner Banks and NBFCs walk the road along with us more aggressively as credits become guaranteed.

Another big thing that was anticipated but not announced is the addressal of concerns around notional valuation gains to investors over and above the fair market value. The incidence of such tax deductions today lie at startups’ end. The ecosystem will expect more details on this front. However, the Prime Minister’s assurance on this is welcome. Some other welcome steps in favour of companies and therefore their investors are retention of profits by the company for three years. 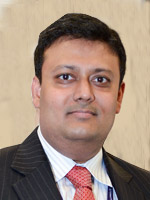 Shamit Khemka, Regional Director, Entrepreneurs Organisation, South Asia (pictured right):
This is the first government to recognise the startup space in India in such a big and official manner. We thank and congratulate the government and the prime minister on this initiative.
What Mr Modi rightly pointed was that entrepreneurs are scared of government interference, which will Change as there will be less interference and more support.

Govind Bansal, co-founder, Aqua:
Due to a slow procedure consumers are deprived of good options and businesses are unable to meet the market demand with the right product at a right time. As Finance Minister Arun Jaitley has ensured that It is a final break from the conventional Licence Raj of India, we expect that things will be easier and simpler in future.

Himanshu Meena, founder, Parsel (Dropbase Software Pvt Ltd):
The most refreshing aspect was PM's pointed emphasis on minimum government intervention and promise to ease bankruptcy laws. These indicate the government's willingness to provide space to entrepreneurs for experimentation, without worrying too much about archaic legalities. With newer business models we see that existing legal frameworks are found wanting, as with shared economy models of AirBnb or Uber. In such (a) scenario, PM’s rhetoric asking startups to ‘tell us what to do’, was very reassuring. 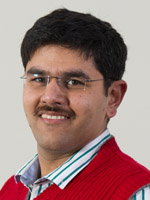 Samay Kohli, co-founder and CEO, Grey Orange Pte Ltd (pictured left):
I was looking at registration, public procurement and patent registration, and they all figured in the action plan. The problems that we faced in the initial three-four years will be covered and entrepreneurs will have different problems to fight than these basic ones to fight in India.
Prafulla Mathur, Founder and CEO, WudStay:
The initiative launched by PM Modi today will surely set an enabling and conducive environment for startups in India. We are overwhelmed to have such support from the Government which will certainly make a big boom in the Indian startup ecosystem to fuel the economy and create new age jobs. The policies announced today at the programme, open doors for massive opportunities, boost further investments and innovations. We look forward to implementation of tax framework for startups and how regulations are reduced to help smoother operations.