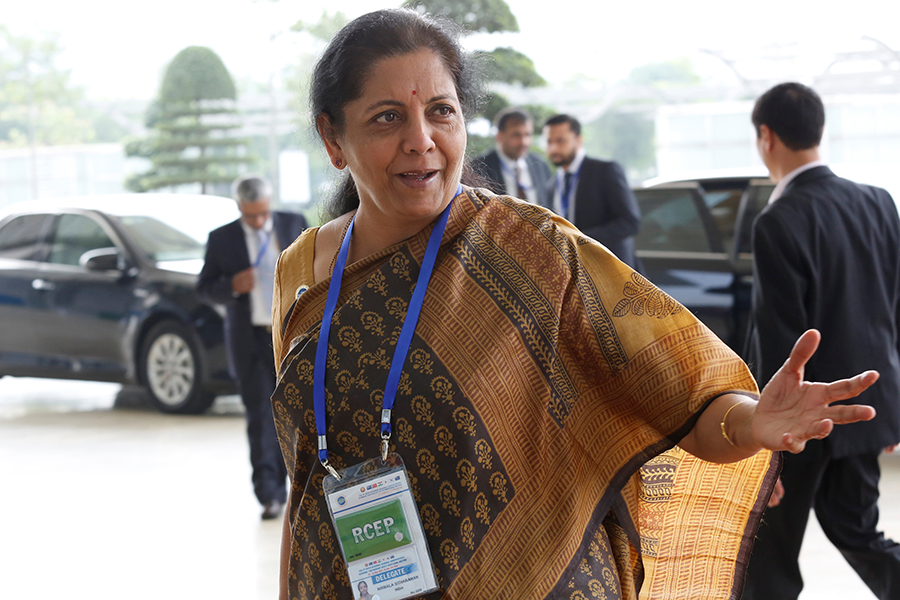 “We are here to help you. We want you to succeed. Startup India is on your side,” said Sitharaman. “We are now running at pace with all of you (startups) and you can expedite us further.” The minister also shared future plans of organising a startup summit for SAARC countries in order to facilitate dialogue and communication. “We are looking at organising a SAARC countries’ meet for startups, where mutually beneficial ideas for innovation can be worked out,” Sitharaman said. “We’ll create the space for startups to interact, but the topics, format, who to invite etc. have to be decided by the startups themselves.”

Signaling further collaboration between the government and startup entrepreneurs, Sitharaman called for assistance in better branding products and ideas from India. “We are finding ourselves short on qualified people when we think of branding products from India. I would want startups to help the government in that. I invite all of you to come forward with us and brand India, brand Indian projects and bring uniformity and novelty to our approach,” she said.

The Startup India Hub would enable startups gain access to knowledge, mentors, resources, appropriate government schemes and a host of other useful services. “By taking continuous feedback, we have been able to innovate our policies. We hope to do better than what we have done so far,” Department of Industrial Policy and Promotion (DIPP) Secretary, Ramesh Abhishek said.

Tweets by @forbesindia
Can Amazon do what Walmart couldn't, stop the 'wheel of retailing'?
Tomorrow's leaders