Hong Kong: Behind the umbrellas, the story of the uprising

Hong Kong literally means fragrant harbour. At present, a big pro-democracy movement is being met with the odour of tear gas there 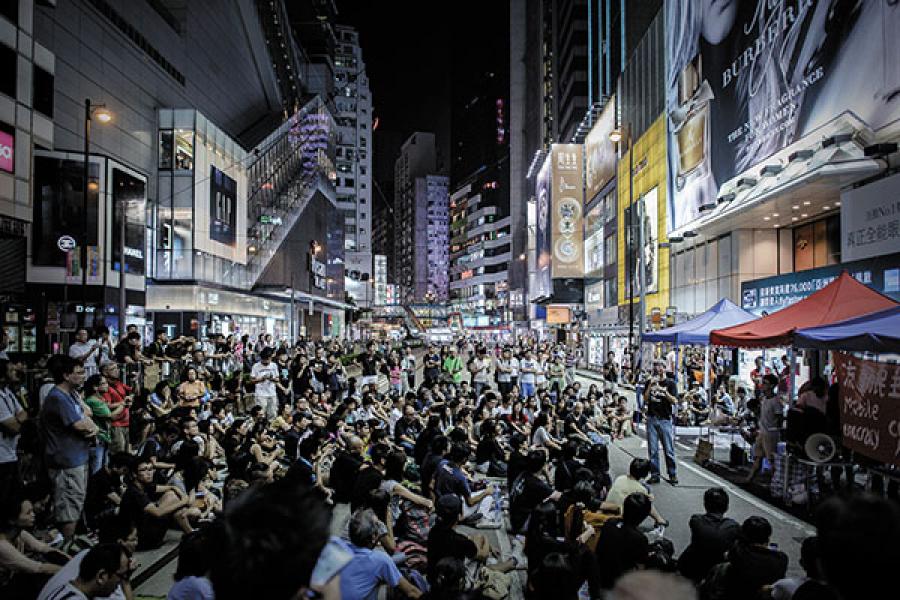 Image: Getty Images
A democracy classroom organised next to a barricade of pro-democracy activists in Hong Kong on October 5. The protesters took over the streets after China’s refusal to grant citizens full universal suffrage

1. Hong Kong became part of China around 200 BC and flourished as a centre for trade, pearl gathering and salt production. During the Mongol invasion of China in the 13th century, many Chinese refugees took sanctuary there.

3. According to the The Global Financial Centre’s 2014 Index, it is Asia’s biggest financial centre. Somewhat fittingly, Hong Kong Special Administrative Region doesn’t have a prime minister or president; it has a chief executive. The incumbent, Leung Chun-Ying, lives in a colonial-style Government House, constructed in 1855 in central Hong Kong.

4. Home to many of Asia’s super-rich, Hong Kong—like its rival Singapore—has among the highest income inequality figures for developed countries. In 2013, a Bloomberg report said: “Hong Kong’s Gini coefficient, a measure of income inequality, rose to 0.537 in 2011 from 0.525 in 2001, the government said last June. The score, a high for the city since records were kept from 1971, is above the 0.4 level used by analysts as a gauge of the potential for social unrest.”

5. Hong Kong has 7 million residents and gets almost eight times that number as tourists. In 2013, more than 54 million tourists visited Hong Kong, up 11.7 percent from 2012, with 75 percent of them from Mainland China.

6. An estimated 5,00,000 demonstrators took to Hong Kong’s streets on July 1, a public holiday, the most since similar protests in 2003. Their demand: To choose their own candidates rather than pick from Beijing’s bouquet. Many of the protesters were students who did their homework, cleaned up after themselves and avoided walking on the grass surrounding Hong Kong’s cenotaph.

7. The umbrella became a symbol of the movement. Students had initially brought them along to shield themselves from the sun. They later used the umbrellas to fend off tear gas from riot police.

Tweets by @forbesindia
Taj's collection of paintings will leave you speechless
VLCC celebrates silver jubilee, readies for an IPO