What You Should Know About the Alibaba IPO

CKGSB Professor Teng Bingsheng, an expert on the Chinese e-commerce sector, walks us through the issues involved in the Alibaba IPO, such as disclosures, the company's ownership structure and valuation. 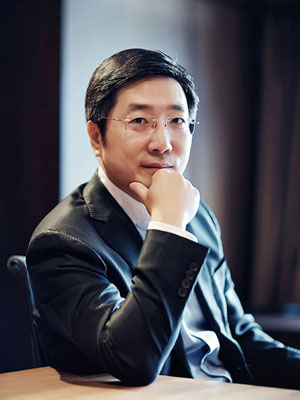 In a period that’s been characterized by rapid innovation in China’s high technology sector, Alibaba’s IPO—potentially one of the largest public offerings of all time—has been one of the most widely-anticipated events of the year. The IPO is expected to raise $20 billion , making it bigger than Facebook’s $16 billion IPO and Visa’s $19.1 billion IPO (the largest IPO in US history thus far). Many are watching this IPO closely. Some are intrigued by the “mystique” and complexities offered by the explosive growth of internet and e-commerce in China, while others are attracted simply by the tangibility of Alibaba’s crown jewels : the C2C (consumer-to-consumer) retailer Taobao and the B2C (business-to-consumer) portal Tmall.

Regardless, it’s quite obvious that the behemoth company that Jack Ma founded, which is now technically the world’s largest e-commerce company , has attracted attention from every corner of the world—from industry practitioners and institutional investors, to academics eager to study the Alibaba phenomenon.

Yet with all the hype surrounding this mega-event, there have been numerous questions and concerns raised: from the sustainability of Alibaba’s current and future business model in the context of broader industry trends, to its ultimate IPO valuation and how various factors will impact its value. CKGSB Knowledge had the opportunity to sit down with Teng Bingsheng, Associate Professor of Strategic Management at CKGSB, to discuss these very questions. Teng, widely acknowledged as an expert on China’s e-commerce sector, has followed Alibaba and its evolution very closely since its inception in 1999, having published several articles, case studies and interviews on both Alibaba and e-commerce in China. His academic background and expertise on the company offers a fresh perspective on Alibaba.

In this interview Teng explains the various issues involved in Alibaba’s IPO—such as disclosures, the company’s structure and the valuation.

Q. There’s been some chatter amongst skeptics about Alibaba’s international expansion plans. Do you think they will actually be able to replicate their success abroad?
A. Probably not any time soon—Alibaba started as a bridge between China and the rest of the world. It was an import and export platform for the small to mid-sized importers in other parts of the world to find Chinese exporters (later on, it established C2C, B2C, Taobao, T-mall and so on). For the time being, Alibaba will probably focus on its e-commerce platform in China and maintain this bridge between the East and West. International expansion will probably not be a top priority for the company.

Q. One of the major concerns leading up to Alibaba’s IPO is the limited amount of disclosure due to Chinese regulations. How do you think this will affect interest from the major global institutional investors?
A. Probably not much at all. First, the most sensitive business under Alibaba is its financial arm [Alipay, often called China’s PayPal] because it is tied to the stability of China’s financial system. Since this will not be part of the IPO, [details of] this financial arm will not be disclosed through the IPO. Information and data surrounding the billions of deals that are transacted on Alibaba will also not be disclosed due to national security reasons. Institutional investors will understand the limited disclosure due to the sensitivity of these data, as well as the precedent Chinese internet IPOs (such as Baidu) that faced similar restrictions in disclosure. For these reasons, I feel that the limited disclosure due to Chinese regulation is already priced into Alibaba’s valuation.

Q. In addition, there’s also been some concern around the company’s structure and how it concentrates power into a few hands. For example, even though Jack Ma owns fewer shares than the leading shareholders Softbank and Yahoo, he has more voting power in terms of nominating the board of directors. Do you see this as a potential issue?
A. This has definitely been a significant issue, and precisely why Alibaba ultimately chose to list in the US (Hong Kong refused this type of governance structure). At the same time, I believe there are certain valid reasons for having this kind of structure. First of all, you can look at Baidu and other precedent Chinese companies that share a similar dual-class structure, so this is not a new phenomenon. Second, if stakeholders such as Softbank and Yahoo had more voting rights than Jack Ma and his team, this would actually undermine the confidence of the management team to some extent. So that’s the reason why Jack Ma and his team are so determined to pursue this structure and have this protective mechanism in place, that they would rather go for a lower valuation in the US rather than a higher valuation with a standard governance structure in Hong Kong. I think that most shareholders will understand the reasoning behind this structure, because investors in Alibaba will trust Jack Ma and his judgment and commitment to the company.

Q. When it finally comes time for the public to value Alibaba, there are some key questions that will determine whether the company is worth just $120 billion, which is the internal valuation currently, or the $250 billion that certain analysts forecast. Some of these questions are, for example, how will the deepening increase in seasonality in company sales complicate growth calculations and investor expectations?
A. Valuation is always tricky in IPOs. As with mergers and acquisitions, there’s no simple formula to calculate a company’s value. Despite the seasonality risk associated with certain internet companies, Alibaba has experienced steady and sustainable growth over the years. As long as the growth potential is there, as well as the dominating platform continues to control China’s e-commerce market, investors will be able to triangulate to a value. Of course, you have to also look at its valuation by comparing it to its publicly-traded peers such as Amazon, eBay and Qihoo 360. So I think if you look at these peers, even the outside valuation of $250 billion would not be too outrageous.


Q. Currently, the majority of Alibaba’s profits come from its PC business, but we have seen a shift from PC to mobile in the past few years. Is this going affect or negatively impact Alibaba in any way?
A. Of course, it will put a big question mark on the growth potential of Alibaba. However, I am personally confident that Alibaba will be able to transform its business from PC to mobile in the process due to its loyal and sticky user base. For example, if you are comfortable buying merchandise from Taobao on a PC, you will more likely migrate to the Taobao mobile app than switching to another e-commerce company on the PC.  So I think that PC versus mobile phone will affect any technology business initially, but as long as the platform itself is valuable, stable, and customers are happy with it, they will stay with the same company. Therefore, I think Alibaba will be fine, as they are also investing tons of money to shift to mobile, both organically and through acquisition.


Q. Alibaba’s going to operate a pretty complicated offshore structure in the Cayman Islands in order for the company to accept significant foreign investors. Do you think this will bring a discount to their valuation?
A. No, it will not. Other major internet companies in China already operate under this structure, so any sort of impact would already be priced into the valuation—it’s not an innovation. So I think that institutional investors would definitely understand that it is not a high-risk approach.

To read the full interview, click here. To find out whether Alibaba’s IPO marks a new stage for Chinese companies in the US, click here