Apple will continue to enforce patents against rivals 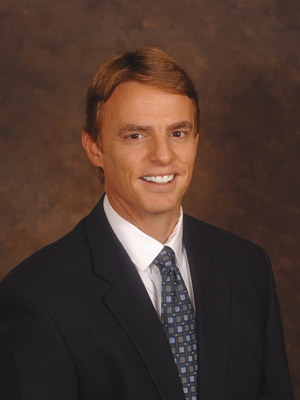 Q: Samsung in its post-verdict statement said consumers will lose out from patent monopolies for smartphones, and there’s only that much IP ownership one can claim over what is referred to as “rectangles with rounded corners.” There’s logic in that, don’t you think?
I think that oversimplifies the infringement issues in the litigation. But yes, I agree I was surprised with the successful enforcement of the design patent and trade dress claims. I’m sure most laymen look at the Apple design patents and wonder exactly what was considered unique enough to warrant a patent.

Q: Should shapes and colours be patented as original innovation?
Yes, absolutely. I would hope that the design patent applications are thoroughly evaluated for patentability.

Q: Patent laws for smart devices seem confusing and complicated. Does the current law impede innovation?
Even though the patent laws are quite confusing, I don’t see them as stifling innovation. On the contrary, once a patent is issued, it forces competitors to develop non-infringing designs, which often fuels innovation in place of imitation.

Q: Should Google, LG and HTC expect similar lawsuits?
Yes, I think Apple will continue its efforts to enforce its patents against other competitors. Typically, once a first lawsuit has been favorable, it becomes easier to bring subsequent cases since the validity of the patents have already been adjudicated once.

Q: What do you infer from Samsung’s subsequent win in a patent lawsuit filed by Apple in Japan?
The US and Japan litigations involved different patents related to different features, so the different results in the two countries is not surprising. Having said that, patent litigation is rarely an open-and-shut case, even in a single jurisdiction. Even for the same patent, results can vary from country to country.

Q: If Apple becomes a monopoly, could smartphones be priced out of reach of some consumers?
I don’t think so. Practically every patent can be avoided or ‘designed around’, so consumers will always have choices. Those alternative designs may lack certain features that a consumer desires. For example, a non-infringing smartphone may lack using one finger to scroll and two or more fingers to zoom in, as claimed in one of the Apple patents. A phone lacking those features would need to be priced accordingly.

Q: Some believe Apple should not, in its own interest, become a monopoly through litigation because monopolies could lose their innovation edge. Your opinion?
I disagree. If a company has a high R&D budget, but no IP protection for innovations, then they are essentially sharing their R&D with competitors.

Q: While IP laws rightfully protect private investments in R&D, are there too many frivolous lawsuits?
Oh yes! There have been a lot of headlines about patent trolls, which is not a flattering term. Usually we refer to them as NPEs.

Q: Would the costs incurred in defending NPE lawsuits affect the innovation process and the consumer?
In my view, if the patents being asserted survive a rigorous validity evaluation, then NPE rights should be the same as any other patent owner. That said, often small and medium firms lack the resources to defend a patent infringement lawsuit.

Tweets by @forbes_india
Podcast: Do we really Need Narendra Modi's brand of governance
The Real World of Business May Need an Academic Lesson