Eurozone can be rescued but needs political will: Vince Cable, British Secretary of State for Business

Dr. Vince Cable, British Secretary of State for Business, tells Rani Singh that Eurozone leaders have a plan to tackle the economic problem they just need the political will to put it into action 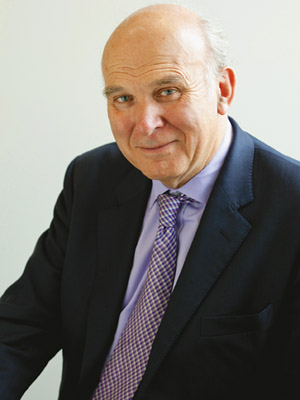 Q. So what is the solution to the Eurozone’s economic problem?
A. Everything I say has to be prefaced by pointing out that Britain isn’t a member of the Eurozone, so therefore, we don’t want to dictate to the Eurozone membership what they do. But we nonetheless recognise that this crisis affects us.

It affects us in two ways: One is trade—half of British trade is with the European Union, mostly with the Eurozone. The other reason is that our banks have a significant level of exposure, not particularly to Greece, but if you take Spain, Italy, Portugal, Ireland, that adds up to a significant level of exposure and naturally we want to avoid another shock to our banking system. So it’s very important that the Eurozone crisis is resolved in a sensible way.

Q. So what needs to take place now, and can it actually happen?
A. I think there is a broad understanding now of what needs to happen—the only problem is getting the political agreement amongst a significant number of sovereign governments as to how you implement these things within a rapid time frame. I think first of all there’s an acceptance that there has to be a banking union with a common approach to supervision, resolution of bank failures and the guarantees and deposits. There is a broad acceptance that there has to be closer fiscal integration in order to facilitate transfer payments from the richer to the weaker parts of the European Union, but with a set of disciplines so that the countries that are supporting the weaker countries have some control over expenditure, which is the key German requirement. That, in turn, implies a much higher degree of political integration within the Eurozone. I think that although Britain is not part of that, and we’re not opting to be part of it, we can see the logic of that succession of decisions.

Q. How do you see this being implemented? Won’t it take time?
A. It will take time. There has to be a build-up of political consensus. There are legal requirements that have to be met. The Germans have a constitutional court, for example. I think very often the critics underestimate what’s already been achieved. The Eurozone countries have already created a firewall to protect the spread of financial contagion. There have been significant advances in the last year in fighting this emergency. The big key steps are well understood by the governments concerned and it’s a question of making sure they’re now implemented.

Tweets by @forbes_india
HK Mittal: Stepping Up for Startups
Race to the Top